Markets reach their low for the week - now for the rally...

As stated last week, what happens by the close on Friday will have greater significance than how the week started. As things stand now, we are looking at a bearish reversal at resistance that points to a larger retest of the October low.  However, all is not lost.

The S&P finished today with a doji following two days of selling which concluded with a break of rising trendline support.  There is a MACD and On-Balance-Volume 'sell' trigger to work off if there is to be a bullish finish to week.  If bulls are to pull this off, then tomorrow needs to see buying throughout the day and at least a close above the 200-day MA. 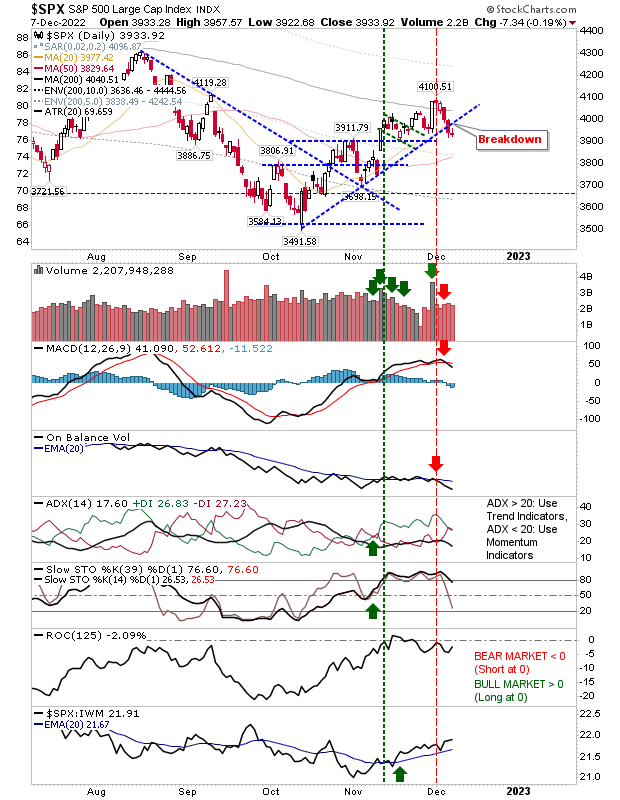 The Nasdaq also closed with a doji, but it was able to defend 50-day MA support in the process. Given the index is a long way from challenging the last major swing high we may instead be looking an extended trading range with the upperbounds shifting from 11,200 to 11,550. 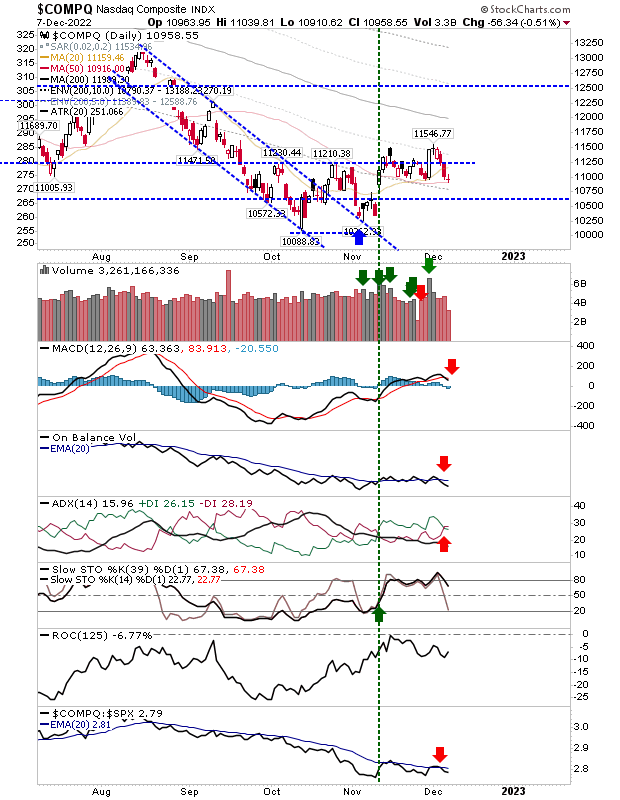 The Russell 2000 ($IWM) broke below rising support as part of a rejection of its 200-day MA. Today's losses came with a 'sell' trigger in On-Balance-Volume and ADX.  Things are getting a little scrappy for growth stocks; attention to focus on Large Caps. 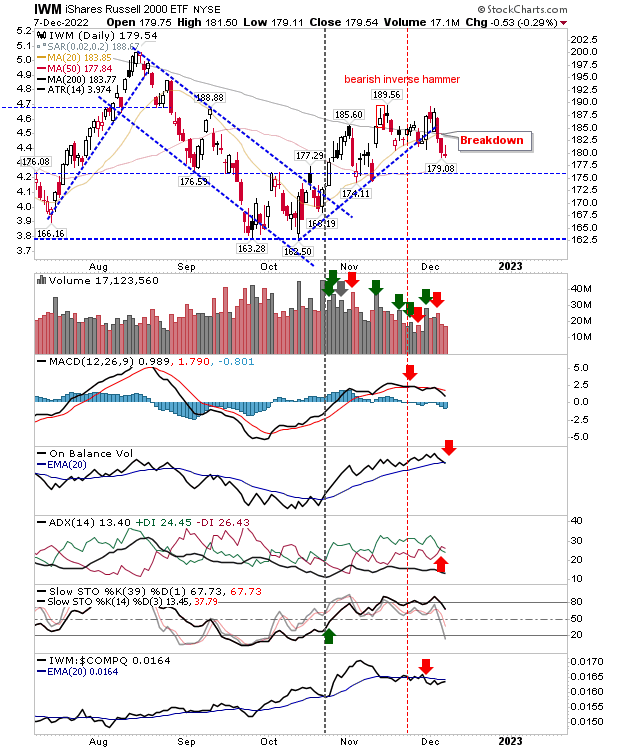 The Dow Jones Index has been the leading index of its peers, but it hasn't escaped the selling.  Because it managed to make a new 52-week high, the losses of today count as a 'bear trap'.  This index looks the most vulnerable to further losses with the 50-day MA the next support target. 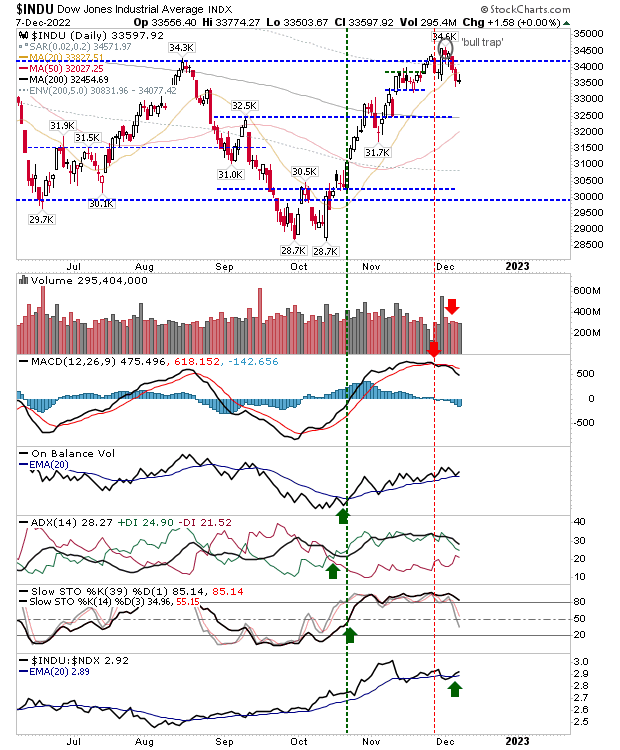 For the next couple of days, bulls need gains on Thursday and Friday to maintain the bullish momentum from last week's end-of-week close.  As things stand now, we have a rejection at resistance on the weekly S&P and a potential 'bull trap' in the Russell 2000 - neither of which we want to see with the few weeks left in the year.  The first part of this bear market has developed into one of substance (lasting more than a year), the next part will determine how it bases; this may have started already, but if we do see a return to losse on a weekly timeframe we will want to see how well the prior swing lows hold up on test.

Get a 50% discount on my Roth IRA with a 14-day free trial. Use coupon code fallondpicks at Get My Trades to get the discount.