Traders booted the juniors off the trading desks following the holidays and they weren't happy.  Selling in the Dow Industrial Average came off the challenge of resistance defined from the last swing high.  The only technical change was the MACD trigger 'sell' but relative strength remained in the Dow's favor.  Look for a move back to the 20-day MA. 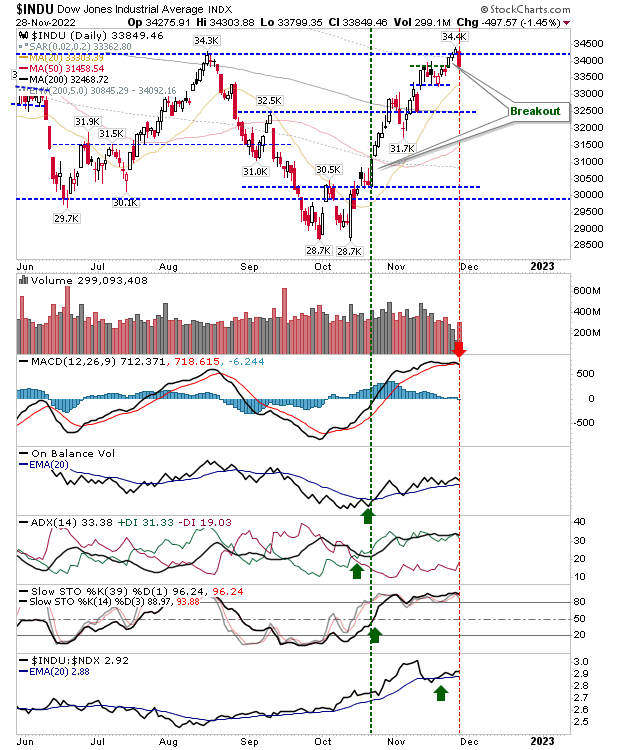 The S&P suffered a slightly greater percentage loss on the day but it hasn't yet come to challenge its 200-day MA.  There was a 'sell' trigger in On-Balance-Volume as other technicals remained firm.  Relative performance is particularly strong, but selling is selling. 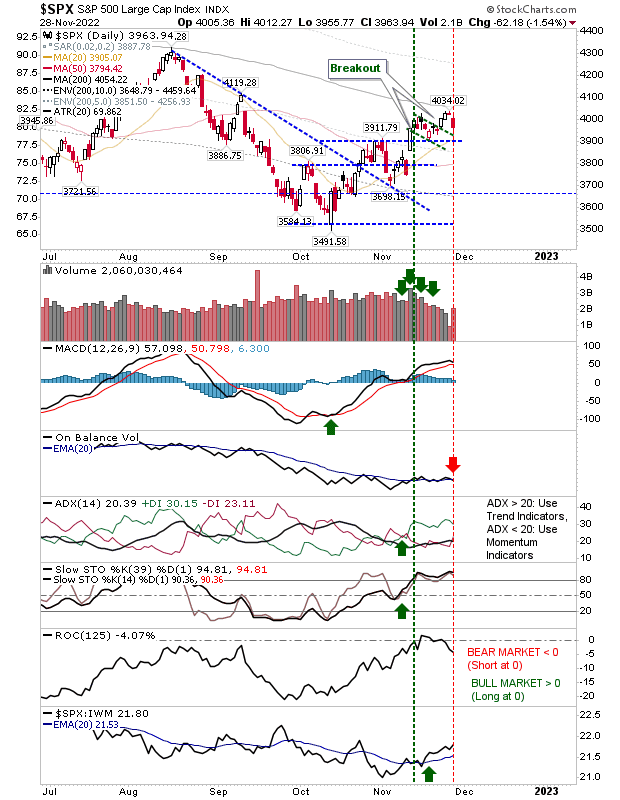 The Nasdaq has drifted below breakout support, back into the prior consolidation.  The index is still holding support of its 20-day and 50-day MAs, but the 'black' candlestick of early November is sticking out like a sore thumb following the failed breakout. 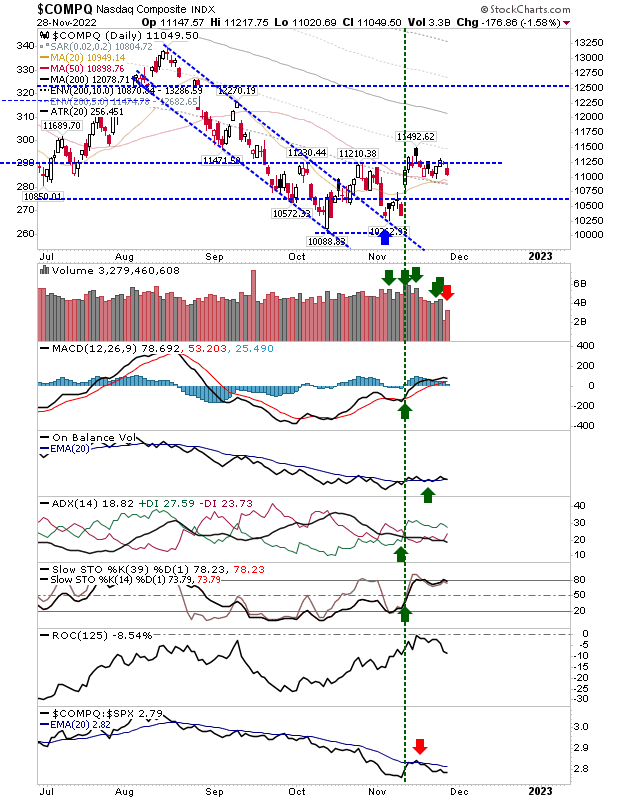 The Russell 2000 ($IWM) generated a 'sell' trigger in its MACD as the index undercut its 200-day MA (and its 50-day MA). The last line of defense is rising support connecting the swing lows from the October bottom.  A break of this line would open up a revisit of the September/October double bottom. 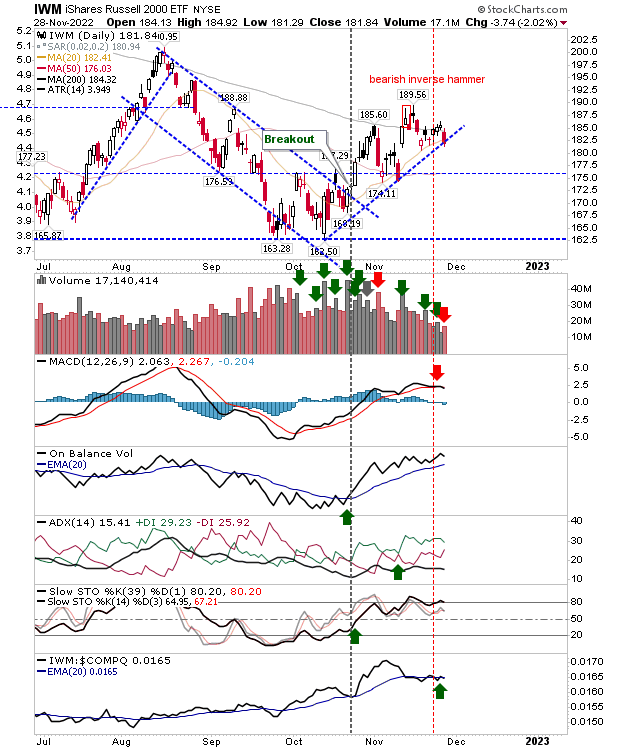 Further losses could quickly see an orderly pullback slip into a larger sell off. Indices underperforming peer indices would be the most vulnerable, which means keep an eye as to what happens in the Nasdaq (and Russell 2000) as these are the indices looking most likely to suffer at the hands of sellers.