With markets extended from their rallies off October lows it would be natural to expect some protacted level of selling to occur after weeks of gains.  A similar-so attempt after the last swing high failed, and now the most recent pivot from the Novemebr swing high looks destined to fail too.

In the case of the Russell 2000 ($IWM), today's gap down undercut its 200-day MA, but did enough to hold on to 50-day MA support.  Technicals are net bullish, although the index is underperforming the Nasdaq.  Also on the positive front, is the drop in volume on sell-off days.  While I noted the bearish inverse hammer last week, if there is a close above this high it then this pattern will be negated. 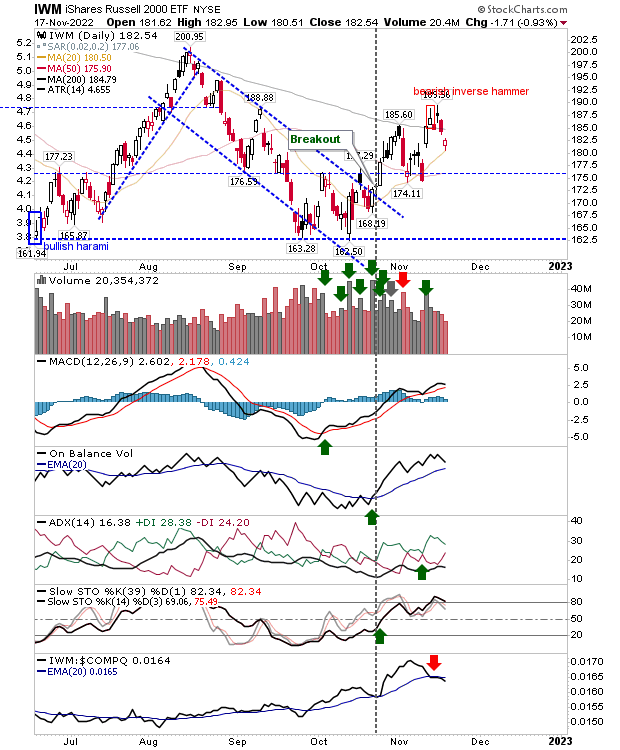 The Nasdaq was able to recover most of the morning gap down, having successfully defended its 50-day MA.  There was a bit of a wobble with the 'sell' trigger in On-Balance-Volume, but other technicals are net positive.  I'm liking the action here - fromt a bullish perspective - but it will be up to market participants to decide. 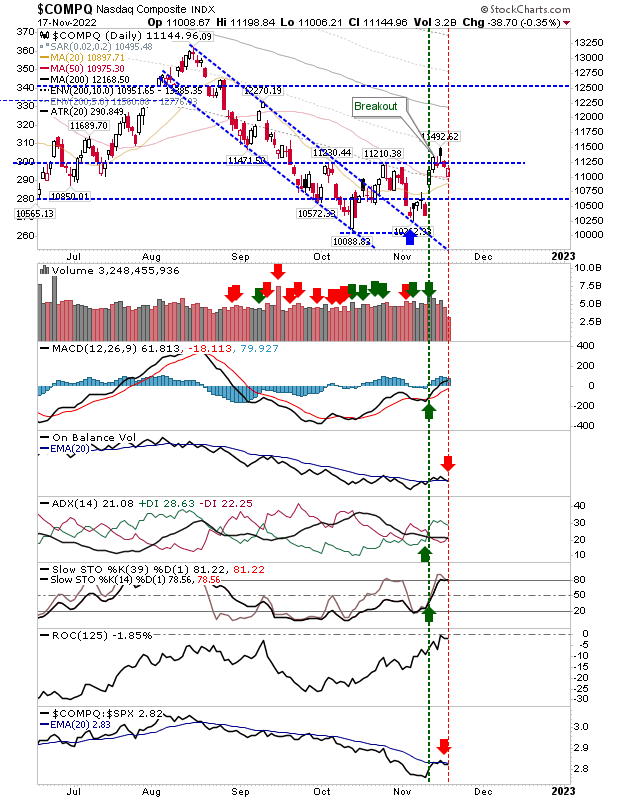 The S&P is doing a little better than peer indices.  The breakout established last week has evolved into a successful test of same-said breakout this week.  There is a 'sell' trigger for On-Balance-Volume, but other technicals are positive - including an improvement in relative performance over the Russell 2000. 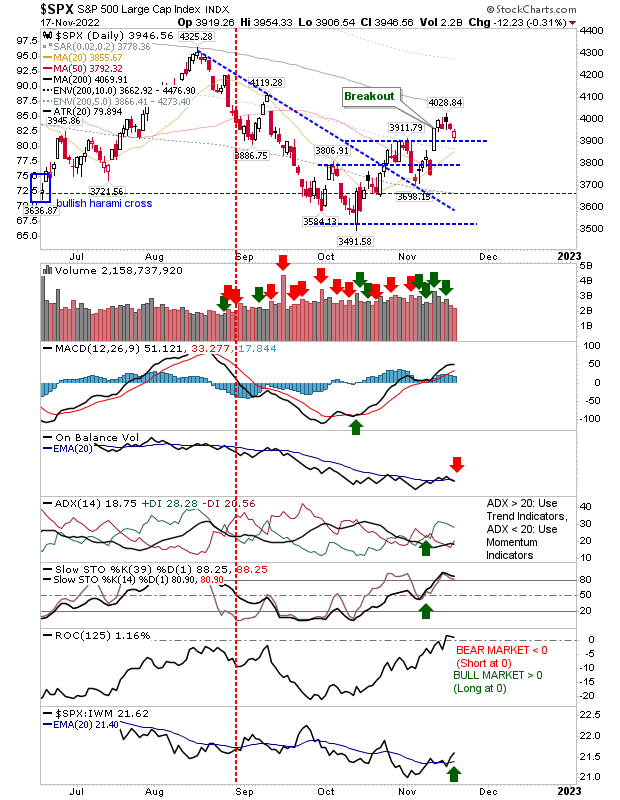 So, we left today with generally more bullish set ups, despite today been an expansion of the rollover top which had looked to have been the case on Tuesday's peak.  Markets are set up for a positive Friday, which will also have consequences for a strong end-of-week close. There are no guarantees, but I would be looking for a solid, white candlestick tomorrow.