Indices had a confusing day of trading on Friday.  In traditional candlestick terms the S&P, Nasdaq and Russell 2000 ($IWM) all finished with either bullish 'dragonfly' doji or bullish hammer.  The problem is that all of these candlestick appeared off a gap higher from the open instead of a gap lower.  The net effect of this is that we are effectively left with a more neutral finish to the week than could have otherwise have been the case.

While the Nasdaq's finish fits with a bullish 'hammer' it also (sort of) engulfed Thursday's trading with its spike low.  Technicals remain net bearish and relative performance to the S&P is in the dog house.  The one positive is the continued defence of former channel resistance - turned support. 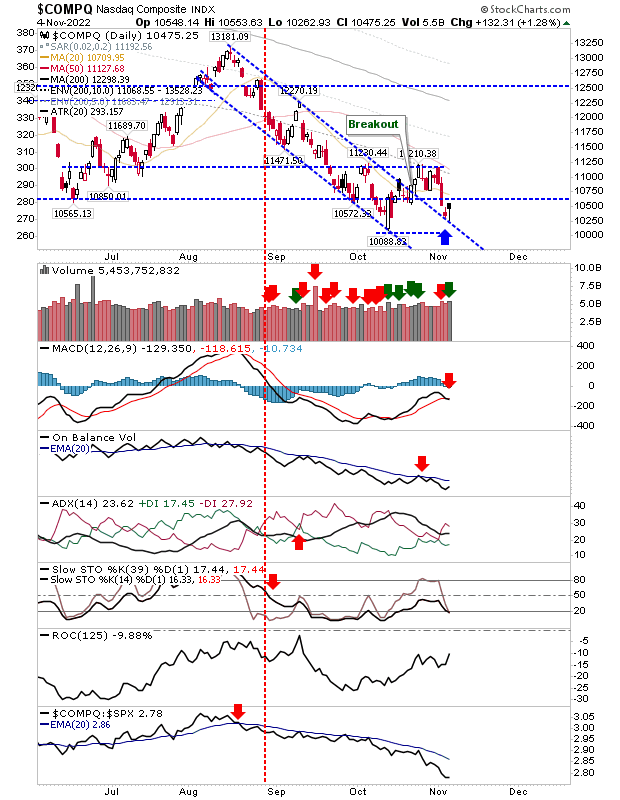 The S&P had not engulfed Thursdays' trading as had the Nasdaq, but it did have the benefit of leaning on declining resistance connecting August and September swing highs, although it would have been helpful if it had also managed to regain 50-day MA support - something it wasn't able to do.  While the Nasdaq is net negative for all technicals, the MACD of the S&P is clinging on to an earlier October 'buy' signal, and had manged to cross the bullish zero line.  However, a positive Monday would make a big difference. 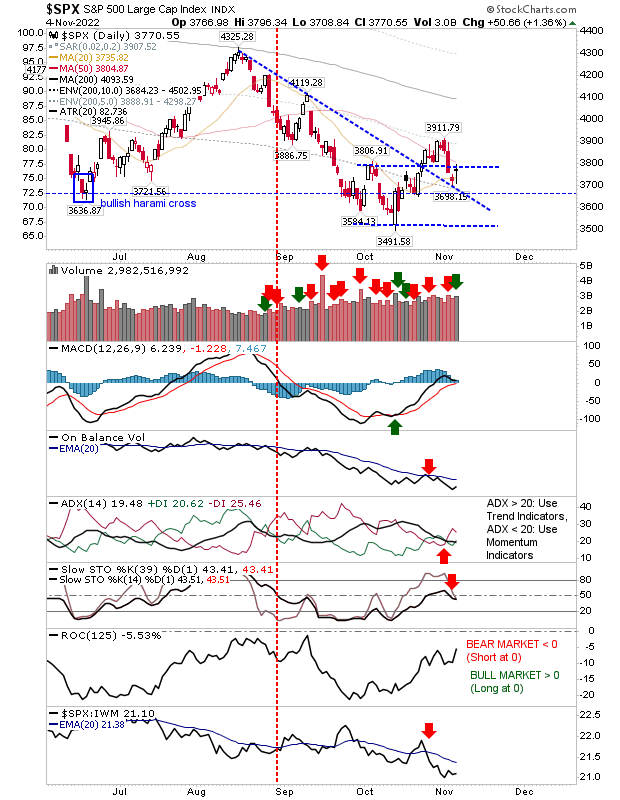 The Russell 2000 ($IWM) didn't undercut Thursday's low on Friday's trading (unlike the S&P and the Nasdaq), but in doing so, it's holding on to support of its 20-day and 50-day MAs.  Unlike peer indices, it also holds net bullish technicals.  While I wouldn't consider Friday's action bullish, it's the index most likely to post gains in the coming week. 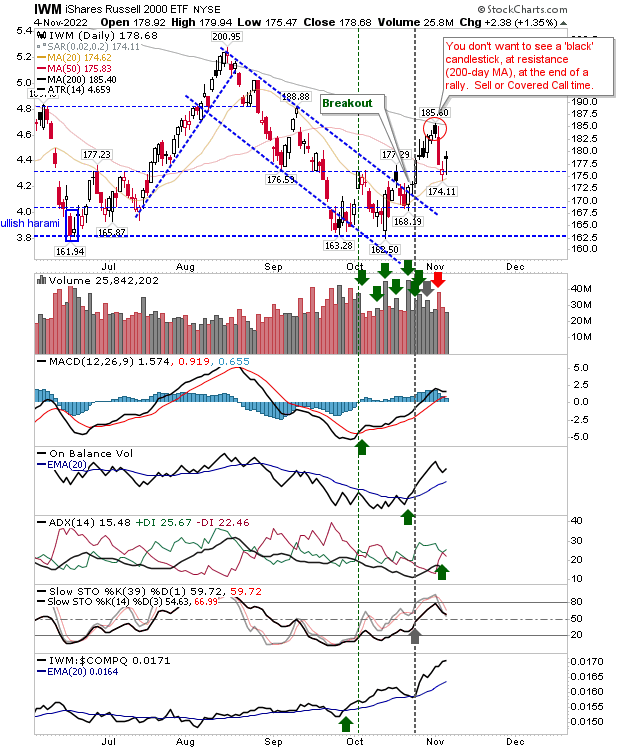 For next week, if Friday's trading is to be considered bullish we will not want to see Friday's lows violated (on a closing basis).  Where things get be more difficult is when you look at the weekly charts for indices, which look to be more bearish.  For example, this Nasdaq weekly chart has a confirmed bearish finish on distribution level volume.  With that in mind, why we may see a positive start for the week, by the time Friday rolls in things may be looking at lot weaker.