An October low retest is in effect, and the Russell 2000 still holds the best hand.

In the end, it was 200-day MA resistance for the Russell 2000, and the October swing high of 11,200 in the Nasdaq, which proved to be the step-too-far for the rally in the indices. In all cases, indices are now moving back to the point rallies started in October.

In the case of the S&P, the rally managed to close above the 50-day MA before sellers kicked it back from whence it came.  Currently, it's leaning on the 20-day MA with a non-too convincing - neutral - 'spinning top' candlestick.  Momentum is a long way from oversold (and stochastics [39,1] turned from the midline - a typical reversal in a bear market), so it's hard to see today's trading at a point where you can be a buyer. 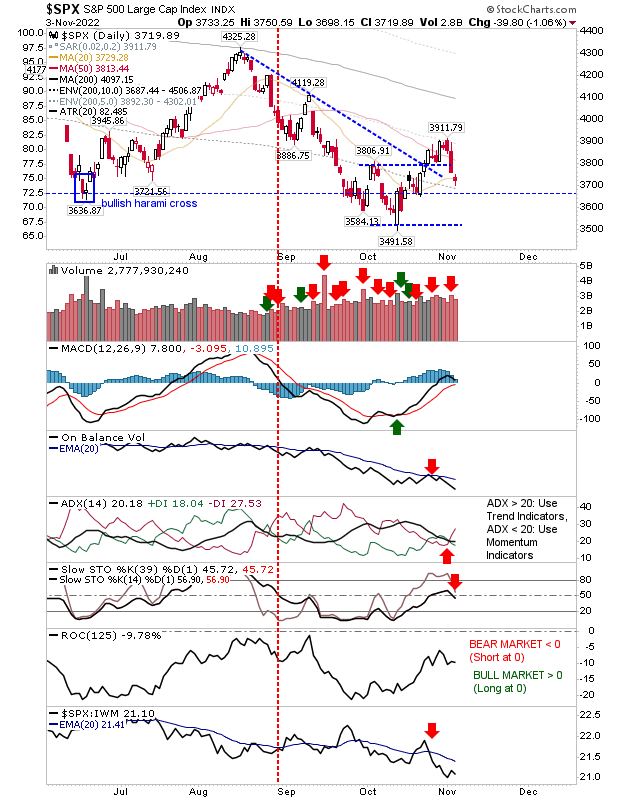 The Nasdaq has retraced back to former channel resistance, turned support. Relative performance has skewed sharply away from the S&P and Russell 2000. The MACD is holding on to its 'buy' trigger, but other technicals are bearish.  However, unlike the S&P, today's action could be viewed as a buying opportunity, but a close below channel resistance (price support) would negate the signal. 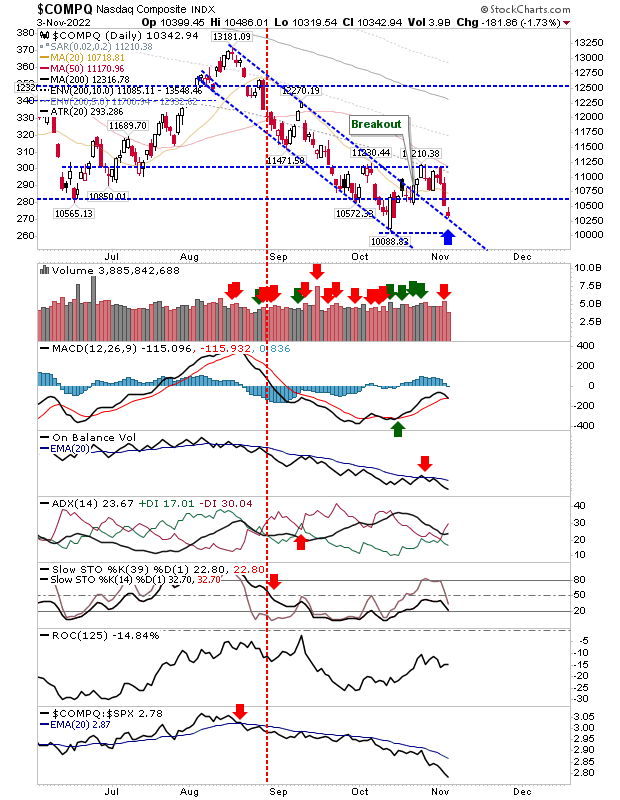 The Russell 2000 made a picture perfect reversal from its 200-day MA with the 'black' candlestick.  Today's `spinning top` candlestick is holding support for both its 20-day and 50-day MA, and the last two swing high in October, so there is an opportunity for buyers to step in and defend the $176 level.  Technicals remain net bullish and have the potential to remain so if buyers can make an appearance tomorrow (the ADX will likely turn bearish if not). 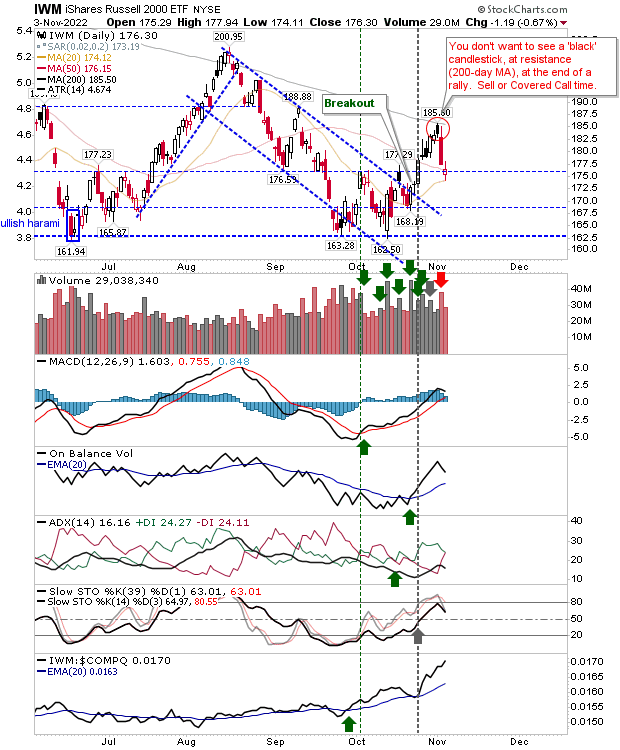 With indices effectively finishing today with neutral candlesticks there is a strong chance we will see a continuation of the selling tomorrow.  The S&P is looking the most vulnerable, but even the Russell 2000 will struggle if it's unable to attract buyers after the first half-hour of trading tomorrow.