After Friday's strong finish there was the potential for bears to stew over the weekend and attack on Monday, and although sellers were able to do some damage - they weren't able to do more than they did at the open.

Given that, the Russell 2000 was able to protect itself from the sellers and managed to make a modest gain as it looks ready to challenge its 200-day MA, perhaps as soon as tomorrow. Technicals are net bullish and relative performance has accelerated in the latter part of the month to its peers. 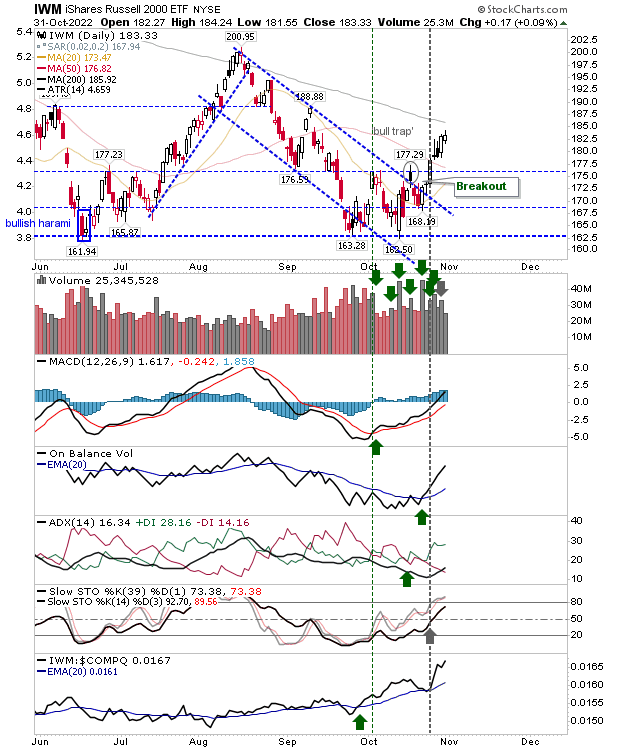 The S&P lost just under 1% as it held on to 50-day MA support.  While momentum and trend are bullish, the trend in volume and relative performance has accelerated lower. It's likely the move will continue higher given what the Russell 2000 has already achieved, but there needs to be an improvement in the latter for the rally to be sustained. 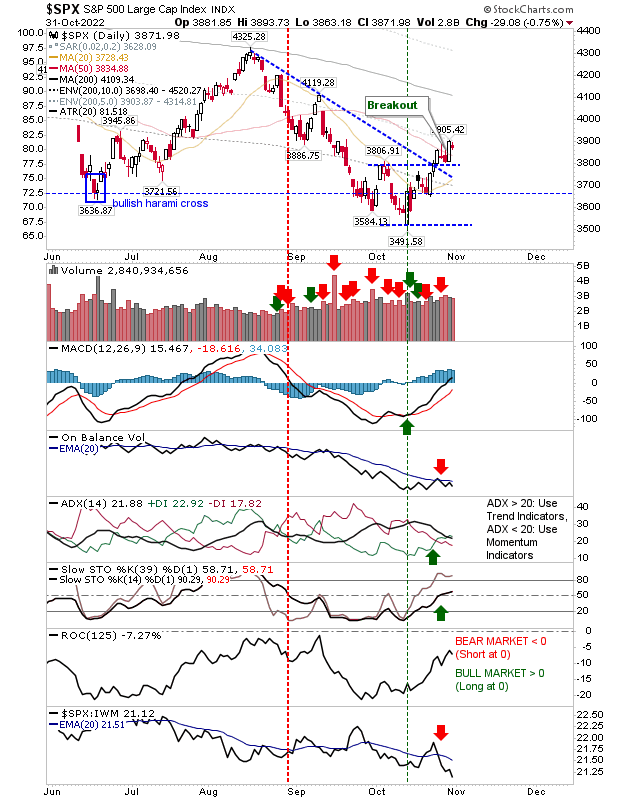 The Nasdaq is perhaps the `value` play in all of this as it remains shielded by the recent swing high, but is likely to benefit from the gains in the Russell 2000 and S&P.  While the MACD is on a 'buy' trigger it hasn't yet crossed the zero line which would give it some true, bullish credibility and help bring the other indicators with it. 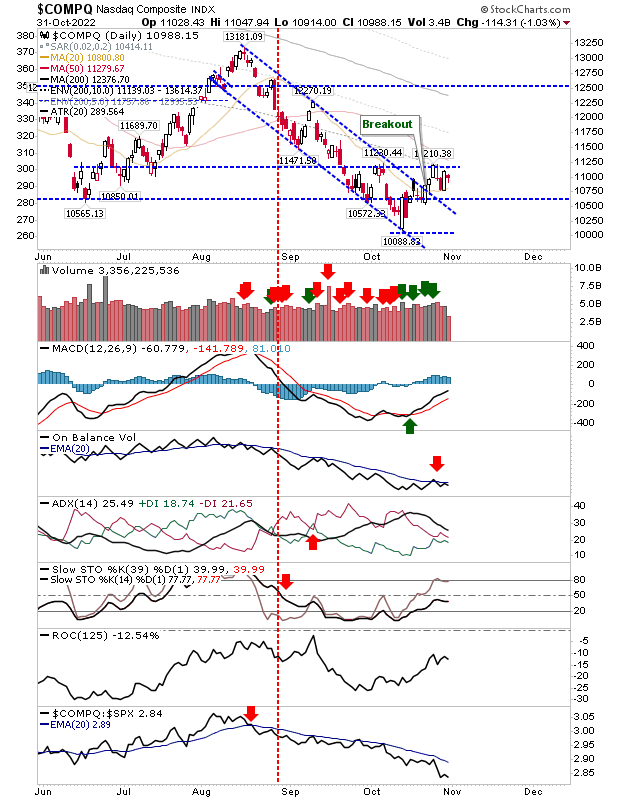 On the flip side, the Dow Industrial Average was able to clear its 200-day MA on Friday and finished with a doji today; if there is a bearish warning sign it could be the possible 'bearish harami cross' in this index as it has already enjoyed an extensive rally from mid-October and is therefore vulnerable to some profit taking. 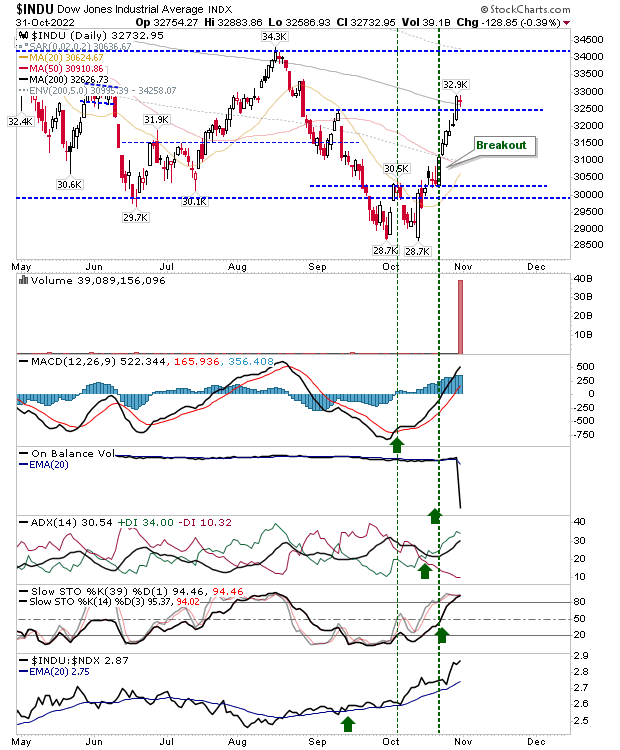 For tomorrow, it would probably be prudent to watch the Dow Jones Industrial Average for leads; if it undercuts its 200-day MA it will likely skew the S&P in favor of bears, stall the break of the recent swing high for the Nasdaq, and prevent the Russell 2000 from reaching its 200-day MA.