Look for a bounce Monday, but don't expect it to last

Friday's finish resulted in a nasty weekly candlestick, but a more bullish 'hammer' daily candlestick across the three lead indices I follow.  Given that, I would look for some reaction from bulls, but by the end of week it could be bears again calling the shots.  Markets are in a retest of the June swing low, but breadth metrics are not as oversold - the Nasdaq Summation Index in particular. 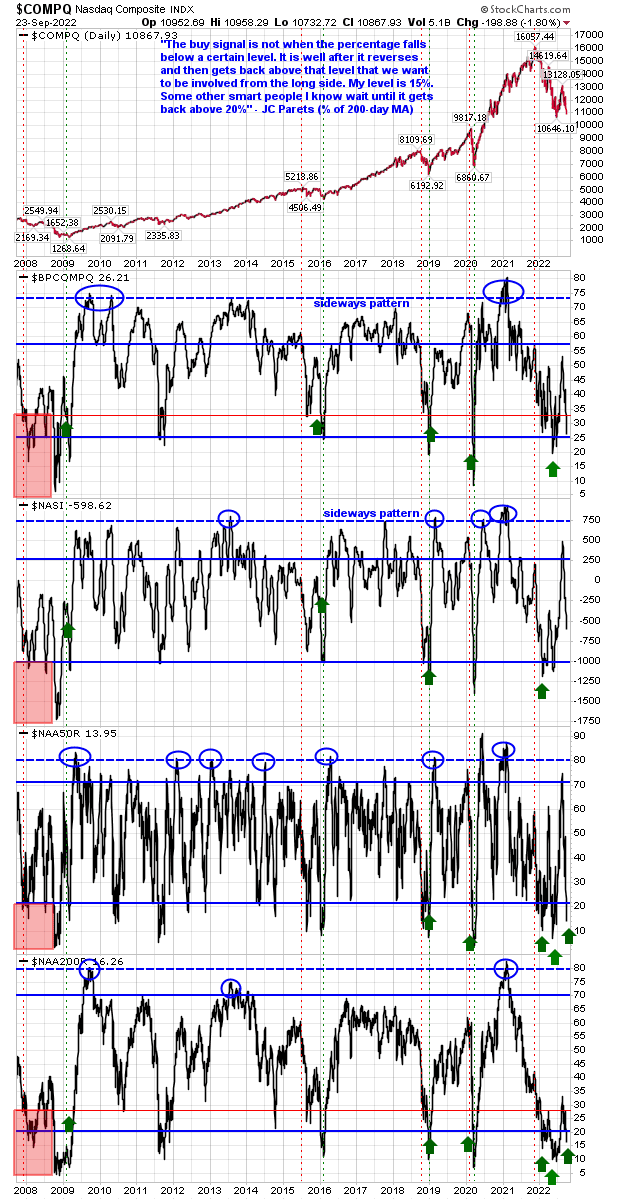 Again, with the Nasdaq you had a third day of distribution in a row - and five distribution days since the last accumulation day; this is not a retest you want to be getting greedy on the long side. Just look at the cliff fall for On-Balance-Volume to see the damage done since the rally peaked in August. 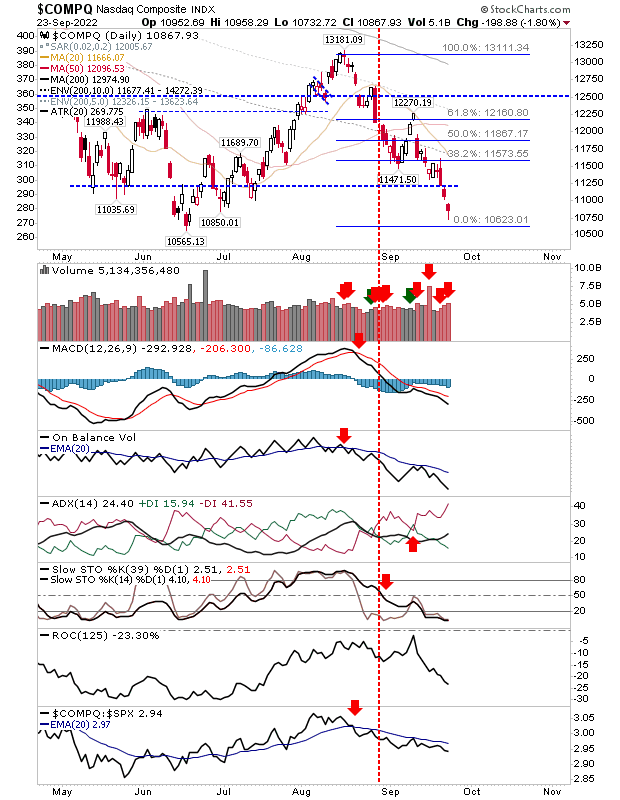 It's the same story for the S&P; five distribution days since the last accumulation day. The only positive is the sharp uptick in relative performance to peer indices, so any selling damage should be less (but not unavoidable).  If a bounce does emerge it may be the 20-day MA that proves to be the step too far, but let's see what next week brings. 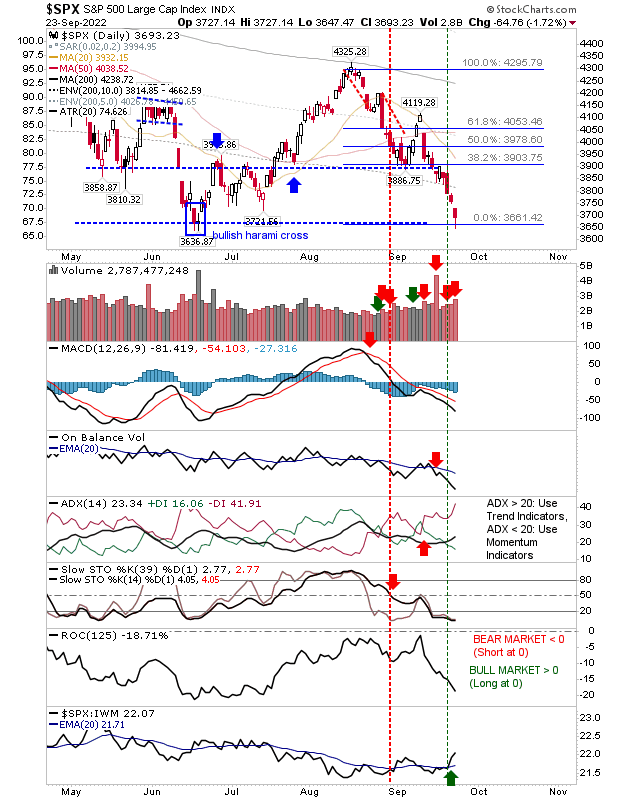 The Russell 2000 has managed to hold a little higher in its retest of the June low, but I doubt it will be enough given the selling which led into it.  As with the Nasdaq and S&P, it's five days of distribution since the last accumulation day and a nasty downtrend in on-balance-volume, not to mention a relative underperformance to both the Nasdaq and S&P.  The Russell 2000 is a critical bull-leading index and while it was trending higher in relative terms, last week has seen this trend shift. 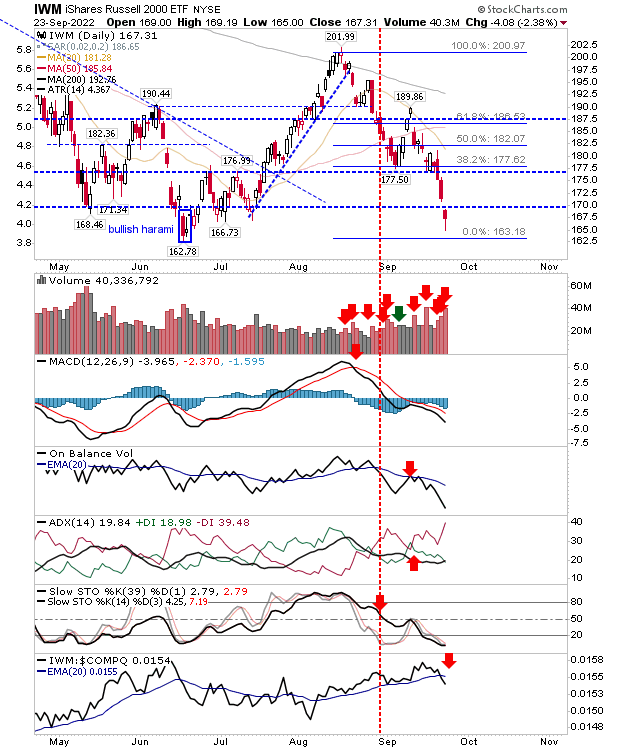 Across all indices, the last three days have suggested a possible dead-cat-bounce play for Monday, but much of this gain may get priced at the open. Add to this potential trouble on the weekly charts and it's hard to be too optimistic.  Traders could go aggressive long with a stop on a loss of Friday's lows - but the risk:reward is unlikely to be too appealing (e.g. if 20-day MAs were treated as the profit targets - and this is likely to be a stretch).