Yesterday finally delivered the long awaited breakout in the Russell 2000 on higher volume accumulation.  Today saw some low key selling on lighter volume, but the selling was not accompanied by distribution.

The Nasdaq still offers net bullish technicals, but today's selling kicked in on the test of its 200-day MA. Yesterday's buying did count for accumulation.

The S&P managed to edge above the February swing high and today's losses didn't violate that breakout.  The index is still outperforming the Russell 2000 despite the latter's breakout. The next target is the December high, but even an undercut of the February high would open up the 200-day MA or 20-day MA as potential support. 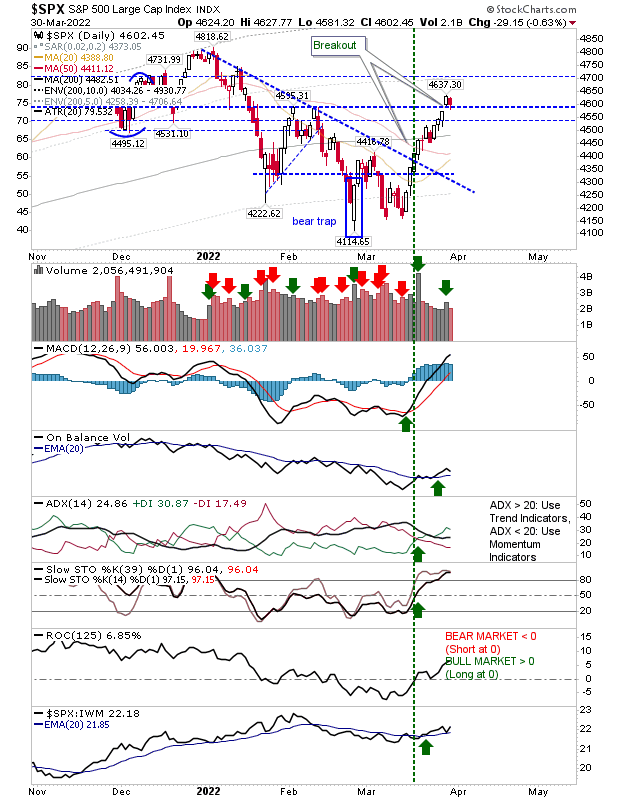 The Russell 2000 sold off back to base breakout support as the relative performance of the index continued to lose ground. The measured move target to 168 has been negated on the base breakout, with the next upside target now 225.  Yesterday's buying did register as accumulation with buyers in control despite today's selling. 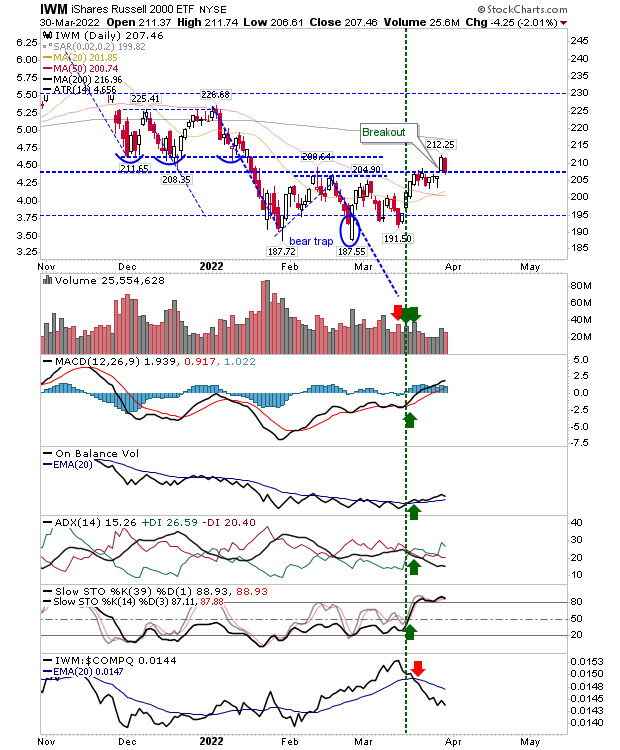 For tomorrow, ideally we will want to see breakout support for the Russell 2000 hold.  Other indices have room to fall before reaching support, but it's the Small Cap index which is the one to watch.