The week started with bearish engulfing patterns for all indices. Hardest hit was the Nasdaq as it failed to hold on to morning gains triggered off the gap.  The drop was attributed to Jerome Powell's second term appointment, but the double top off resistance offered a more technical signal.

The Nasdaq is primed to retest 15,550 after failing to hold new all-time highs. Selling volume registered as distribution, but aside from the MACD 'sell', the technical picture was unchanged. 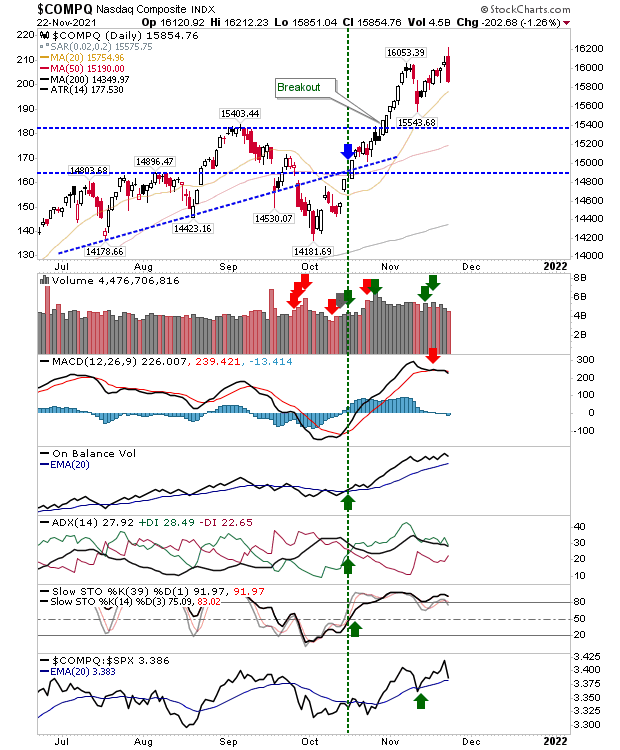 The S&P was similarly challenged, the early intraday rally leaving a sizable spike high. Today's candlestick dominates the chart similar to how the gap down did in September, but whereas the bearish gap in September ultimately led to a rally, it remains hard to see how today's candlestick could deliver further gains. 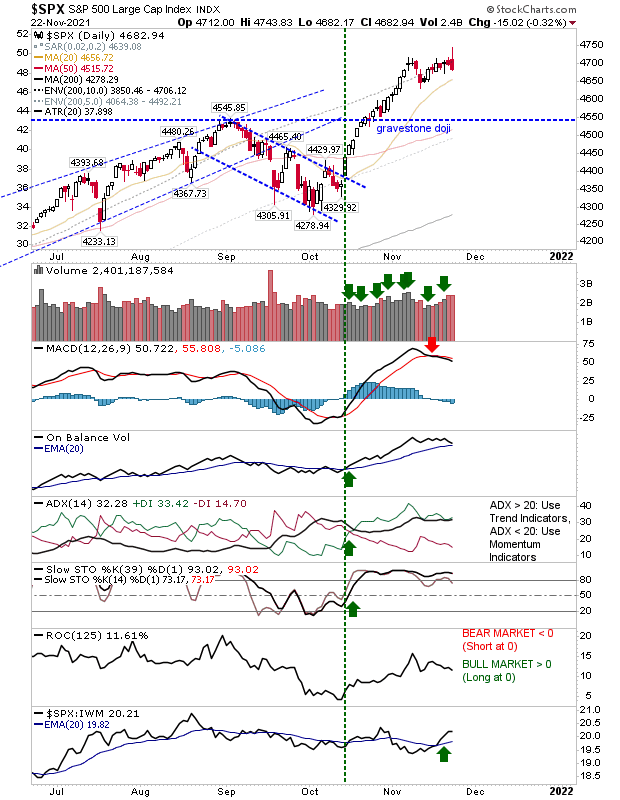 The Russell 2000 is in the process of defending breakout support, but where Friday's candlestick offered some suggestion for a successful support test, Monday's selling left the index clinging on life support.  This is a very important test as the Russell 2000 has spent most of 2021 caught in a trading range.  Whereas the S&P and Nasdaq have enjoyed strong gains over the year and would expect to see some downside, this is not the case for the Russell 2000. 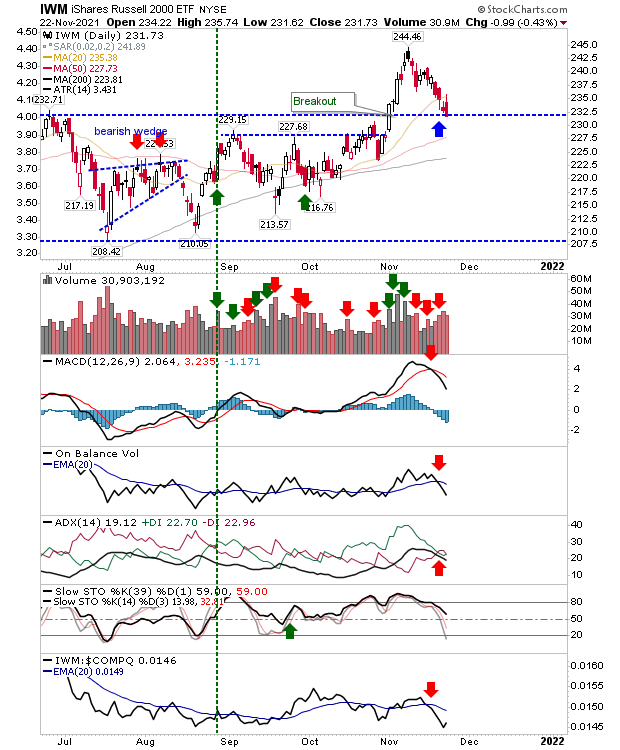 Breadth metrics have moved in favor of bears too. The Percentage of Nasdaq Stocks above their 50-day MA has dropped to 39%, struggling to break above 60% for most of the year. Supporting technicals are net negative, but not oversold. 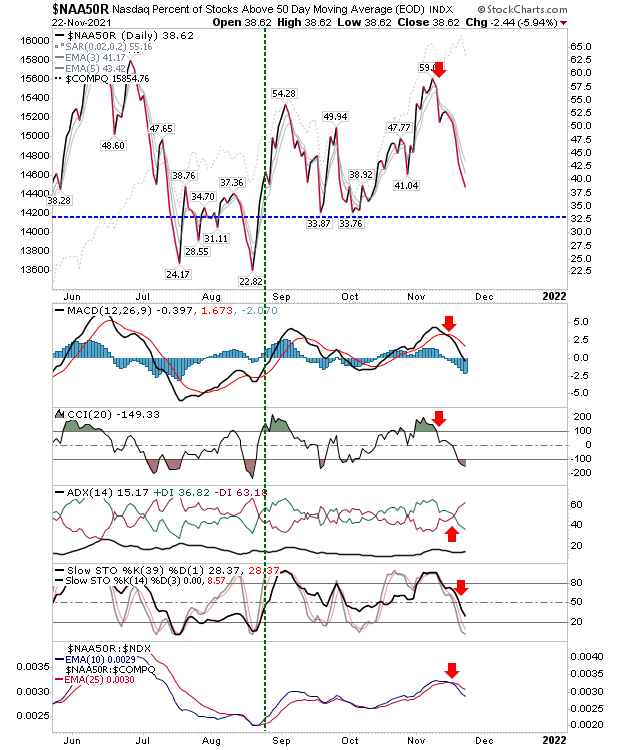 If the Russell 2000 drops back inside its trading range it will likely encourage further selling in the S&P and Nasdaq.  Breadth metrics are working from a point of weakness, but none are oversold enough to suggest a bottom is near.