Sellers start the day on the offensive, but buyers make a comeback

It was a day when sellers made a break at the open, but weren't able to press the early advantage.  For the Nasdaq, the early gap down rallied back from above its 20-day MA - and well above its breakout level. Given yesterday's 'black' candlestick, the likelihood of a stall out on a retest of 14,755 is quite high. 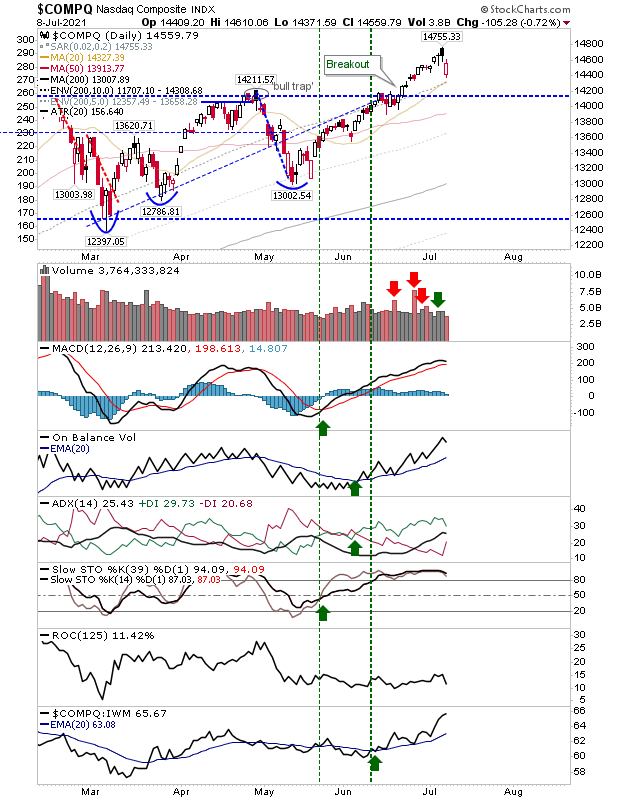 The S&P wasn't as hard hit as the Nasdaq at the open and its breakout is well established. Today's volume would have ranked as distribution but given the strong technical picture, today's price action is not so worrying. 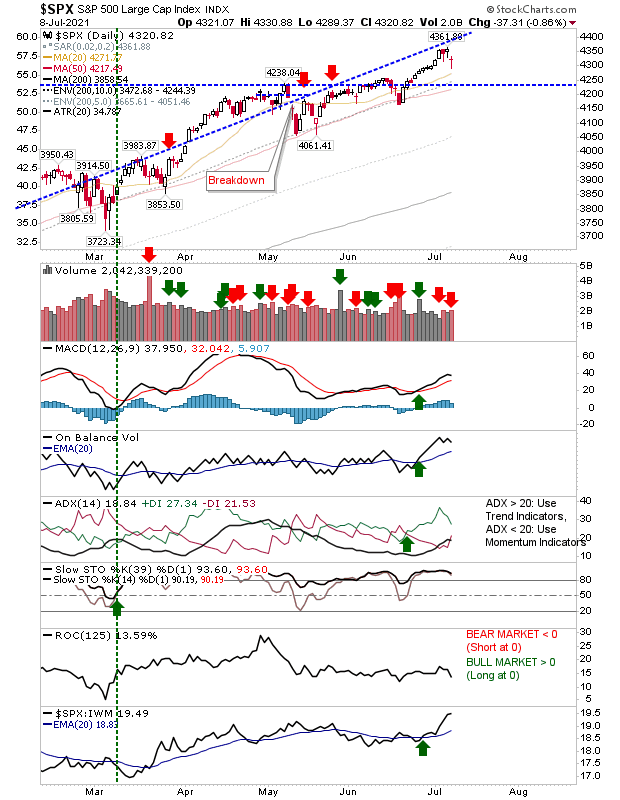 The Russell 2000 experienced its fourth day of losses which dropped the index deep back inside its prior range.  Next up are March swing lows, but I wouldn't be optimisitic of them holding if we get there.  In the near term, look for a recovery bounce back to $228. 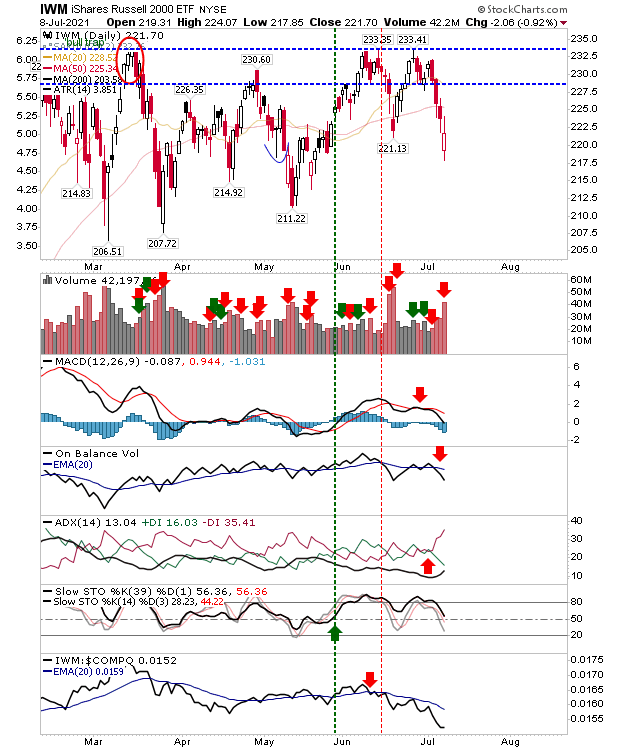 We now have the Russell 2000 deep inside its prior range but there was sufficient buying to keep the breakouts intact for the S&P and Nasdaq. However, it's hard to see the latter indices hold on if Small Caps can't partake.