Support break for Nasdaq and S&P

Indices have gone from new high breakouts, to 20-day MA tests, to breaks of trendline support - weakening at each step along way.

The Nasdaq finished Friday with a loss of the 50-day MA after trendline support gave way on Thursday.  Friday's volume was relatively light, but there was confirmed distribution on Thursday's selling.  Technicals have taken a marked step lower, especially the MACD - although On-Balance-Volume is hanging on to its 'buy' signal. Intermediate stochastics [39,1] just undercut its mid-line, although a rally tomorrow would be enough to see this as the start of support for a secular trend pullback (although such a pattern would take time). 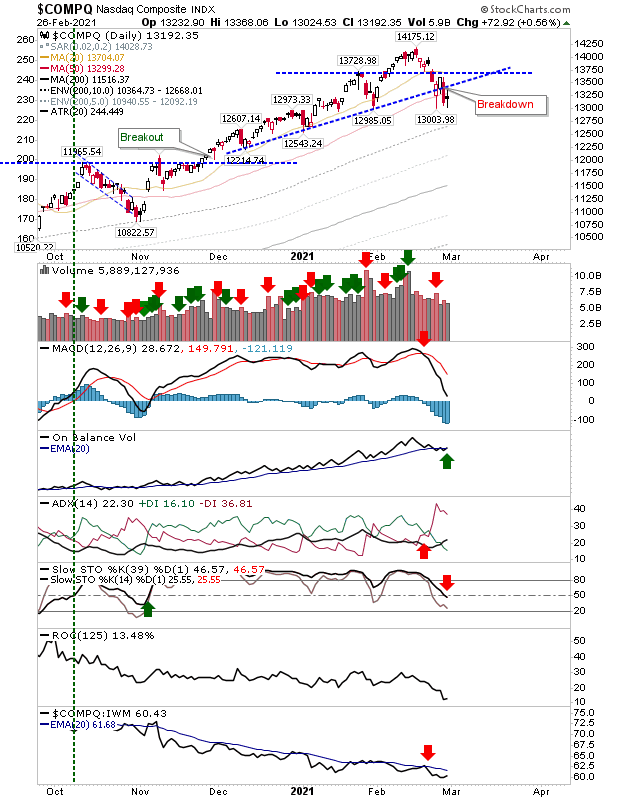 The S&P broke rising trendline support from November, but it still managed to a successful test of 20-day and 50-day MAs. While Friday's selling successfully tested 20-day MA support, it did register as confirmed distribution - enough to confirm the 'sell' trigger in On-Balance-Volume. More worryingly, this fed into the sequence of distribution days which have piled in for the latter part of February. This added pressure fed into the existing 'sell' triggers for the MACD and ADX.  Although there is a slow relative recovery against the Russell 2000 - but no new 'buy' trigger here yet. 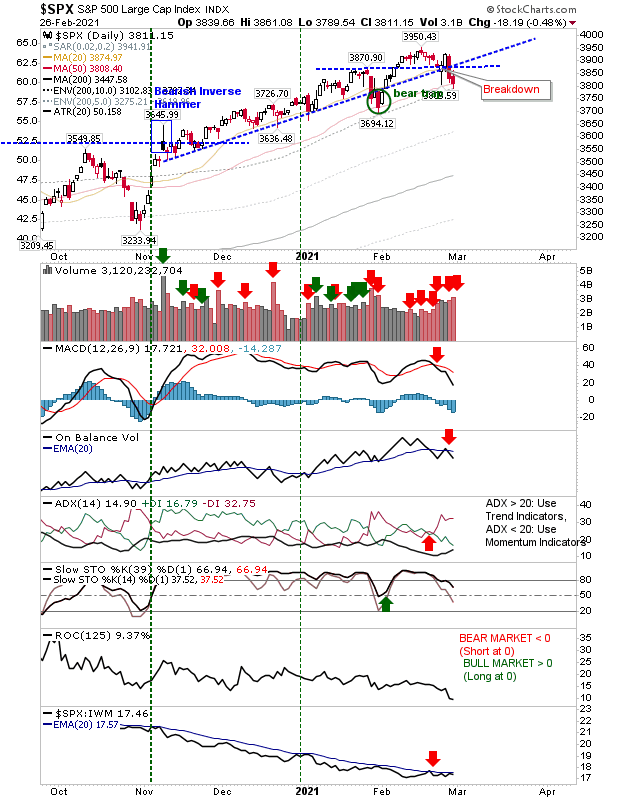 While there was selling in the Russell 2000, there wasn't a loss of trendline support - which remained just below its 20-day MA.  The 50-day MA remains some distance away, although the MACD and On-Balance-Volume remain on established 'sell' triggers despite a strong relative performance to the Nasdaq (and S&P). 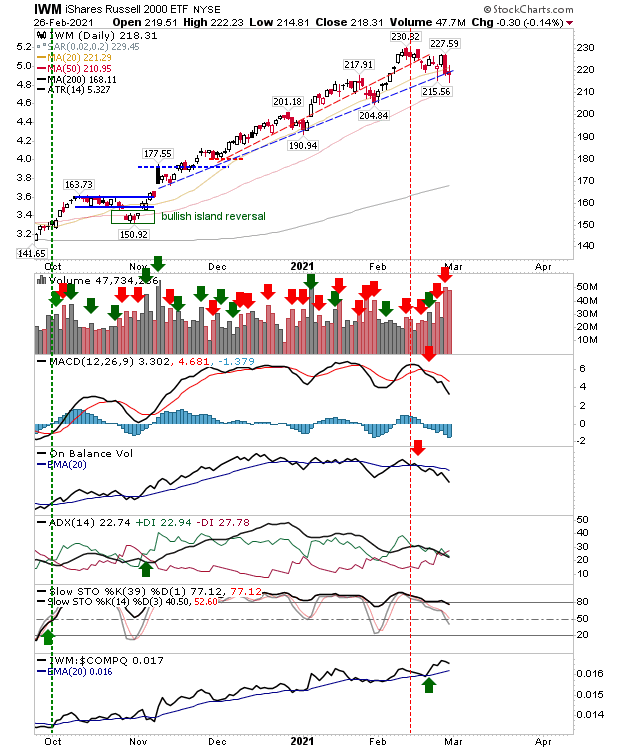 The last two days delivered a sharp reversal in the Dow Jones Industrial Average. The MACD and ADX are on 'sell' triggers, but On-Balance-Volume is on a 'buy' trigger and a sharp advance in relative performance to the Nasdaq 100. 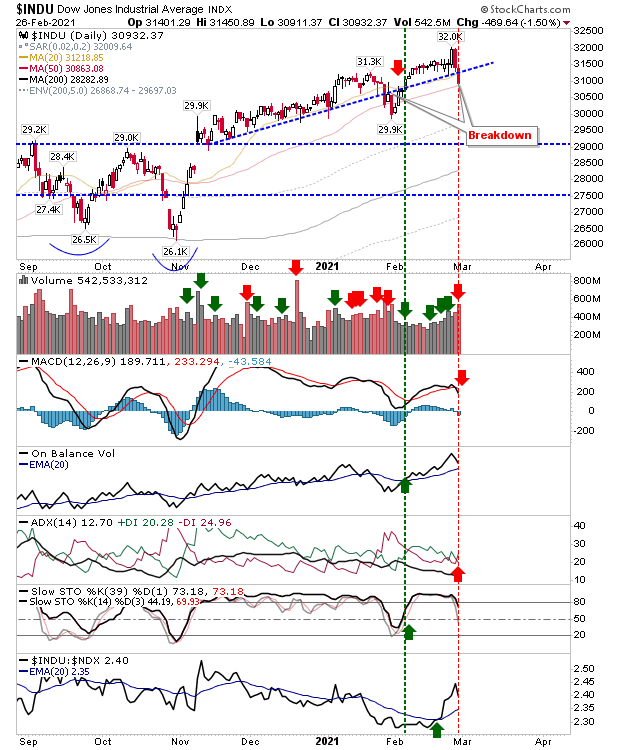 Can bulls make it back above support? Further losses will confirm the support break and force weak hands to sell - fueling more selling.  The next logical support point are 200-day MAs, but it would take a big percentage loss in indices to get there.