It may only have thirty stocks, but those thirty stocks are wasting no time posting new highs. It's working as a lead index at the moment, with the Russell 2000 not far behind. With these indices doing most of the leg work there is a good chance they will drag the S&P and Nasdaq along with them.

The Dow Jones Industrial Index is pushing itself beyond its rising channel, although volume is drifting lower. Technicals are positive and relative performance has been moving sharply higher since mid-February. 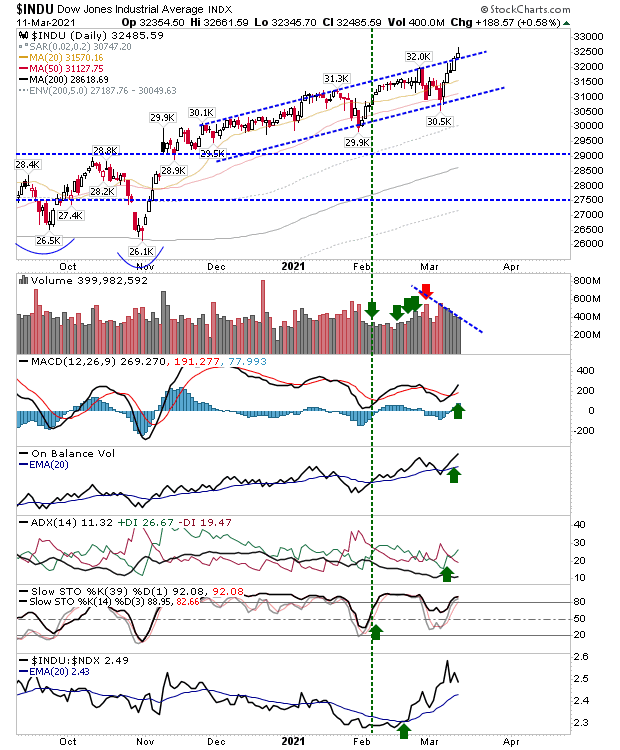 The Russell 2000 had little trouble regaining former support - turned resistance - now potential support again. It did so on the back of fresh 'buy' triggers in the MACD, On-Balance-Volume and ADX, although buying volume has been trending down since the capitulation peak at the 50-day MA swing low. Lots to like here, but this was (is) an extended index which was reverting nicely towards mean, before it started to kick on again. 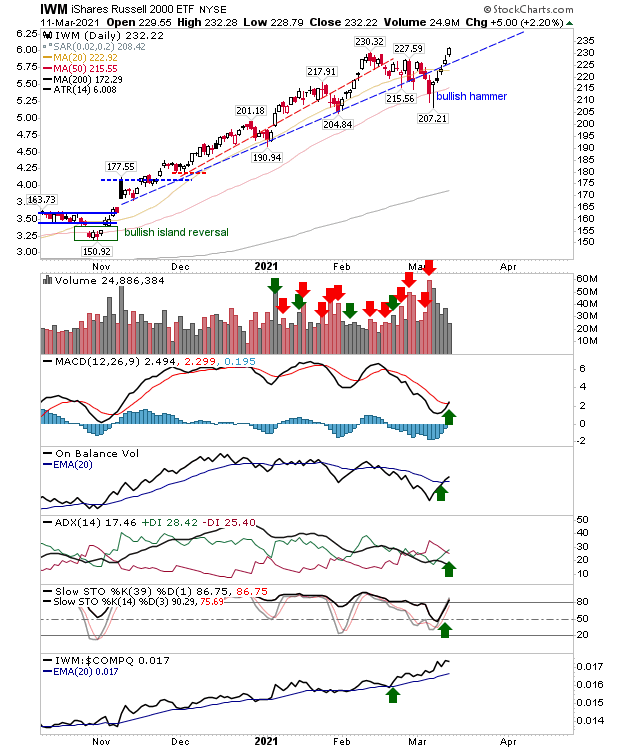 The S&P hasn't had the same success as the Dow Industrials. I had considered a possible head-and-shoulder reversal pattern yesterday, but today's buying looks to have negated this pattern. With the Dow Industrials at new highs, the assumption here is that this index will quickly follow suit.  It's not entirely out of the woods - the index finished today against the former rising trendline, and relative performance remains negative vs the Russell 2000. 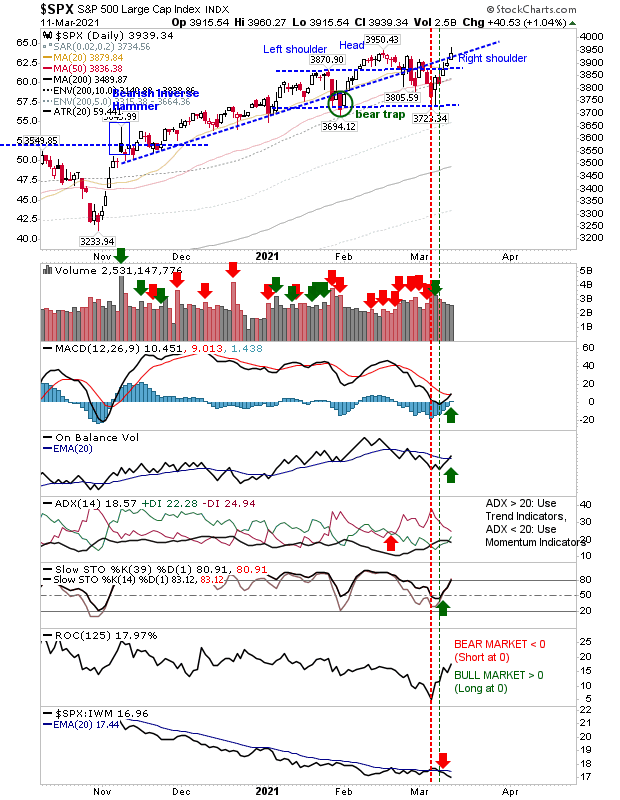 Finally, the Nasdaq rallied back to its 50-day MA but has much work to do if it's going to get past its February swing high.  Technicals remain net bearish as the rally plays more as a relief bounce than the start of a larger recovery.  Getting past the mini rally peak of 13,600 would help negate this move as nothing more than a relief bounce. Relative performance remains very poor. 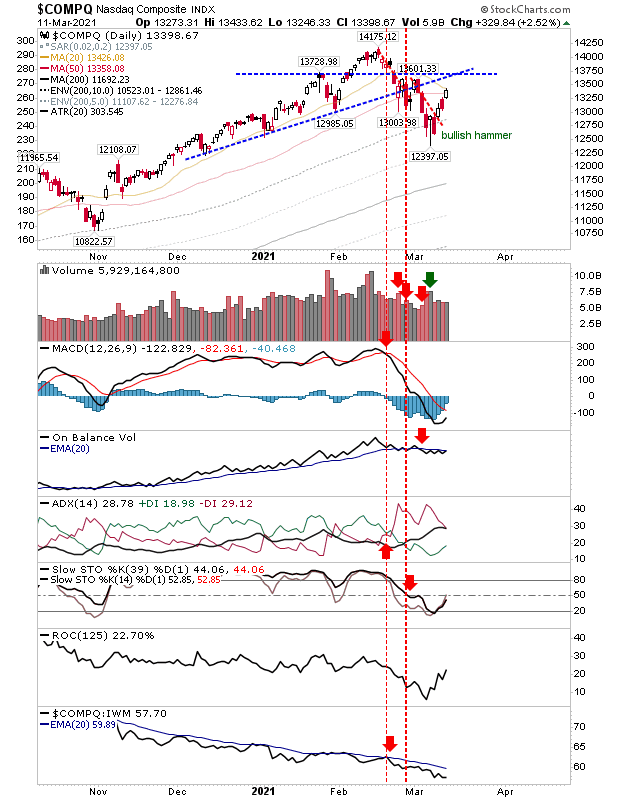 Not sure we are out of the woods yet, but the resumed leadership in the Russell 2000 will mean momentum traders will be piling back into Small Cap growth stocks. The risk of getting burned remains high, but it's during this greed phases that the biggest chance for profits are there to be taken if you are nimble.