The last couple of days have seen the Dow Industrials Average grab my interest as it continues to ascend beyond channel resistance to new all-time highs. Technicals are all net bullish with the index sharply outperforming the Nasdaq 100; only volume disappoints (a little). 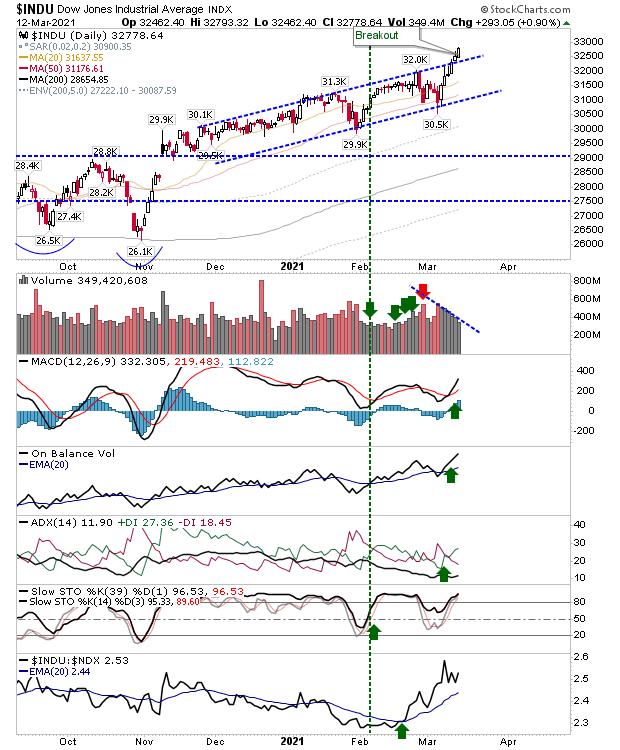 The Russell 2000 has also made it to new all-time highs with technicals suitably bullish. Like the Dow Industrials Average, this is an index seeing falling volume at new highs - which isn't great - but price is the lead. 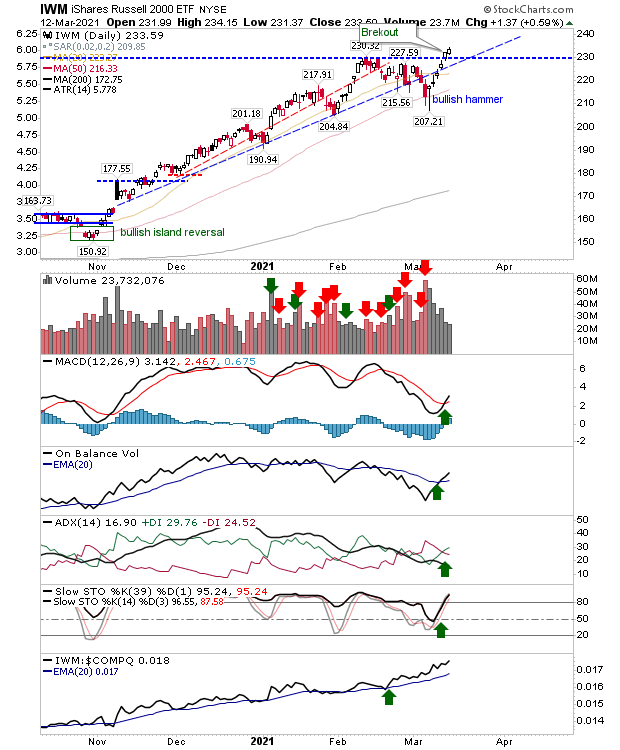 The Nasdaq rebounded off its 20-day MA in modest action. Technicals are still net negative as it remains some way off its highs. 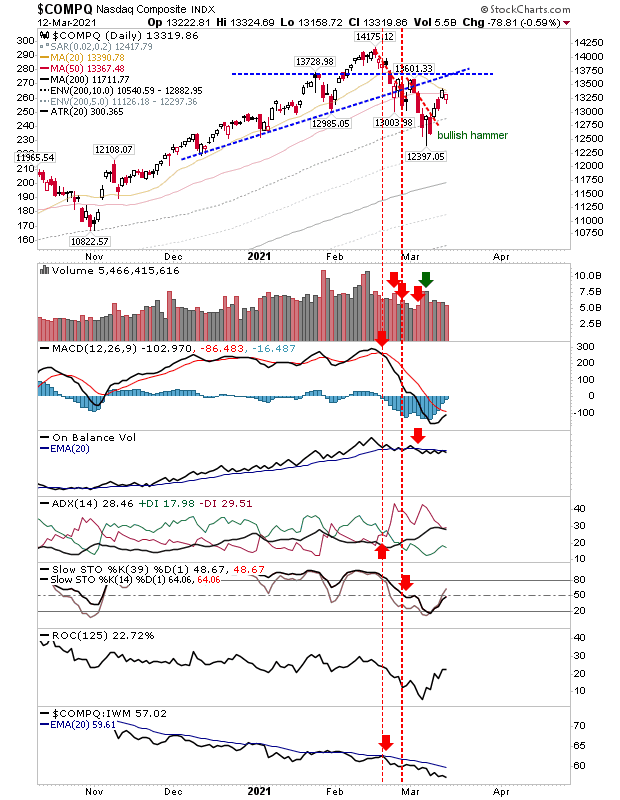 The S&P is up against resistance in a possible double top, but as the Dow Jones Industrial Average has handily pushed beyond its last swing high, the expectation would be for the S&P to follow suit to new highs. I have marked it as a possible top at resistance, but tomorrow has its opportunities. 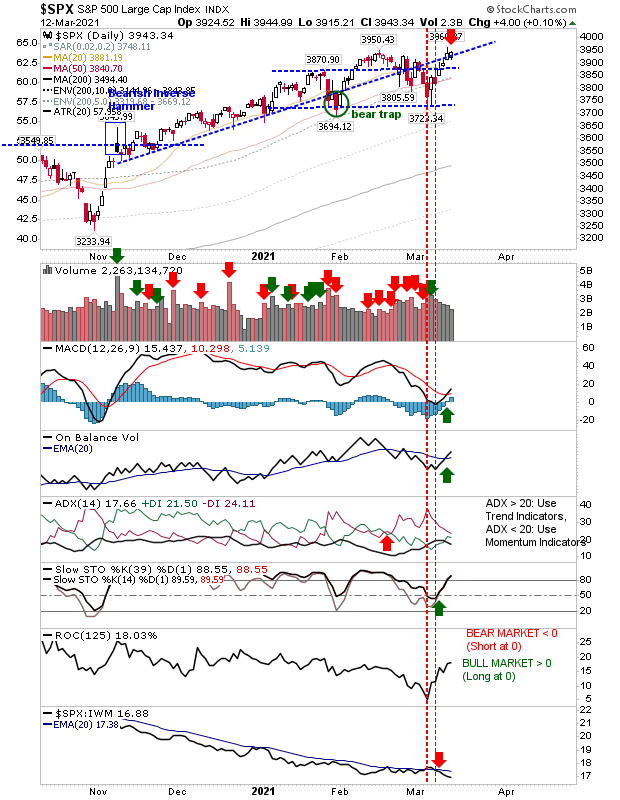 For tomorrow, the S&P sits at a pivot between a breakout or a potential double top. With Large Caps favoring a breakout and the Russell 2000 pushing new highs, the likelihood of the S&P heading higher is the more probable outcome.