Friday losses were small but will likely lead to support tests 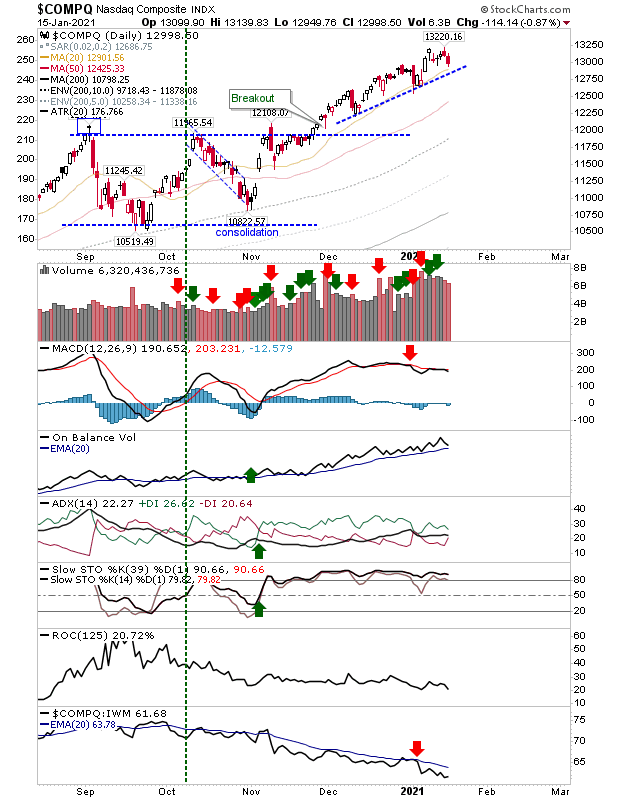 The S&P is also running along its 20-day MA and support trendline from the start of November.  Friday marked a potential successful test of this support, but there was a 'sell' trigger in the MACD, although other technicals are still okay. 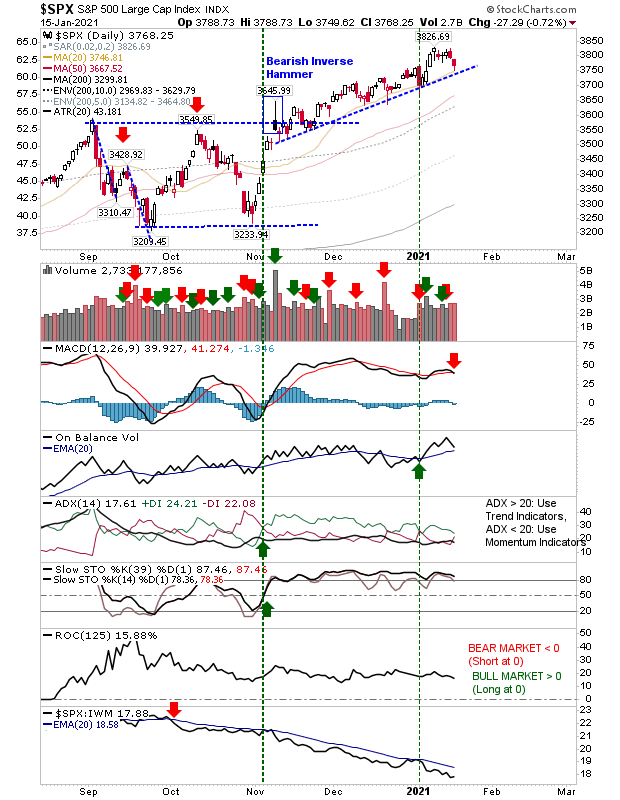 Small Caps were little changed as the index continues to work off the successful bounce. Friday's 'doji' came on higher volume selling - technical distribution - but not enough to be of concern given the neutral candlestick. 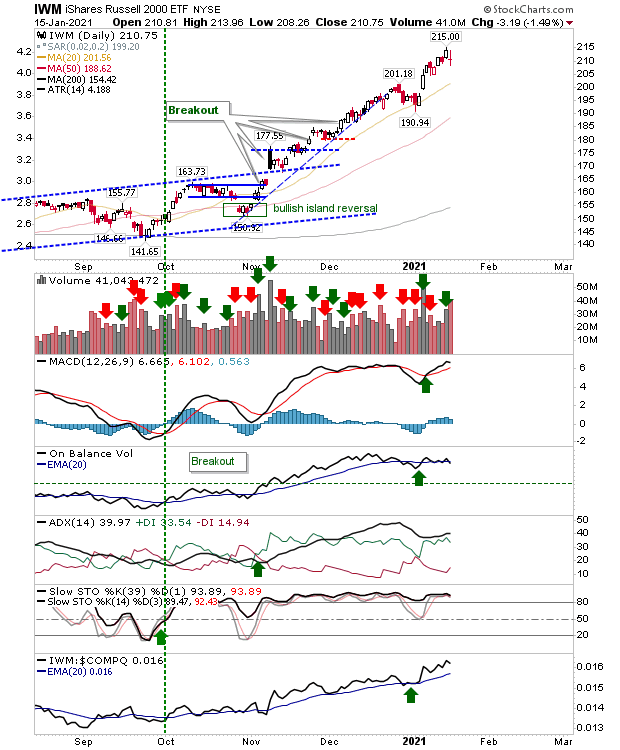 The Dow Jones is also running along rising support, but has 'sell' triggers for the MACD and On-Balance-Volume. 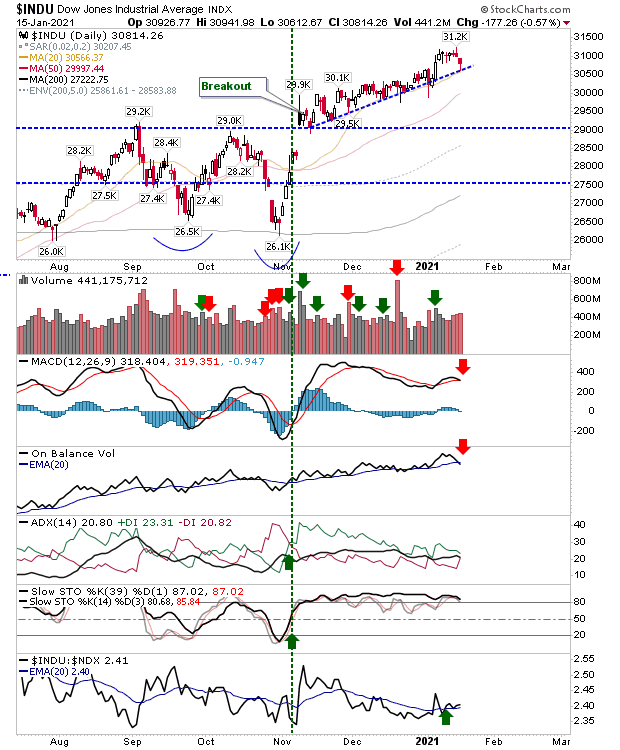 Going forward, a break of these index trendlines may be enough to sell covered calls on related stocks. The likelihood is for such trendlines to start new sideways moves.  The Russell 2000 is heavily extended well beyond the reach of past extremes going back to November, but this hasn't stopped the gains. It will likely fall the hardest of the indices, but it's so far ahead of its 200-day MA that any such drop would only be viewed as a bullish test in a secular bull market rally - even if the percentage loss was a 'technical bear market' - i.e. greater than 25%.