One step back, two steps forward

After Monday's disappointing selling, Tuesday and Wednesday saw the return of sufficient buying to negate the bearish taint left over from Monday. The S&P now looks primed to push past last week's swing high peak of 3,712, following the Nasdaq which has already managed to achieve this.

The buying in the S&P was less, volume wise, than recent selling, so we are not looking at a significant increase in the amount of buying, probably more the case there is a reluctance from sellers - or at least - longs holding big gains and looking for more, than selling. Technicals remain the same, with 'sell' triggers for the MACD and On-Balance-Volume. 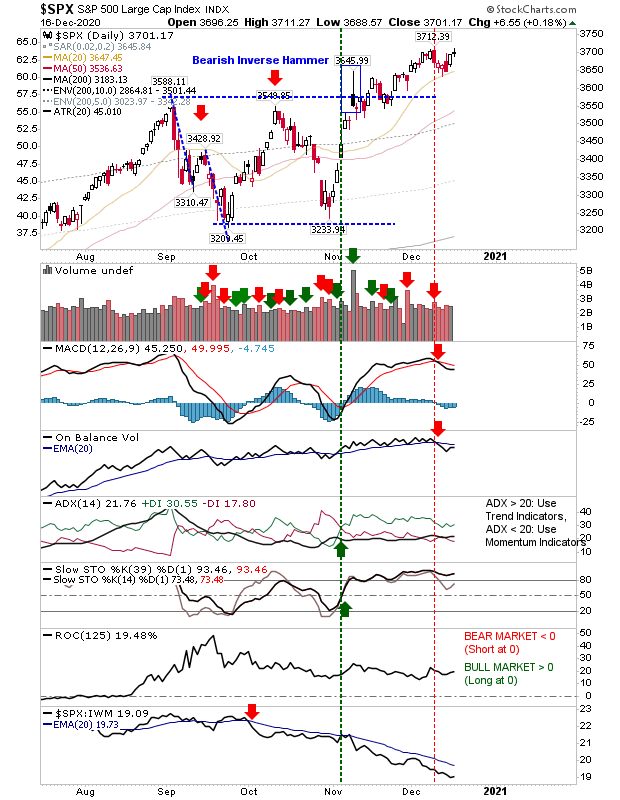 The Nasdaq is already at a new swing high and nicely positioned to keep going. Technicals have all improved and are net bullish. If last week's swing lows are an anchor for a measured move, then the projected target is around 14,000, but this could be the summer of next year before it gets there. 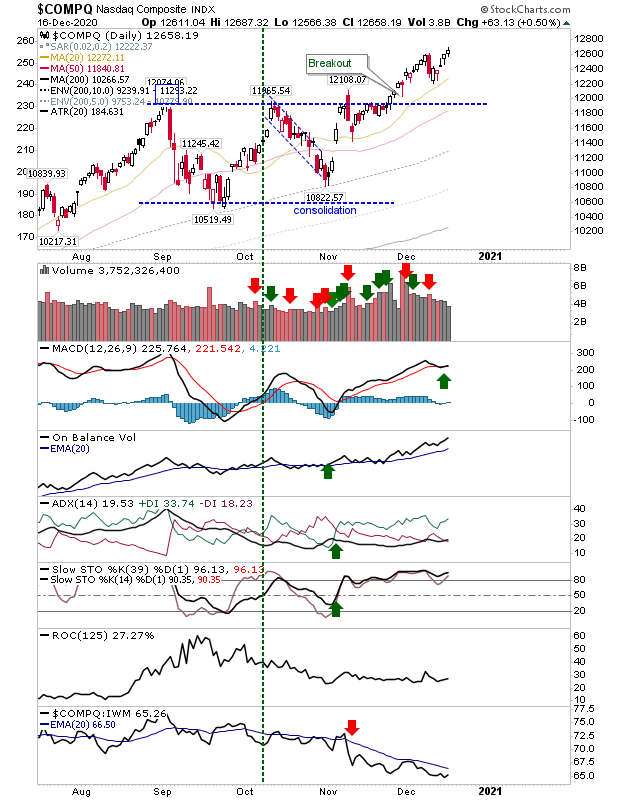 The Russell 2000 ($IWM) was a loser on the day, but it didn't break the rising trendline. However, it's looking vulnerable and it wouldn't take more than a couple days of selling to send long holders into a frenzy of profit taking. The last area of consolidation was back in October in the 150-160 zone; to play a Fib retracement would see support around the 170 zone - also the area with that dominant black candlestick in early November. 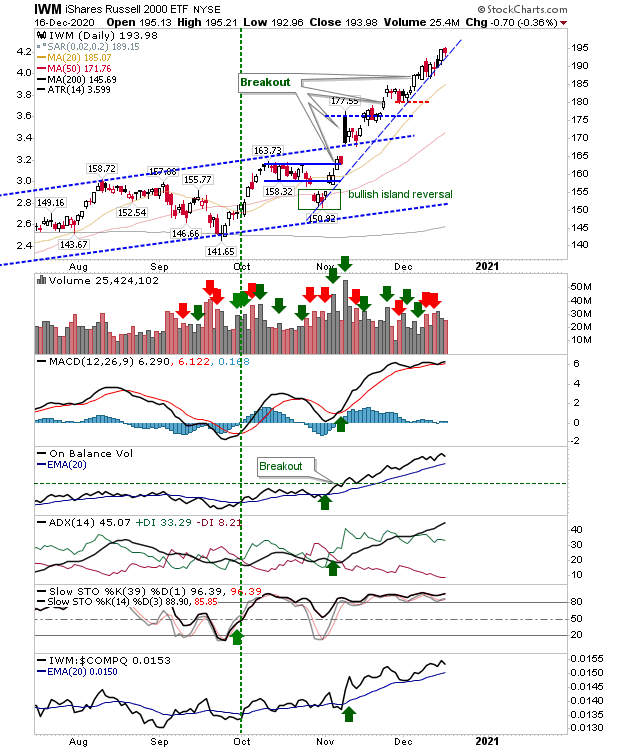 We have just over a week to Christmas. There tends to be a consensus for many to take an early Christmas holiday, so maybe we will have a little flourish into Friday before things cool down next week.