There wasn't too much damage done to the gains made on Friday's junior trader watch. Volume was up significantly across indices to register today as a distribution day, but the relative price loss was small.  Only action in the Russell 2000 left a mark on the chart.

Even with the selling in the Russell 2000, it remained well above breakout support and held a significant performance advantage relative to the S&P and Nasdaq. Technicals remain favorable with no major bearish divergences to be concerned with. 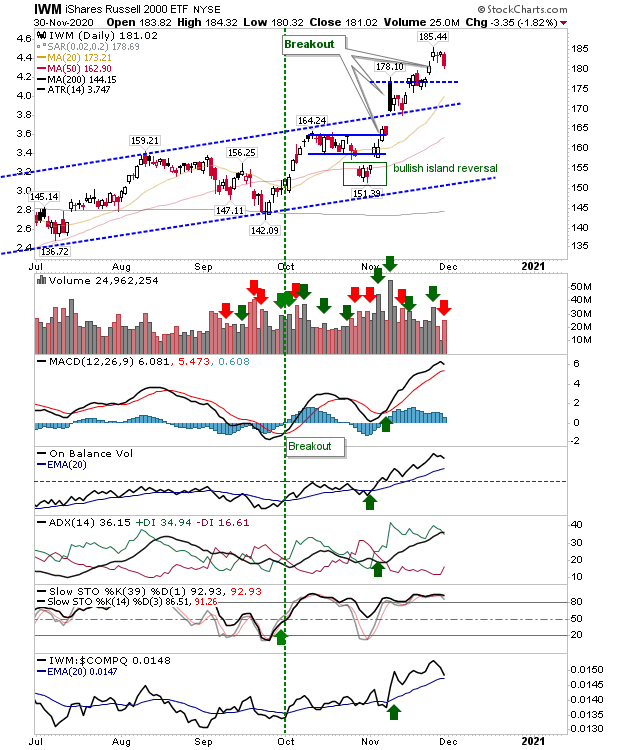 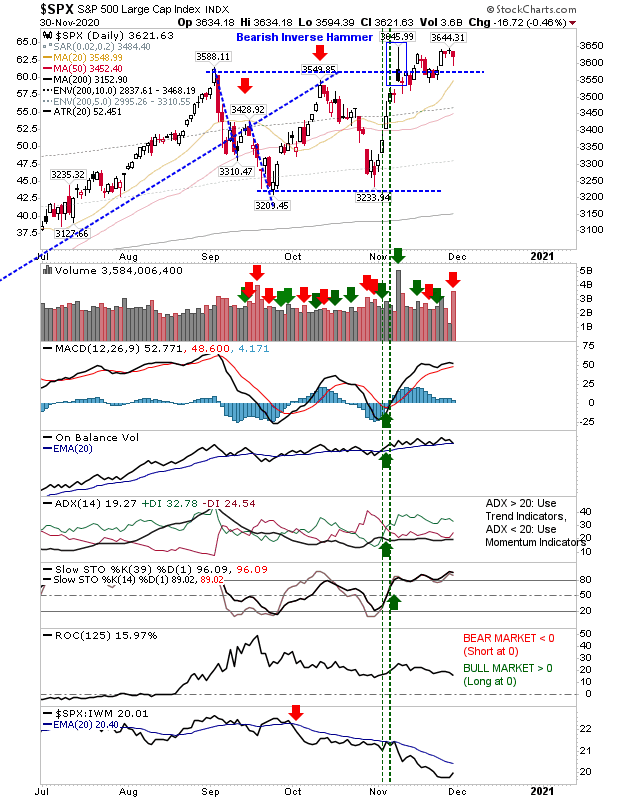 The Nasdaq experienced a day similar to the S&P with an intraday sell off, then a recovery. 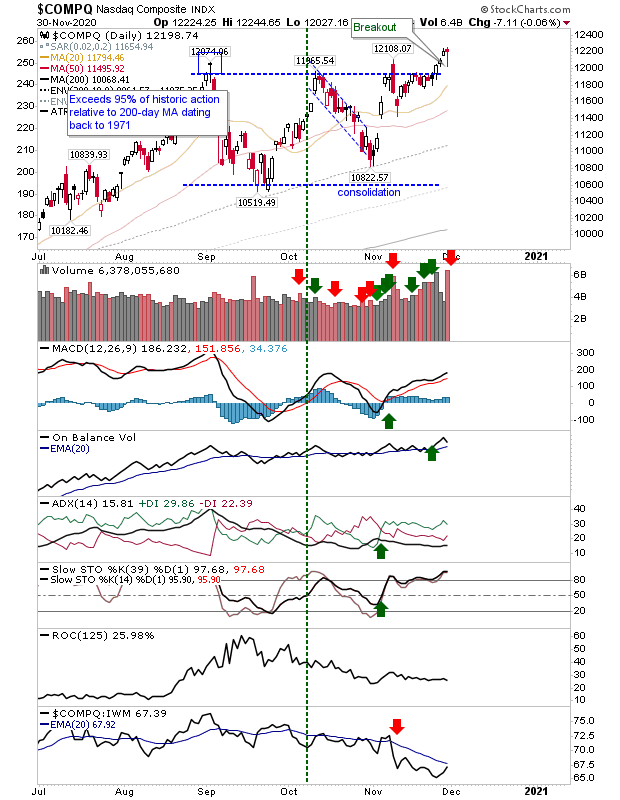 In contrast, the Semiconductor Index managed to accelerate its bullish trend and break out of its channel in a move which could ultimately benefit the Nasdaq and Nasdaq 100. 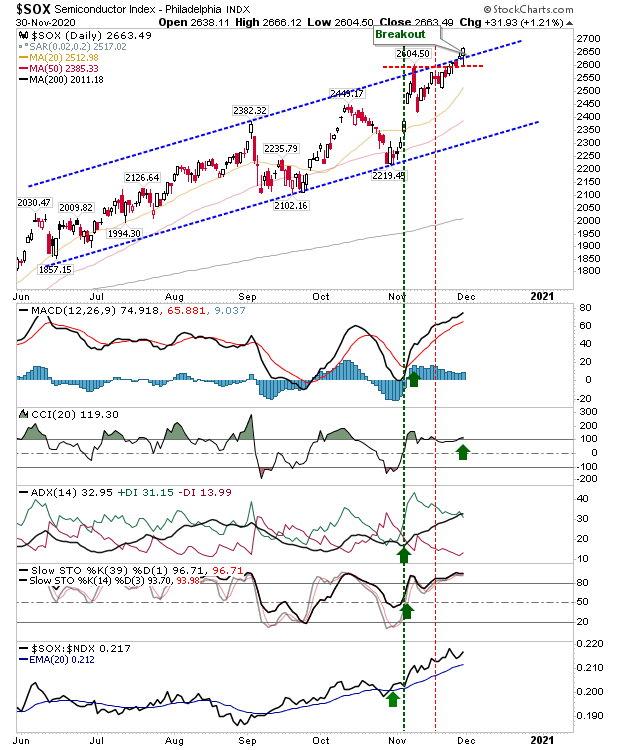 Tomorrow will be about holding on to recovered gains in the Nasdaq and S&P and for selling in the Russell 2000 to stabilize. It does look like there is more to come from the indices but it might be the New Year before they kick in. Until then, things might come in small steps.