Election week buying has managed to undo much of October's selling, but for all the enthusiasm it doesn't change the broader consolidation which is an index caught between Autumn peaks and swing lows.

Technicals for the Nasdaq returned to a net bullish picture but the index now finds itself back at - what had looked to be - a double top. As J.C. Parets has noted, how many times do you see a triple top? Not very often, so we must consider this test of resistance is part of a larger move higher. 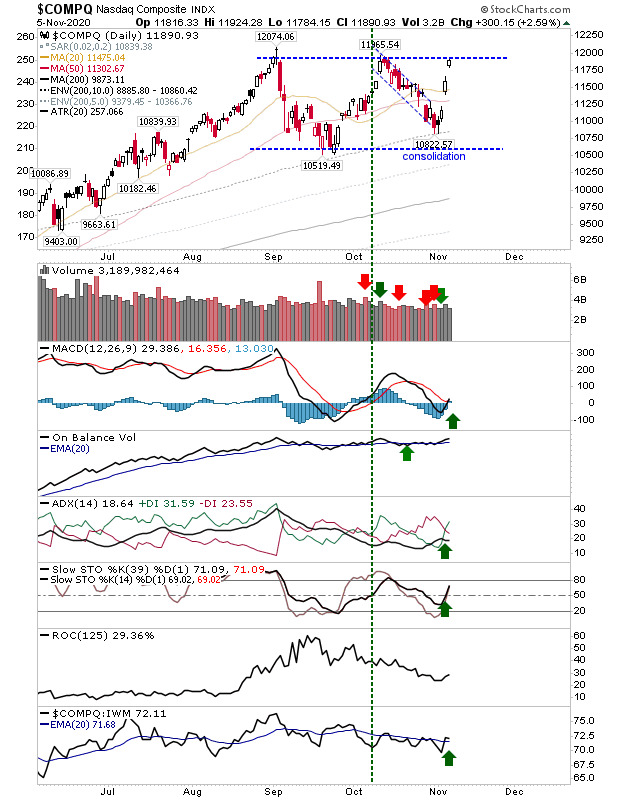 The S&P has similarly managed to post strong gains, but not enough to challenge the October or September high. Technicals are net positive following the successful test of the September swing low. I would be looking to the Nasdaq for leads; if the Nasdaq can break double top resistance then one can look to the S&P to follow suit soon afterwards. 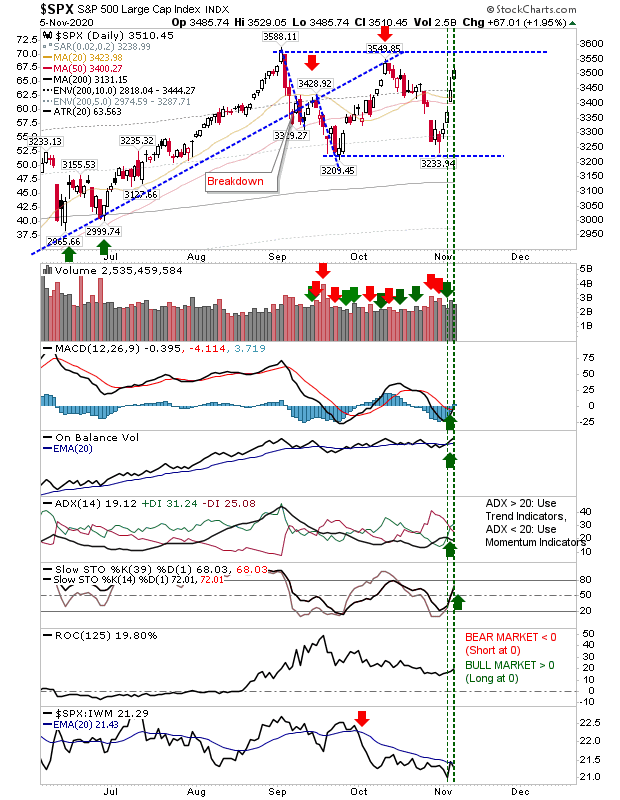 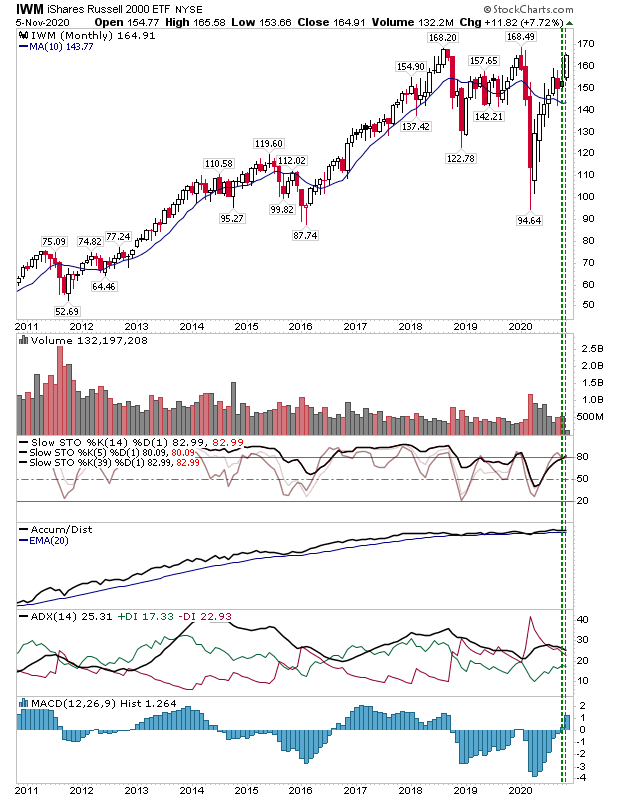 The election is likely to deliver a market ideal of a cross party administration; a Biden victory and a Republican Senate. This scenario offers the foundation for a break of the various double tops which have shaped the summer of Covid19. I would be looking for the formation of trading handles at resistance tests before an across the board follow through move higher.