Buyers made a return to markets before heading to the polls. There wasn't a whole lot of volume to today's action but it was enough to mark the action of the previous few days as a possible swing low.

The S&P was one of the stronger indices in its reaction off support. However, it now finds itself coming up against resistance of its 20-day and 50-day MAs. On a positive front, there was a 'buy' trigger in On-Balance-Volume, albeit a weak signal from a flat-lined trend. Relative performance was skewed heavily away from Large Cap stocks. 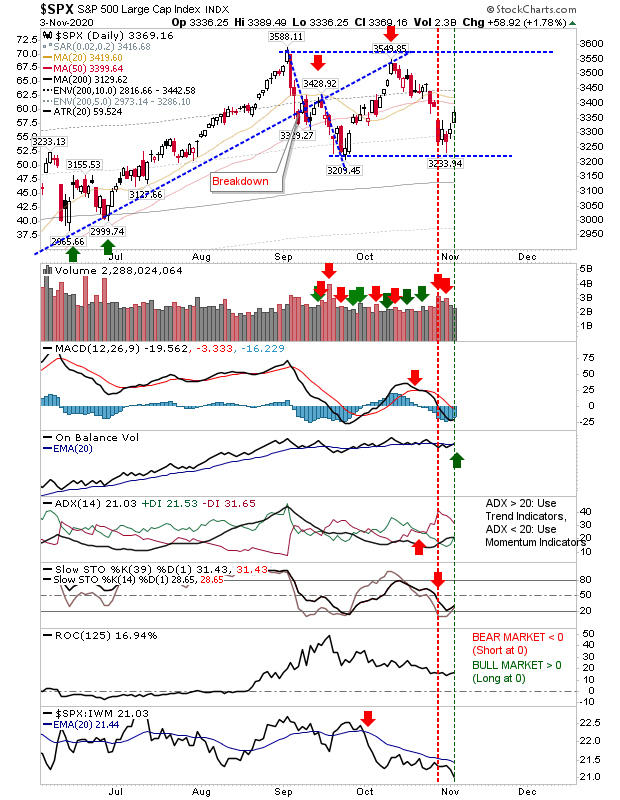 The Nasdaq bounce was less pronounced but still enough to suggest the makings of a swing low. On-Balance-Volume has flat-lined, so the current 'buy' signal for this indicator is weak.  As with the S&P, it finds itself losing ground to Small Cap stocks. 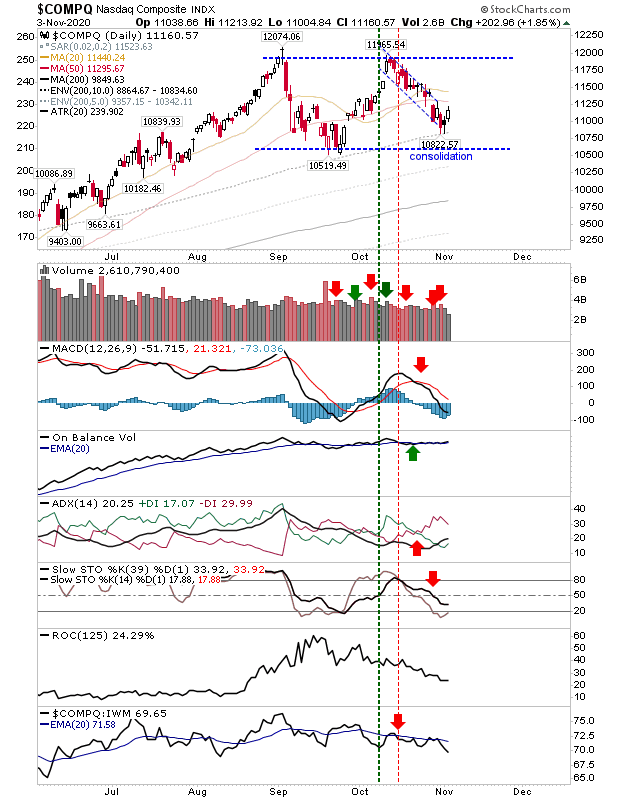 The Russell 2000 was the real winner on the day with a sizable gap higher. This gap took the index into the price consolidation 'handle' from mid-October, but more importantly, left behind the makings for a bullish island reversal. This maybe makes it the lead election 'buy' signal, but whatever it proves to be, it's a powerful signal from a key secular market leading index. 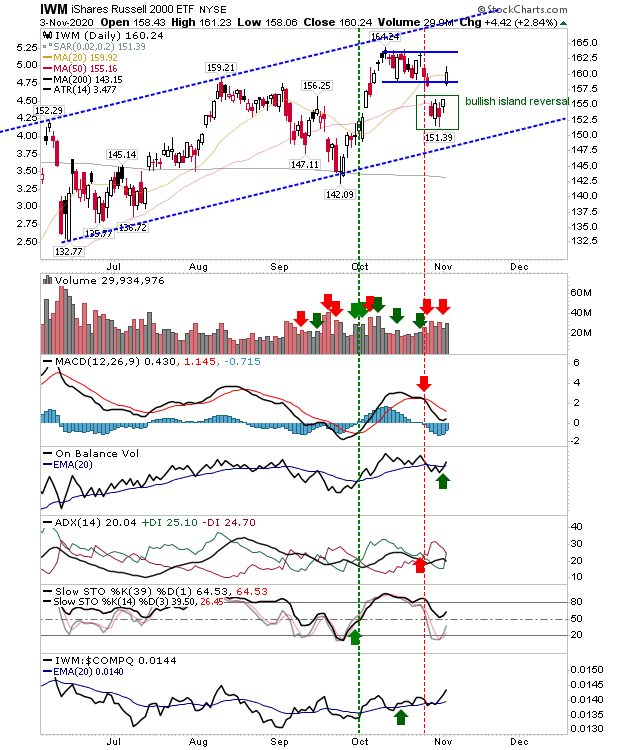 The Dow Industrial Index posted a second consecutive day of gains. Like the Russell 2000 it was able to put some good ground from its 200-day MA. It now finds itself up against former breakout resistance, which shouldn't prove as hard to breach, but overhead 20-day and 50-day MAs may prove more challenging. 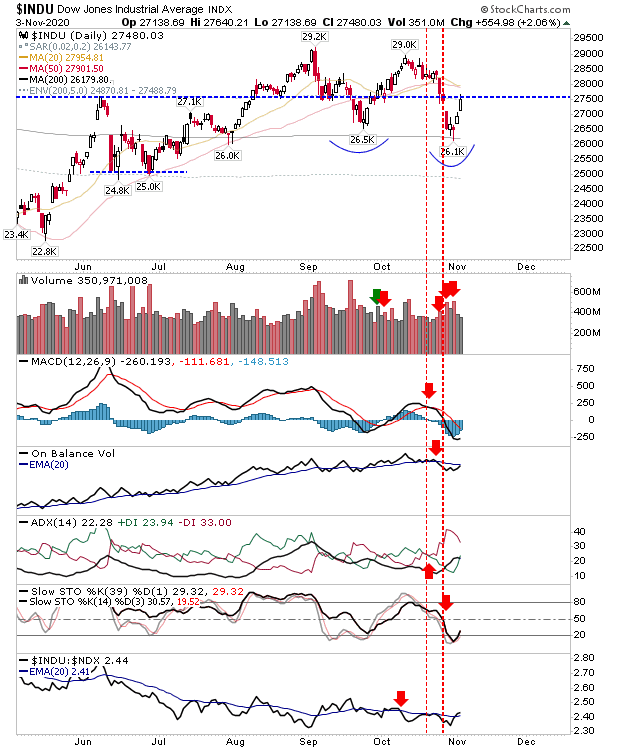 With a few hours to go before polls close, markets are set up for a positive reaction to the result. I would anticipate an initial sell-off to a Biden (Democrat) win - so is this a preemptive strike to a Trump victory? We will know in the coming days. It would be hard to think lightning could strike twice for bad polling data, but if Trump does win then pollsters will have their work cut out restoring faith in their figures next time.