Another bright start to the week on more positive Covid19 vaccine news. Today's gain was accompanied with higher volume accumulation across indices, setting them on course to negate the ultimate bearishness of last Monday's candlesticks - despite the initial positive vaccine news then.

For the S&P, while today's gains pushed it well inside the spike high of the inverse bearish hammer, relative performance against the Russell 2000 took a big step lower. Under these circumstances, this may be seen as bearish but Small Cap leadership is critical to the success of any long term bull market. We will have to wait and see what the rest of the week brings. 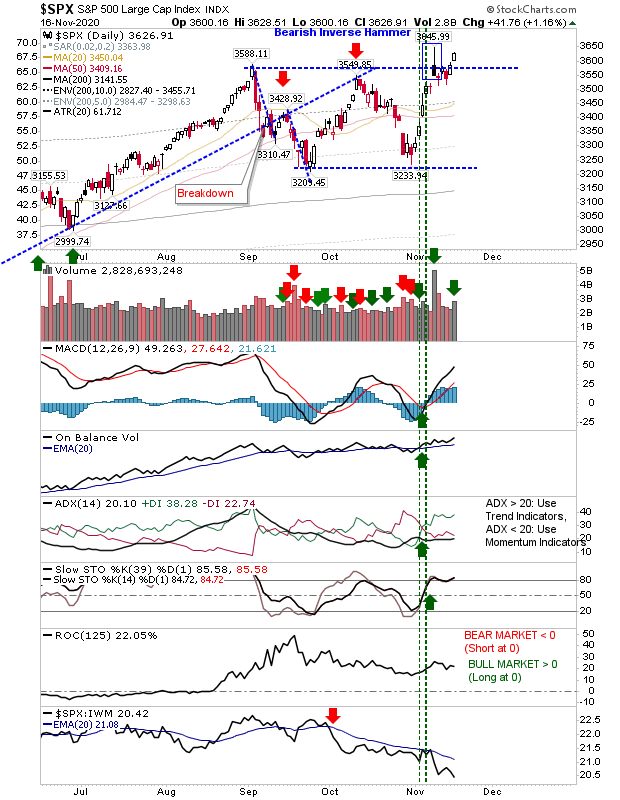 The Russell 2000 was almost too bullish in its opening gap; the size of the gap made it difficult for bulls to add to its gains. However, these gains are driving strong relative performance, and the dominant bearish black candlestick from last week is almost negated. 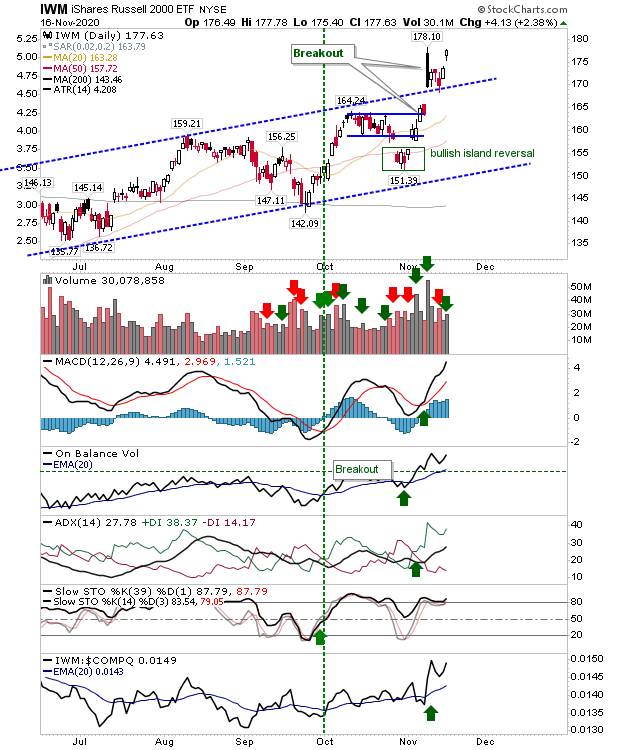 The Nasdaq was the only relative disappointment. While the S&P and Russell 2000 were able to make statements, the Nasdaq effectively treaded water. As with the S&P it is underperforming against the Russell 2000, but other technicals are net positive. 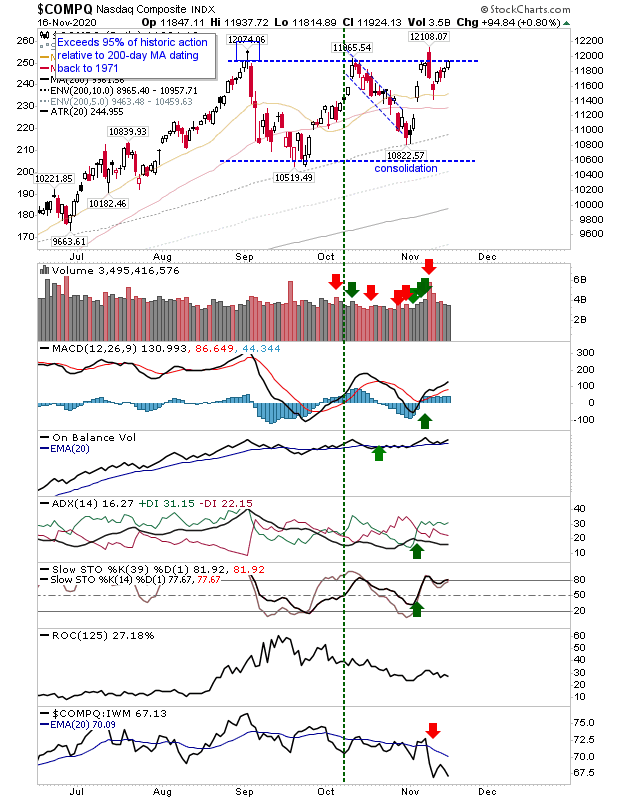 While the inverse hammer for the S&P hasn't been totally negated by today's buying it's looking unlikely shorts will be able to hold on to any positions taken last week. The gain in the Russell 2000 is looking like it has got a little ahead of itself but if it can stay in the upper part of this range for the remainder of the week it would be very positive.