Another day when Small Caps maintained their run of good form by closing above the August swing high, but buying volume was down on Thursdays. Technicals remain net bullish and have been since before the mini breakout in October. The only downside was the 'black' candlestick - a higher open but lower close; a close above prior day's close - 'black' candlesticks at a swing high typically mark reversals, so it will be important for buyers on Monday to make a close above the high of this candlestick to negate its potentially bearish implications. 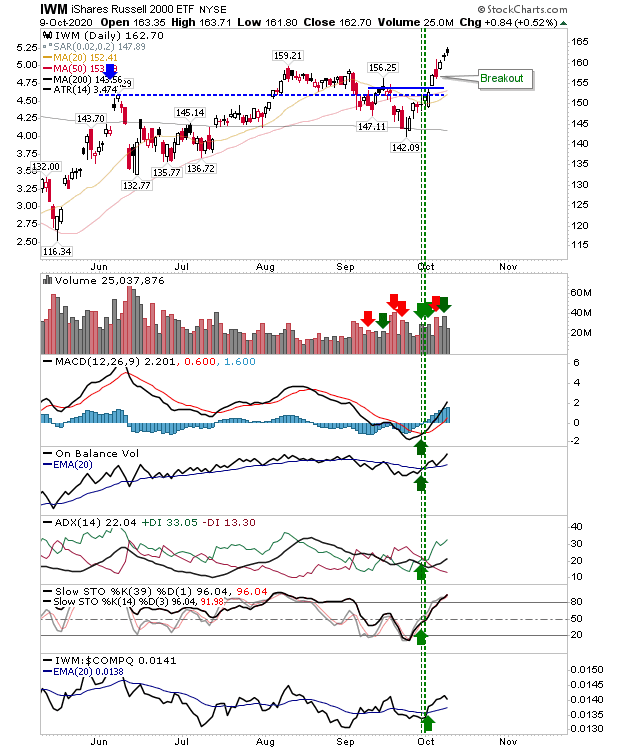 Both the Nasdaq and S&P continued to shape right-hand bases as they look to recover from the losses of August. The S&P remains in the 85% zone of historic price extremes relative to its 200-day MA and the Nasdaq is the 90% zone; both indices had reached the 95% zone in September. Even now, the Russell 2000 is only a fraction of a percentage point from getting into the 85% zone. These scenarios have in the past marked swing highs of consequence, but buyers are doing their best to ensure this will not be the case for a while yet. 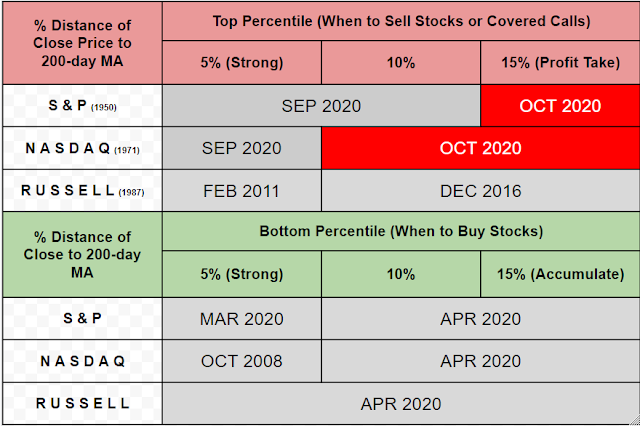 The Nasdaq base formation follows after bears were unable to deliver on the measured move target (down) following the break of the 50-day MA. Technicals are all net bullish. With the quick return above the 50-day MA there is a good chance the rally will make it back to the late summer swing high. 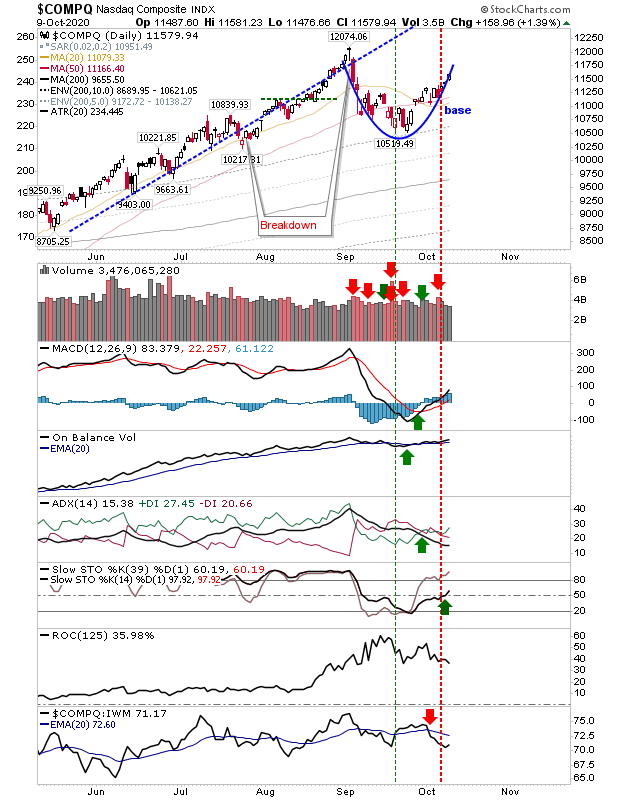 The S&P didn't quite make it to its measured move target before it rallied, but it came close and the bounce has started to enjoy some higher volume accumulation - something the Nasdaq hasn't quite done yet. Despite this, the index is underperforming far more than the Nasdaq relative to the Russell 2000. 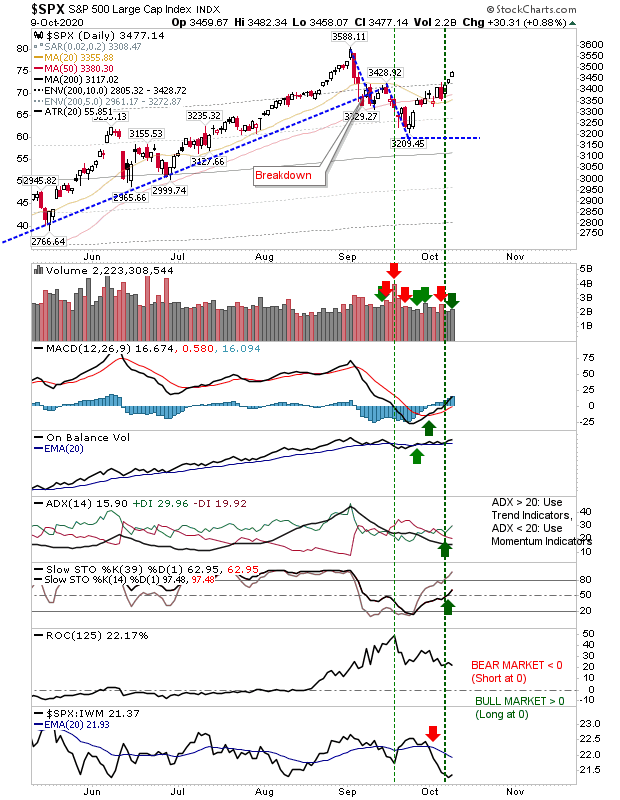 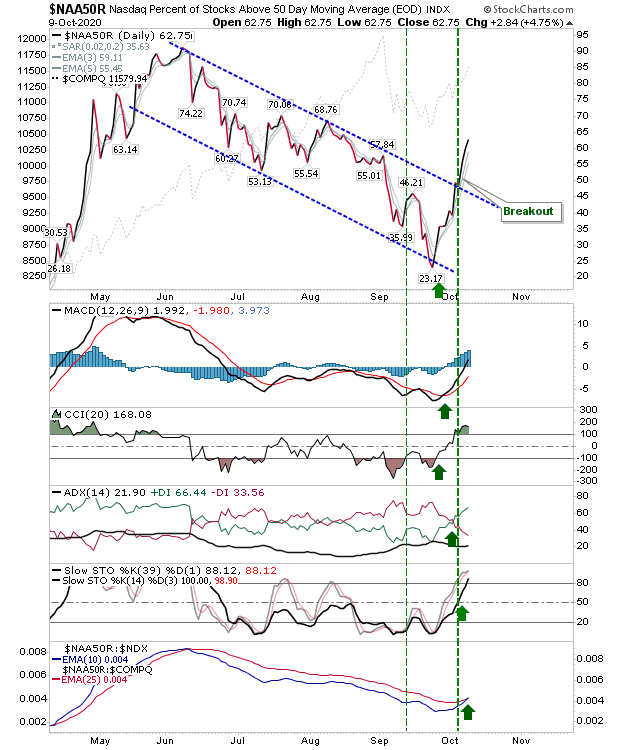 I still see the last swing high as a major top of consequence but so far, indices are doing their best to put this to bed as indices build new bases with the Russell 2000 leading. Price action is key, but a Democratic victory - particularly if the Senate is won too - would likely turn into a sell the news event.