Indices continued to decline with measured move targets for the S&P and Nasdaq still in play. However, the real damage was done in the Russell 2000. The index made a clean break below its 50-day MA on a gap down with new 'sell' triggers in Stochastics, ADX and relative performance. Volume climbed to register as distribution.  The index which had been defending the breakout is now having to contend with a new level of overhead supply. 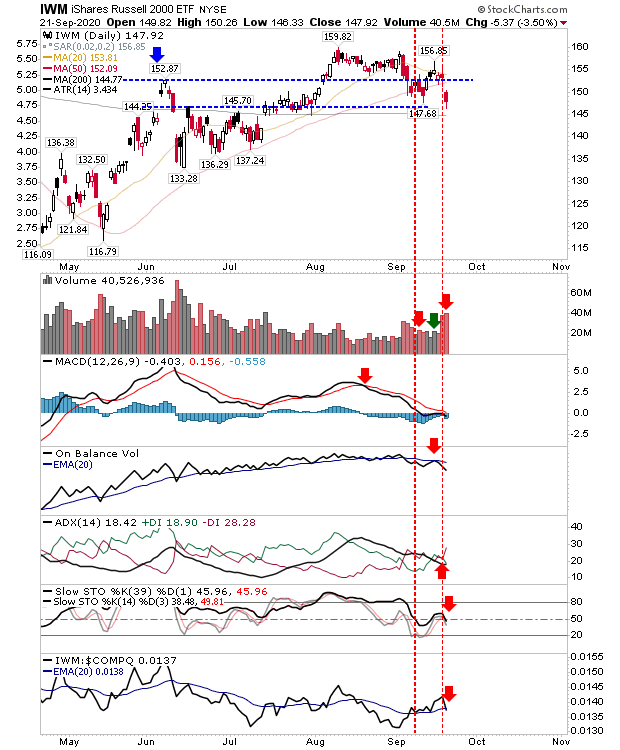 The Nasdaq recovered from its early morning gap down, but not enough to register a higher close. Volume was lighter than yesterday, so no distribution. Current action remains on course to complete the measured move lower in an ABC correction. 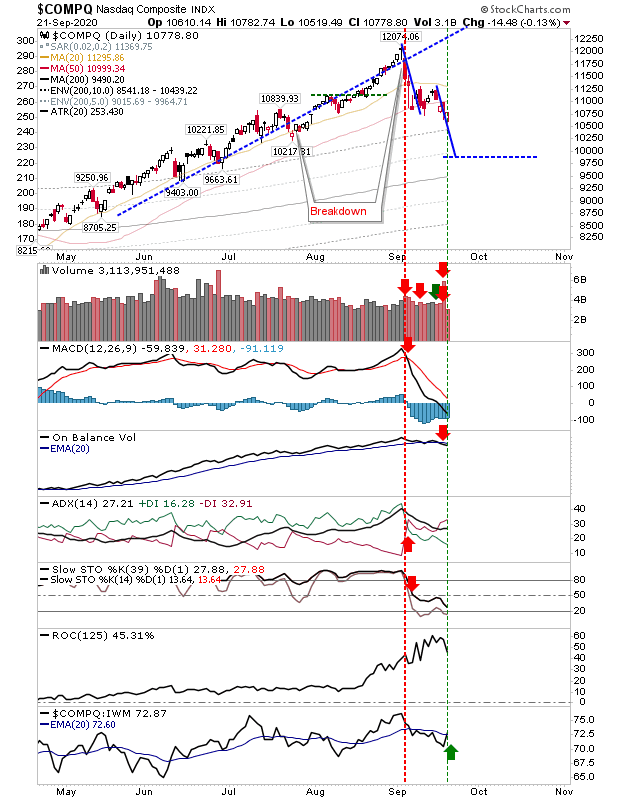 The S&P also recovered lost ground during the day to finish with a neutral doji. Technicals are net negative and weakening. The only positive was in relative performance with defensive Large Cap stocks retaking its leadership role over more speculative Small Caps - although this is more damaging in the long term as investors flock to safety. 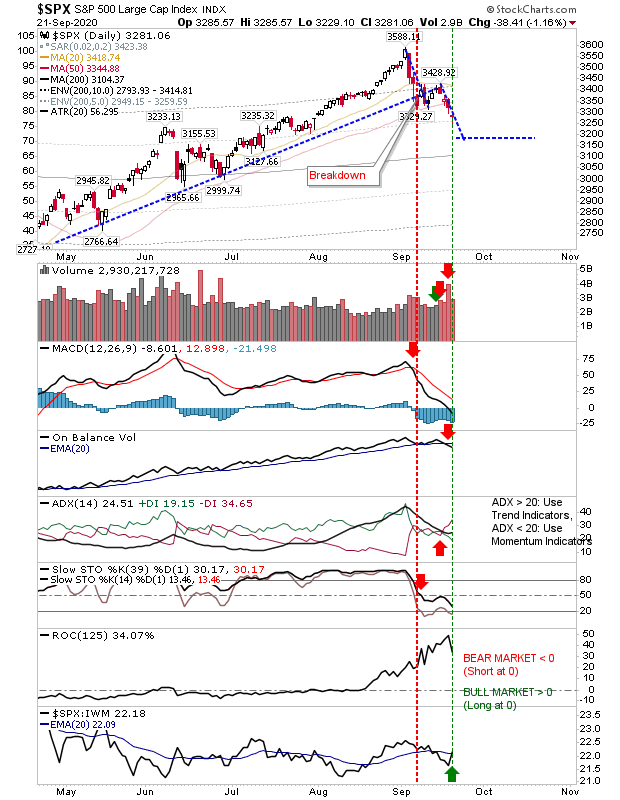 With the heavier than expected loss in the Russell 2000 we need to keep a close eye on this index. If the index continues to lose ground it will lay the ground work for a crash as all indices will be experiencing larger than expected losses - although there is nothing yet to suggest this will happen.