Measured Moves Down In Play for S&P and Nasdaq

Friday's selling sees a break in the 50-day MA for the S&P, following the lead of the Nasdaq from last week. Selling volume climbed in confirmed distribution across the indices. The measured move targets for both these indices remain in play with each swing low likely to breached Monday. Not surprisingly, technicals for the S&P and Nasdaq are both net bearish. 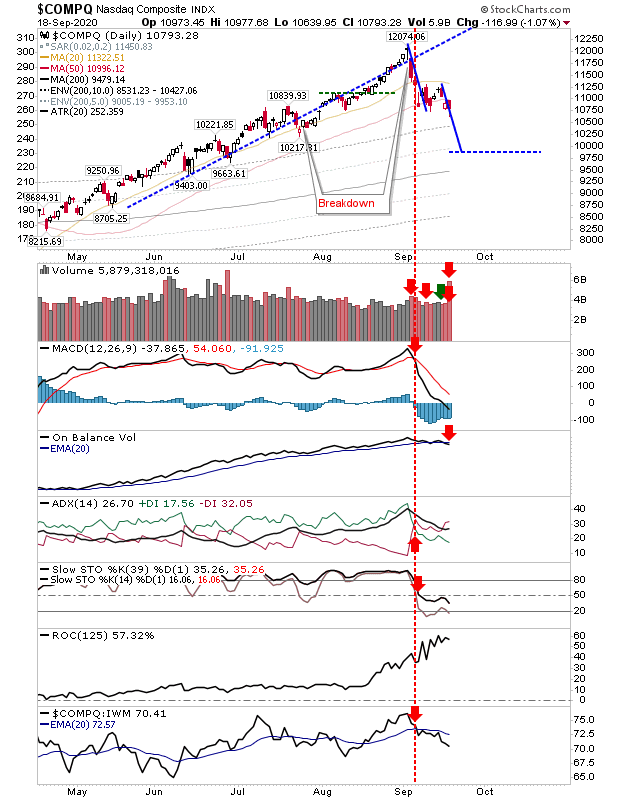 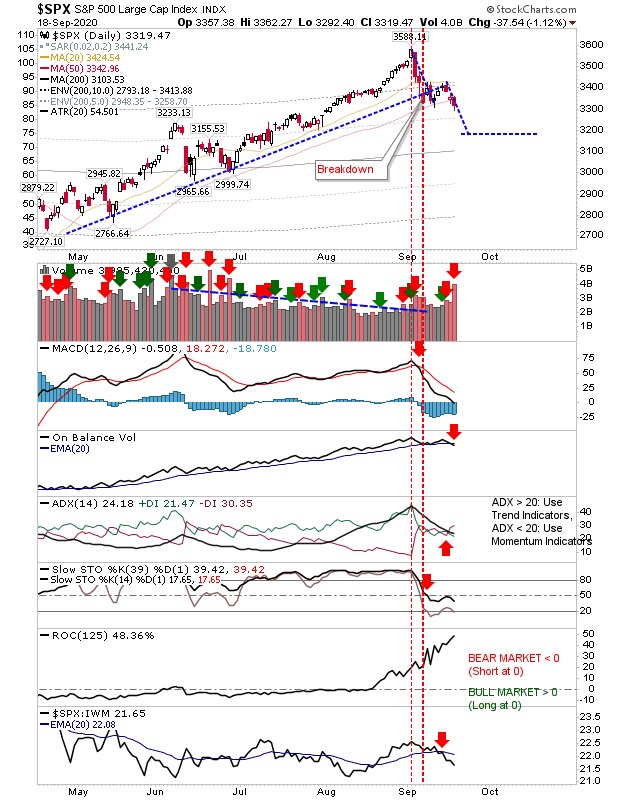 The Russell 2000 finished the week at its 50-day MA support on a neutral doji. It's the only index not to challenge its swing low although it did register confirmed distribution on Friday. Techncials are a mix with bullish signals for Stochastics and ADX offset by the bearish 'sell' triggers for On-Balance-Volume and MACD. However, relative performance has been good and the index has managed to return above breakout support, even if the set of candlestick in recent days have looked more bearish. 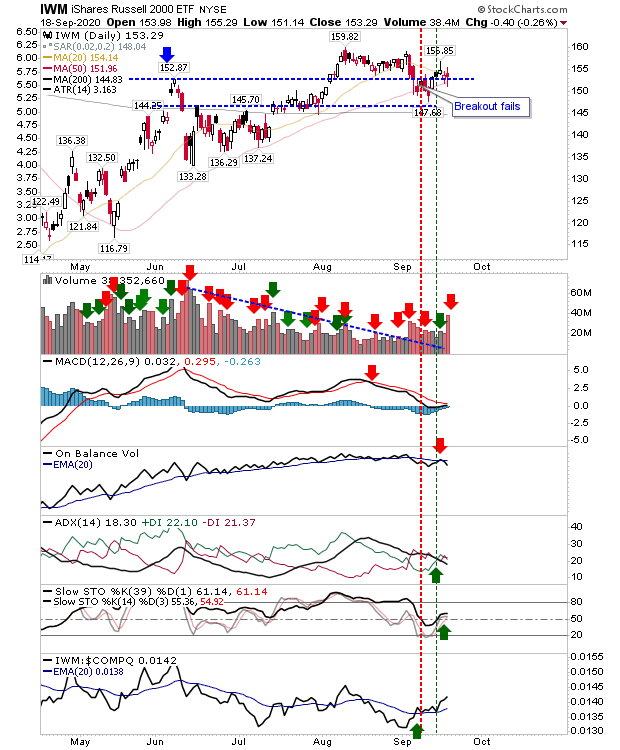 The Dow Jones Industrial average hasn't suffered the same fate as the S&P as it remained above its 50-day MA and breakout support in a rare divergence to the S&P.  It didn't escape the bearish distribution though but has the potential to attract buyers in an ever decreasing pool of opportunities. Semiconductors confirm bearish action in the Nasdaq with a 'bear flag' to go with a reversal of stochastics at the mid-line, along with bearish technicals for ADX, MACD and CCI. Despite this, the index is outperforming the Nasdaq 100 and is the index to watch if there is potential for a recovery. 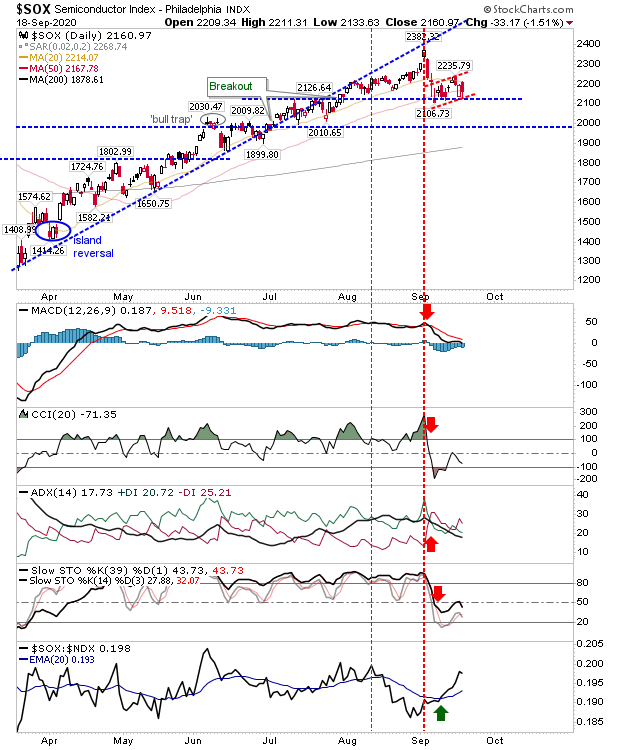 Friday's action gave the strongest indicator that more selling is on the way with traders given the weekend to stew on developing weakness. There was an attempt by bulls to shore up the defenses on Thursday but it only took a day for this work to be undone; it's unlikely the prior swing low is going to hold and my earlier assumption for a measured move lower is looking ever more likely.