Breakout in Indices haven't fully moved beyond support to classify as sustainable breakout moves, but the Russell 2000 is making the best attempt at it. A series of consecutive small gains across indices has the makings of a breakout, but without the volume and a single powerful trading day it lacks the momentum for it to be sustainable.

Having said that, the Nasdaq is up against channel resistance (former support), although technicals are net positive.

The Russell 2000 has made the best of the breakout momentum as technicals remain net positive. The index finished nestled against resistance of the June swing high; a break of this point would attract momentum traders, but current volume is light and we are still waiting for a catalyst. 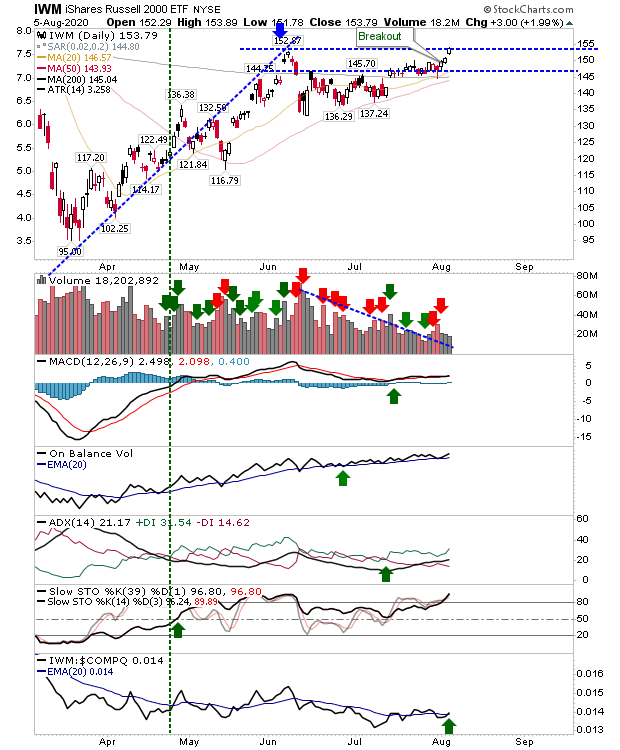 The S&P cleared resistance and was the first index to register a breakout on positive technicals, but traders are still waiting for the oomph move as volume is lacking 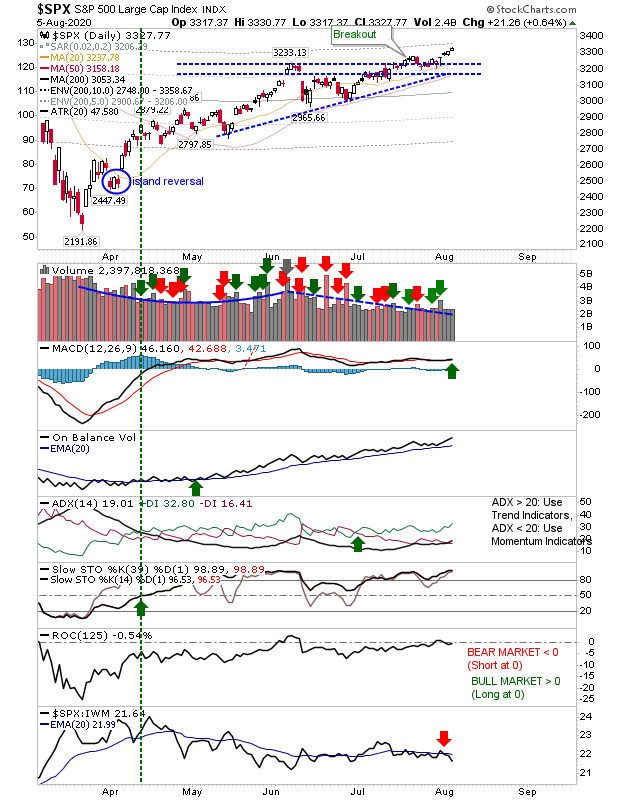 We have mid level breakouts but they lack punch. Indices need concerted activity from buyers to generate momentum but until then, small gains must do.