There was a small dose of trouble for indices as the Nasdaq pulled away from former channel support (turned resistance) with relative performance accelerating away from the Russell 2000. Selling volume was down on Monday, so no distribution day, which is a positive. Because of prior strength, the Nasdaq is only testing its 20-day MA - something it had successfully achieved in late July, but will it be able to repeat the feat again? 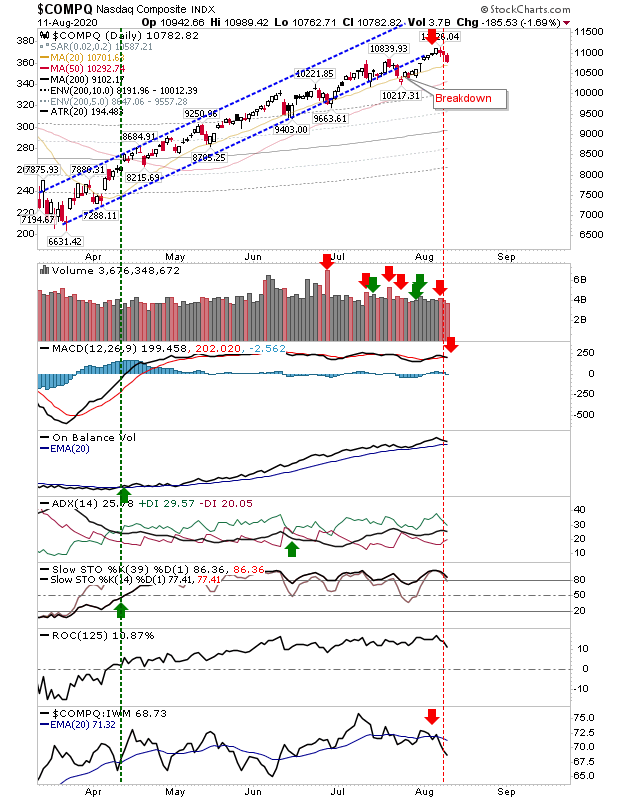 The S&P finished with a small bearish engulfing pattern at overbought monn mentum. Typically, sellers would take control here in a probable second test of breakout support. As with the Nasdaq, it's underperforming the Russell 2000 but has the benefit of its breakout to lean on. 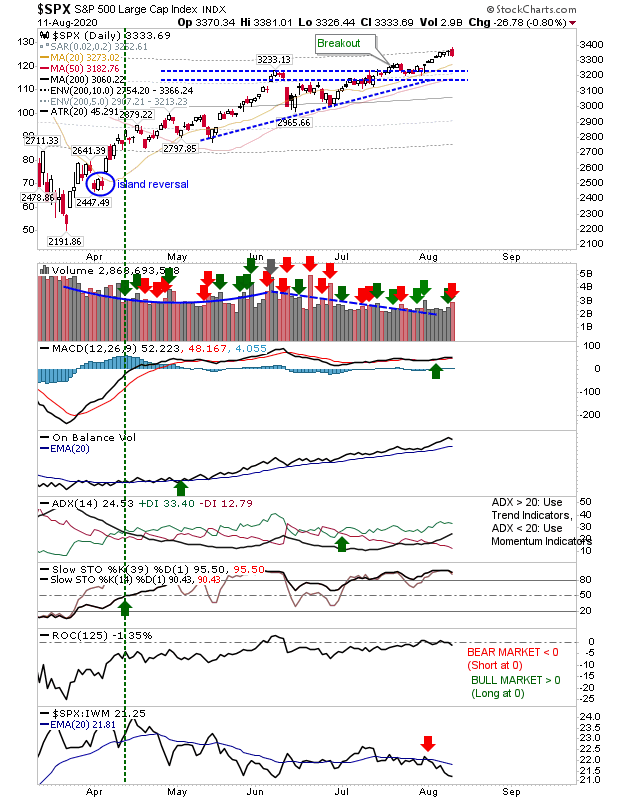 The Russell 2000 had edged a breakout on Friday, but finished today with a 'bearish cover' candlestick on confirmed distribution. With momentum overbought further downside should follow, which given the proximity of breakout support leaves the risk of a 'bull trap'. The main factor working in its favor is the relative performance advantage to its peers - which represents money flowing into the index and could yet maintain the breakout. 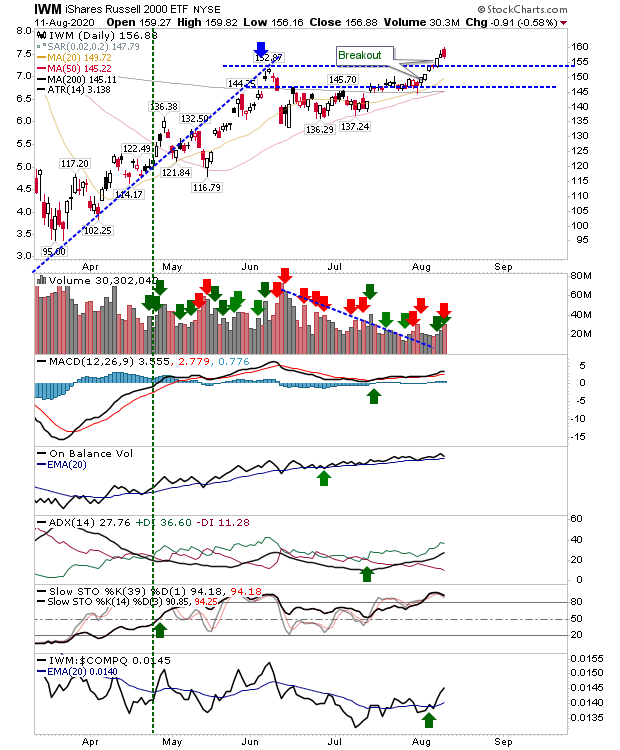 For tomorrow, expectation is for some secondary downside selling to today's bearish candlesticks; swing traders could go in here using today's high as the risk measure and breakout support the target.