Buyers Keep The Pressure Up

Friday's defensive action was followed by Monday's buying, with many indices defending 20-day MA support. The profit taking from Thursday is still in the mix but the panic selling from February hasn't materialized. Indices finished with possible bullish engulfing patterns, but the lack of oversold conditions weakens the signal.

The S&P didn't reverse the 'sell' triggers in the MACD and ADX and left a new underperformance signal relative to the Russell 2000. 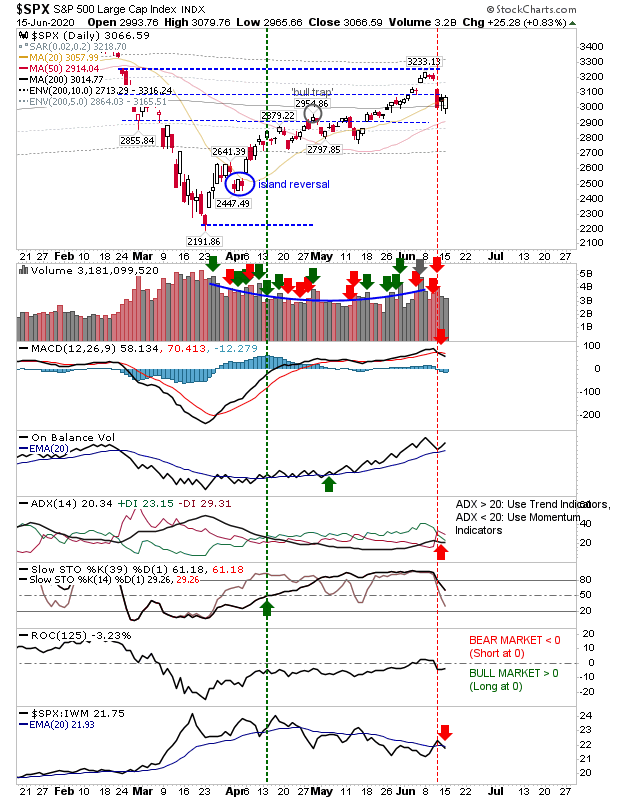 The Nasdaq hasn't yet mounted a challenge on the 'bull trap' but today's close left it one or two days away from doing so. Aside from the MACD, all technicals are bullish. 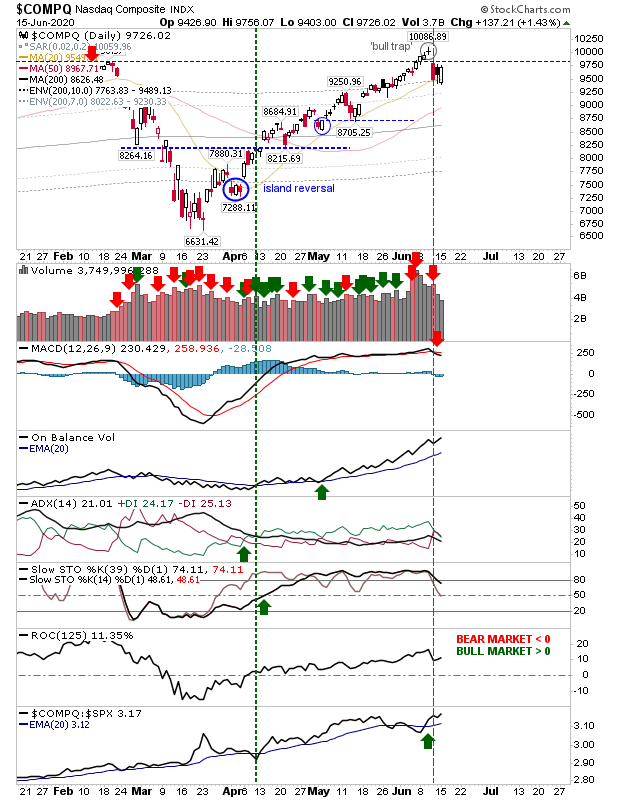 The Russell 2000 is a more mixed bag with 'sell' triggers in the MACD, ADX and relative performance offset by On-Balance-Volume. The next gain will challenge the breakdown gap. 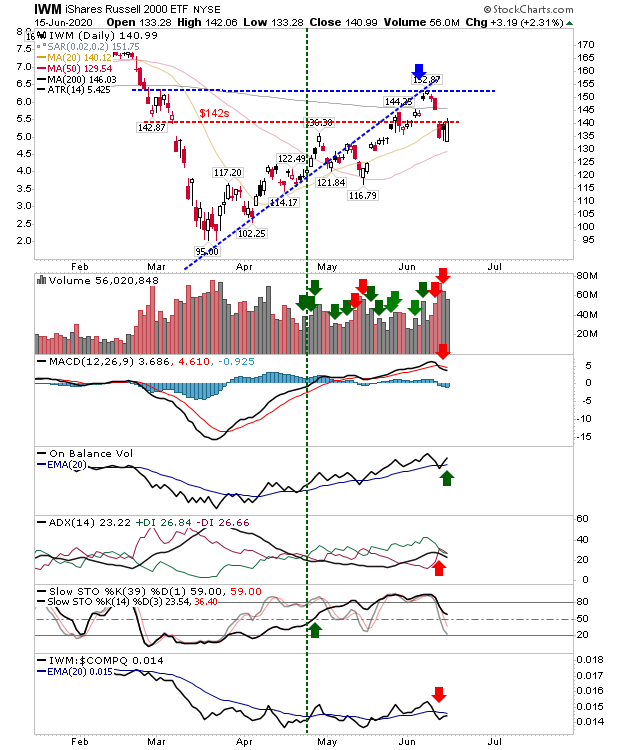 The Semiconductor Index successfully defended the rising trendline with 'sell' triggers in the MACD and CCI. 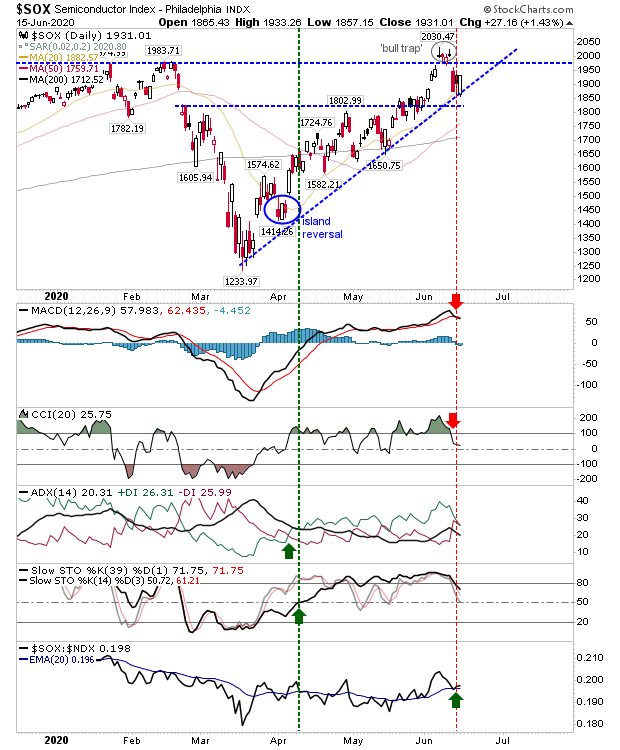 Today reached a point where another day's gain will see challenges on either the breakdown gap or resistance and ultimately test how much selling was driving Thursday's fall.