April 06, 2020
Surprising action from markets with gap breakdowns switching instead to bullish island reversals. These reversals were also accompanied by breakouts for some indices which keeps the bounce going for a little bit longer.  Island reversal do need to come from oversold momentum indicators, and this is not the case here.  It's possible we have the low retest, but given the extent of the initial decline it will still be a while before indices pull themselves out of oversold conditions.

The S&P almost registered a breakout, but technicals haven't improved enough to suggest we are there yet. While relative strength continued to improve, aside from the MACD we haven't seen too much improvement elsewhere. 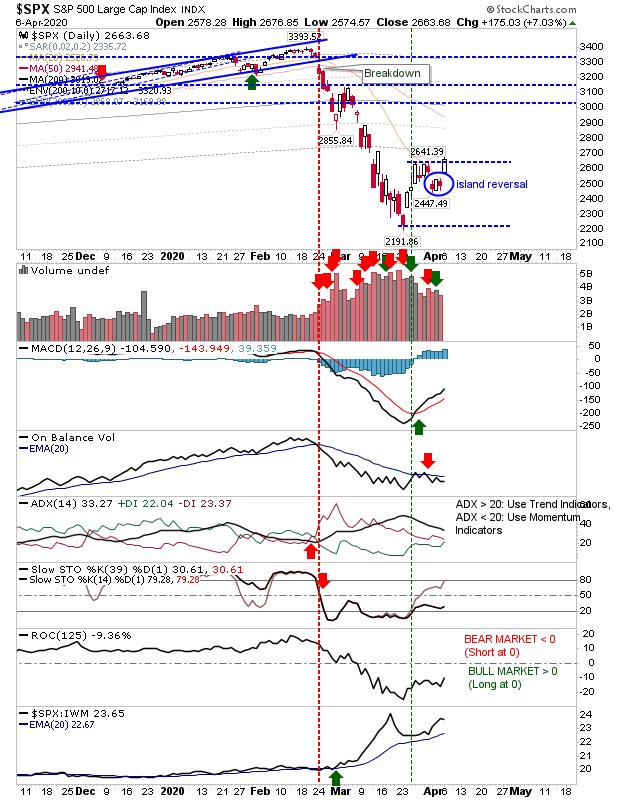 The Nasdaq managed to take things a little step further with a breakout to new swing highs. The relative performance hasn't changed too much despite today's breakout but there was a 'buy' trigger in ADX. 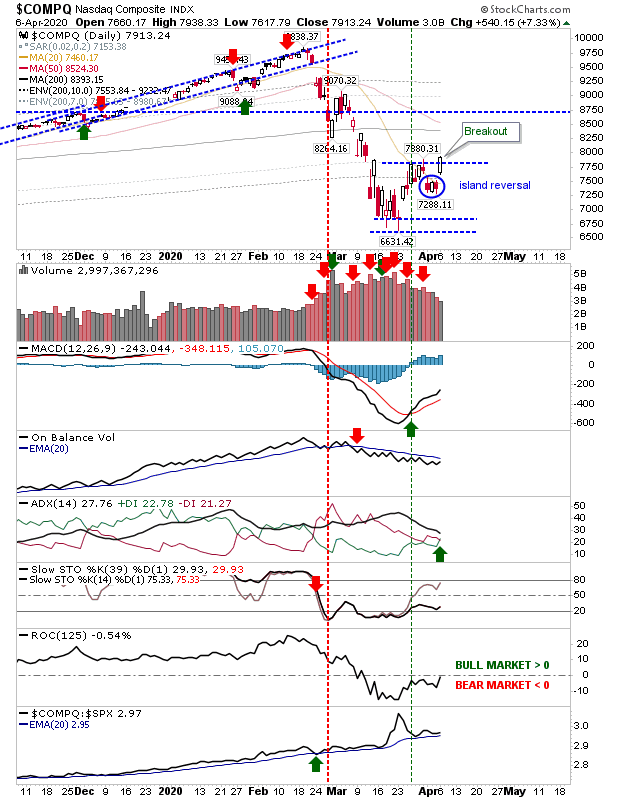 The Russell 2000 wasn't as bullish as the S&P and Nasdaq, but it did manage to gap higher for its own bullish reversal on higher volume accumulation. However, it's a long way from breaking out as happened in the Nasdaq (and is close to happening in the S&P). 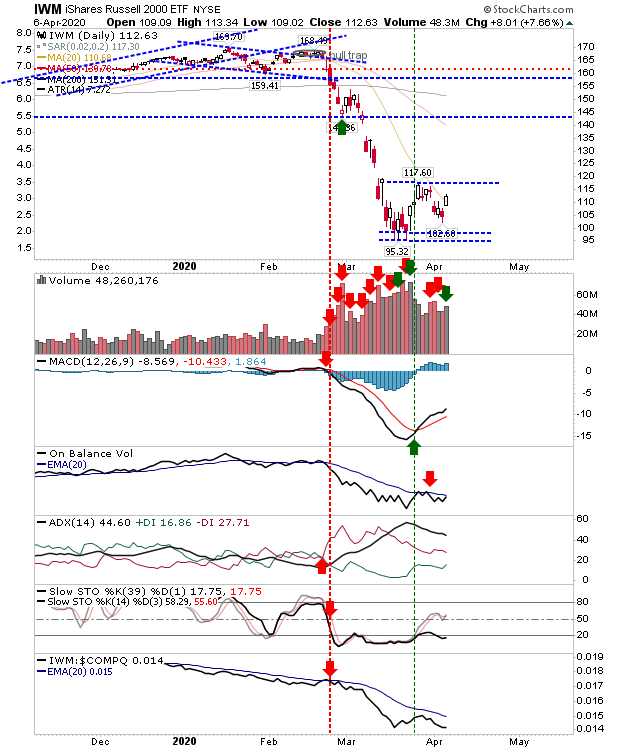 The Semiconductor Index also delivered a breakout on bullish technicals, well - for all bar slow stochastics. This will help support gains in the Nasdaq as relative performance vs the Nasdaq 100 also ticked higher. 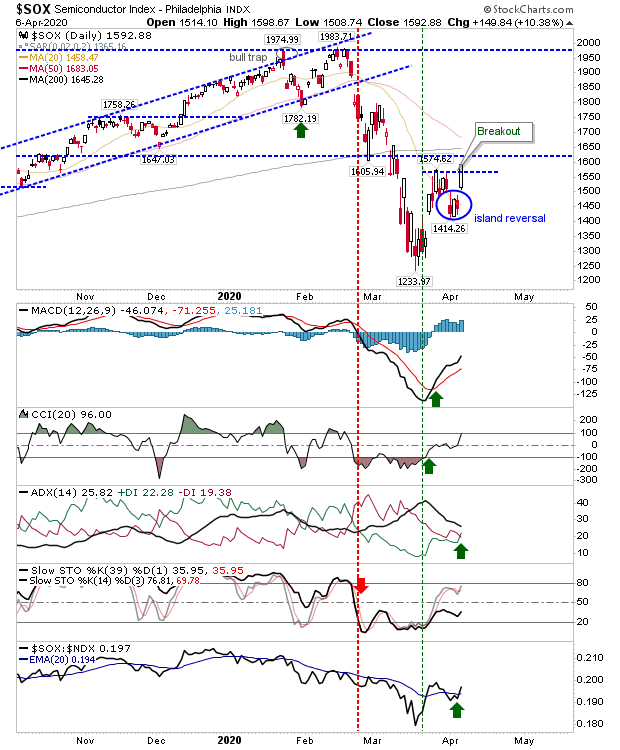 The week has started brightly but there is much work to go, and Covid-19 remains in the early phase of infection in the U.S.