Bearish 'Inside Doji' Across Indices For Friday

March 29, 2020
Friday saw the return of sellers which left many of the lead indices with bearish inside doji; this pattern is typically viewed as bearish when momentum indicators like Stochastics and RSI are overbought, but in the midst of this bear market, the mid-line of Stochastics is seen as overbought, and this is where we are now. In addition to this, many indices are also up against 20-day MA resistance. We are seeking a point where the bounce loses the momentum it had as it faces overhead supply from panicked, and loss-holding, bulls. The only positive from Friday was the lighter volume on the selling.

For the S&P, this convergence of bearishness has also come with a bearish cross in 'On-Balance-Volume', but still has the MACD trigger 'buy'.The question is whether this will in fact be a swing high reversal, or will the index continue higher - looking at the 50-day MA as the next supply, reversal zone. 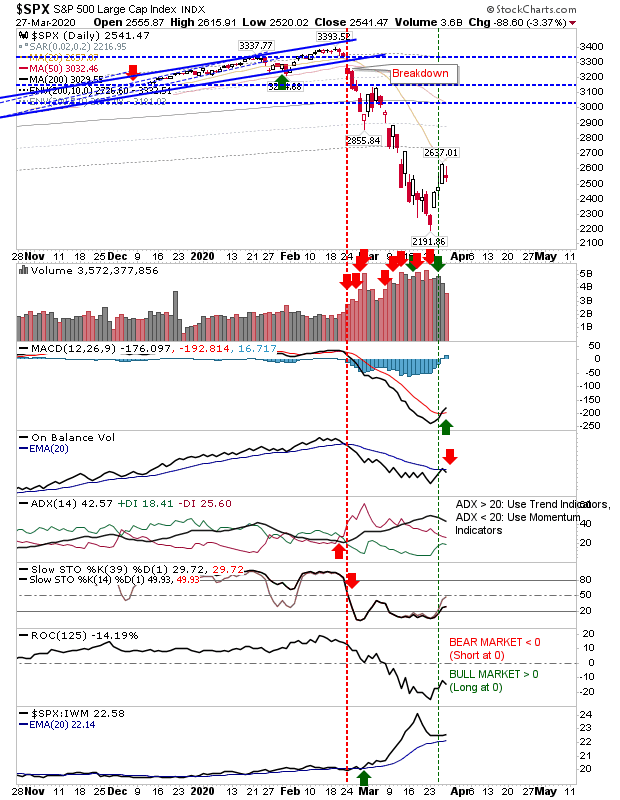 The Nasdaq had already shifted towards a favored distribution trend from earlier in March, but is still holding on to its MACD trigger 'buy'. The index has been outperforming for a long time and by virtue of that, has held up well in the face of Corvid-driven selling. However, it may start to underperform as other sectors offer better value. 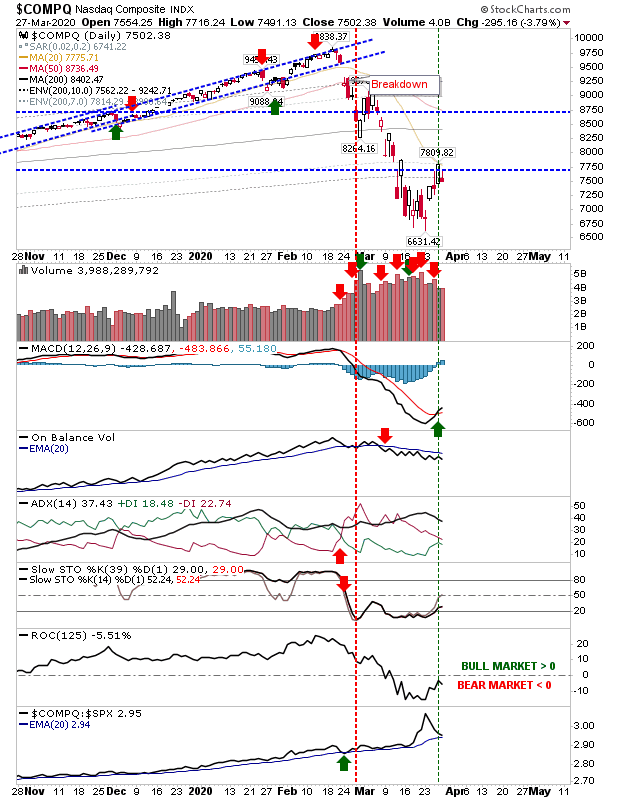 Small Caps was hardest hit of the indices, but the recovery has also been one of the better ones in relative terms. Like other indices, the MACD is on a 'buy' trigger but On-Balance-Volume returned to a 'sell' trigger. Bull markets are led out by Small Caps, so we will look to see what leadership this index can provide over the coming months. 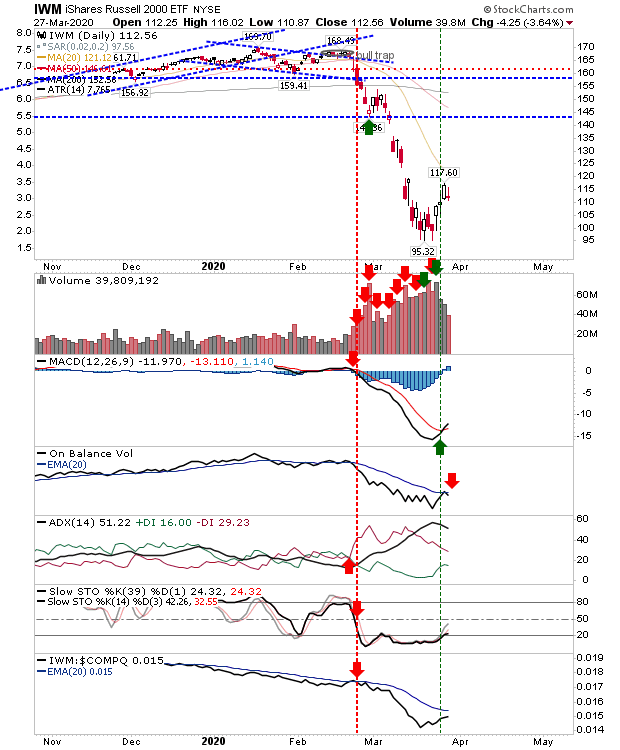 For the start of next week, we want to see rallies stabilize and consolidate and then see how retest of lows emerge. While the bounce isn't over it has reached a natural reversal point - the question is, will it?