June 17, 2019
Friday's action was positive because so little happened. Markets had spent the first half of June rallying off lows, but last week was one where indices consolidated the gains. Not all indices were equal, but the effect was the same.

The S&P closed with a doji - a doji which held above 50-day MA support. Volume declined in line with the consolidation; a positive behavior. Technicals are still net positive. Action points to a probable follow through higher and a challenge of the 52-week high of 2,954. 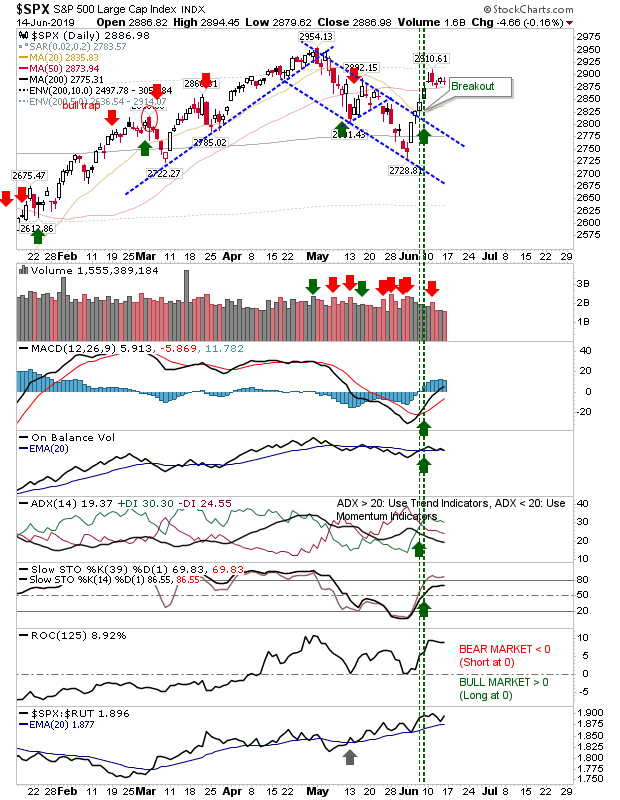 The Nasdaq is hanging around its 50-day MA, but is running a little closer to its recent lows. If there is a pop lower, look to the Fib retracements between 7,547 and 7,685 to trigger buying. 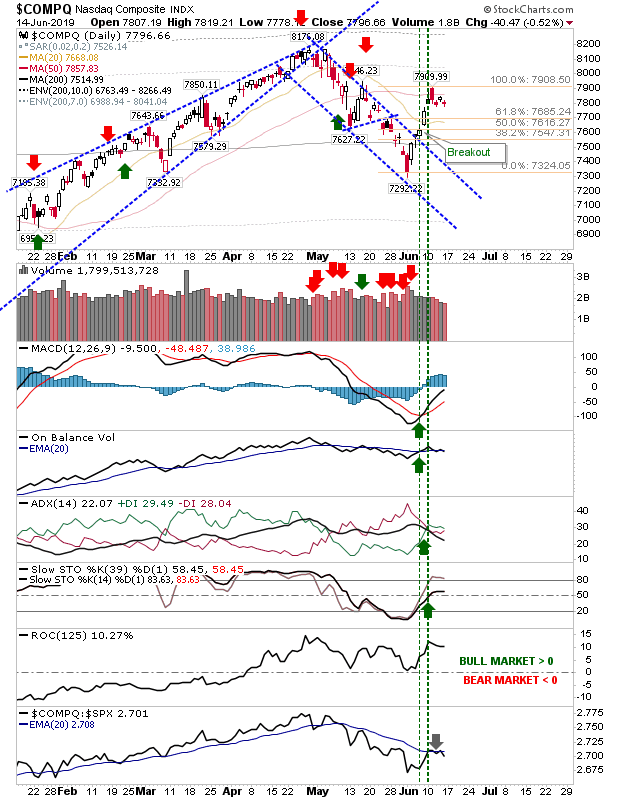 The decent gains in the Russell 2000 on Thursday were undone by Friday's action. The index remains below declining 50-day and 200-day MAs with the (bearish) tweezer top from the earlier part of the week still in play. Technicals are mixed; a weak bullish MACD and positive +DI/-DI cross is offset by weak momentum in a below par stochastic and underperformance against the S&P. 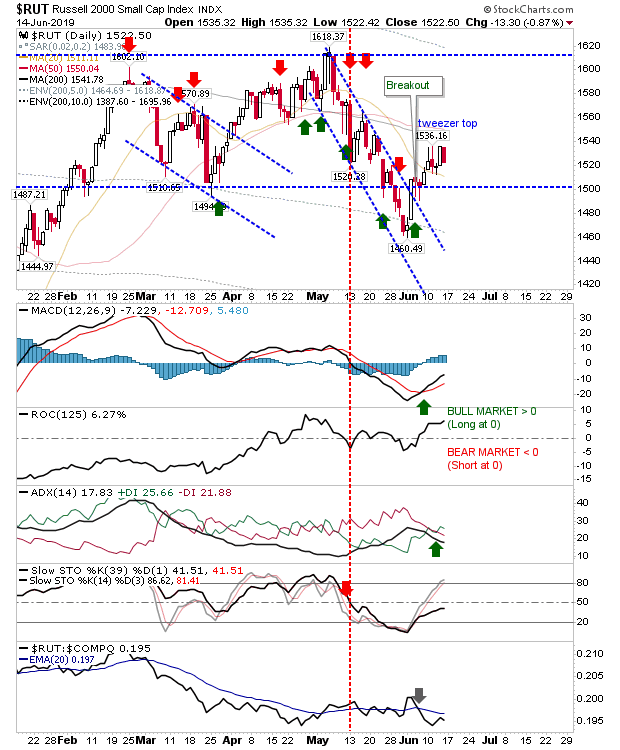 The Dow Industrials, like the S&P, is trading above the 50-day MA. In the past week it has traded a very tight line and may be a good long trade for those looking at upside opportunities. 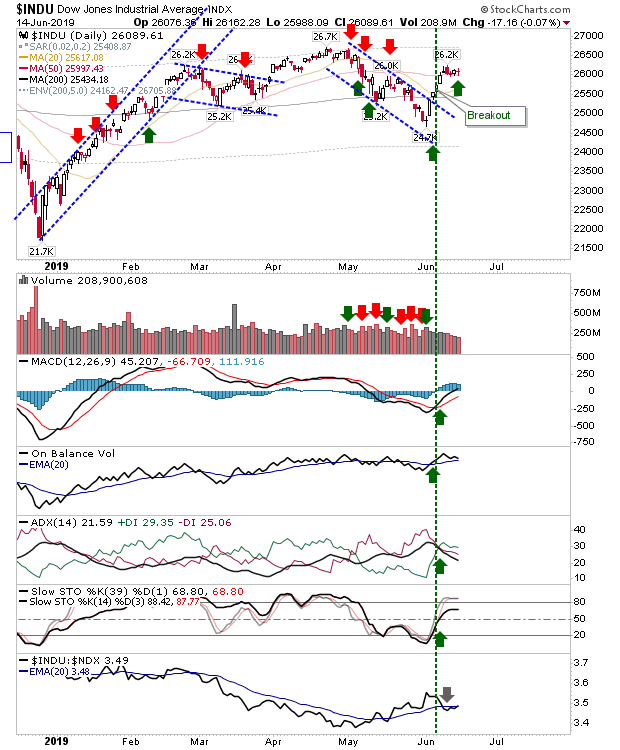 The one exception to Friday's action was the Semiconductor Index. While other indices traded inside a narrow range over the week. The Semiconductor Index lost nearly 3% and is now closer to its 200-day MA than it is to its 50-day MA (it finished on its 20-day MA). The swing May swing low should be good support as it was a 'bear trap' against its 200-day MA. Technicals are mixed and aren't offering much guidance at this time. 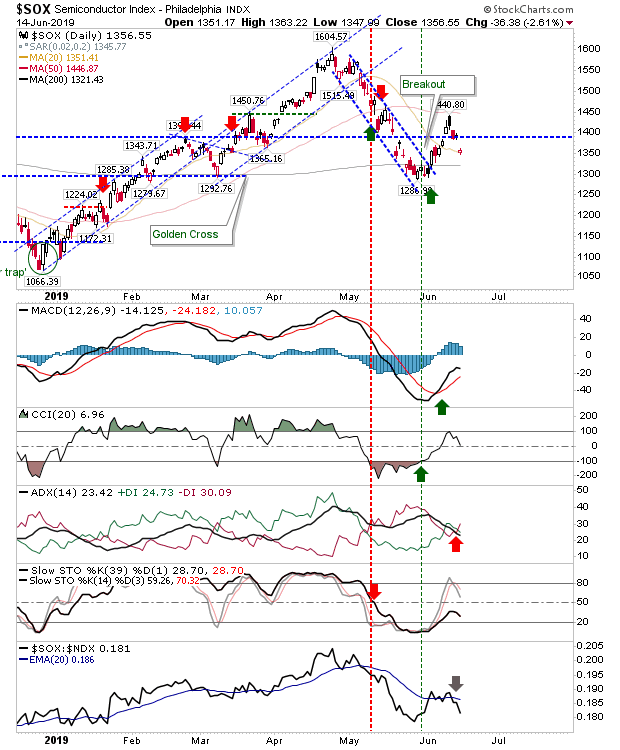 For tomorrow, we will want to see indices push beyond these consolidations so all-time highs can be challenged.