May 02, 2019
Shorts may think they have their reversal but the last such break in March quickly reversed higher. Volume was light even though technicals weakened with MACD 'sell' triggers for key indices.

The S&P has started to see its MACD trigger line accelerate lower after weeks of flat-line behaviour. The S&P has also switched to a point of underperformance against the Russell 2000; this is bullish for the broader market even if it's bad news for the S&P in the near term. 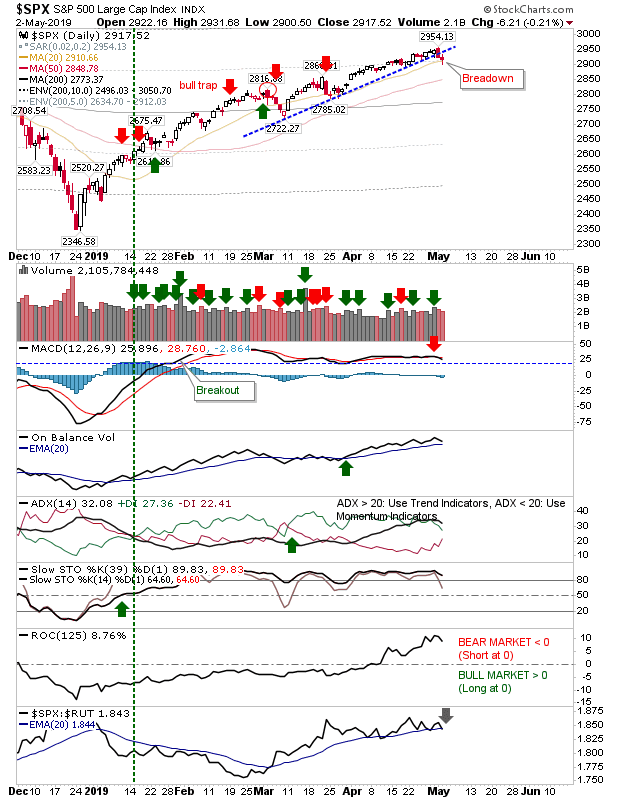 The Nasdaq had similarly broken from its bearish rising wedge with a MACD trigger 'sell' to go alongside the underperformance shift against the S&P.  This is another index on the wane. 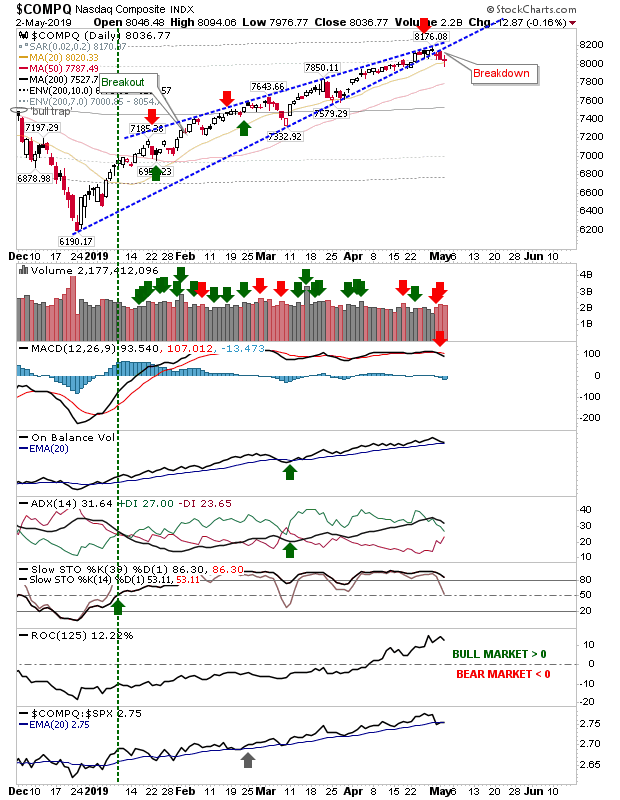 The Russell 2000 had the best of the action with a solid bullish hammer on converged 20-day, 50-day and 200-day MAs. This looks like a bullish setup for a larger leg higher. With Large Caps and Tech Indices extended, this index is primed for gains. 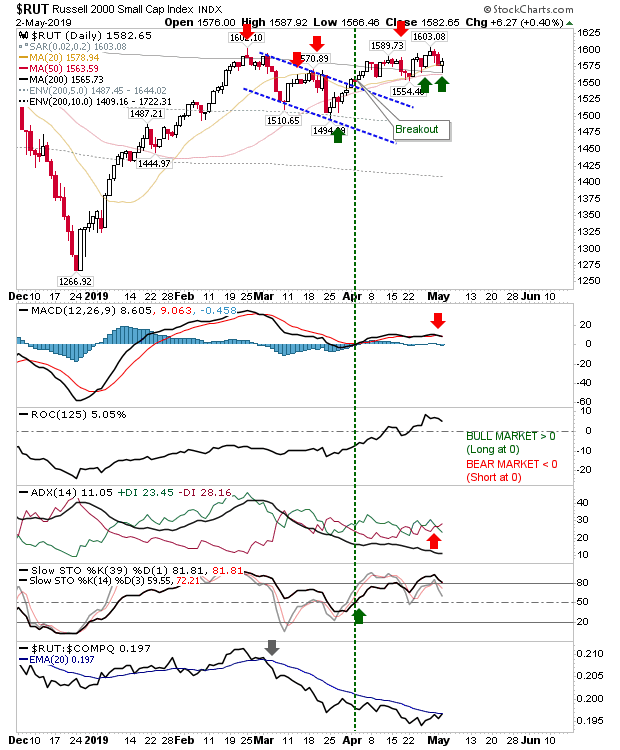 It's looking like it's all up to the Russell 2000 to regain its leadership role and bring the other markets higher.

--- Accepting KIVA gift certificates to help support the work on this blog. All certificates gifted are converted into loans for those who need the help more.