April 01, 2019
The S&P rally from December lows had consolidated through February but today's gain put an end to that consolidation. The breakout came with a 'buy' trigger in On-Balance-Volume. Relative performance against Small Caps took a tick higher; a mixed signal, rally is defensive until proven otherwise. 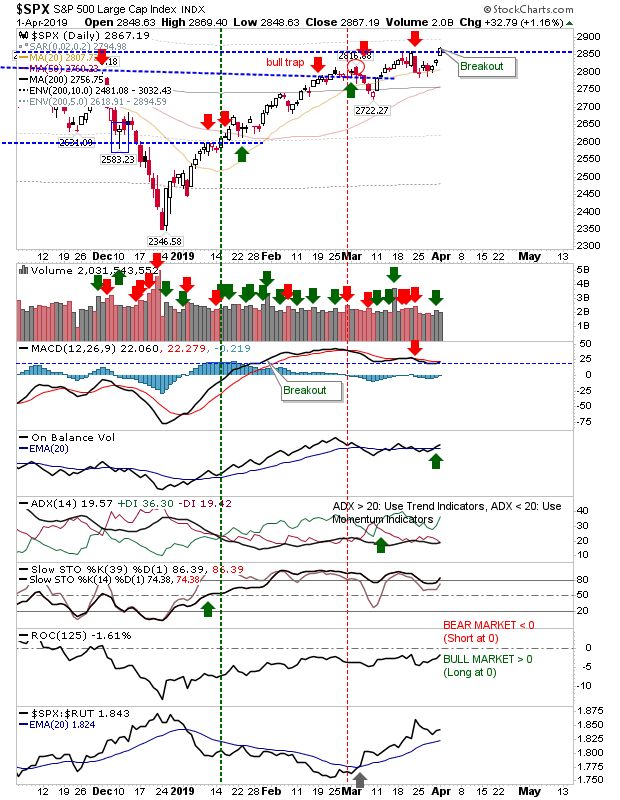 The Nasdaq was caught in a little middle ground with a rally which just fell short of a new high. The MACD trigger 'sell' is still in effect but is a day's gain from reversing. The index still outperforms the S&P but is hugging close to the line. 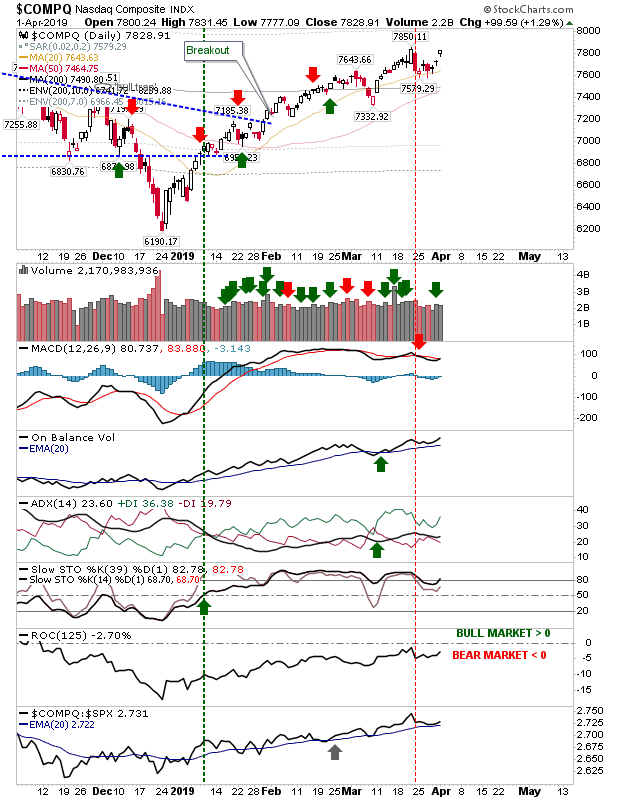 While the S&P is leading, the Russell 2000 has managed to break from its consolidation. Be ready for a MACD trigger 'buy' above the bullish zero line.  Not surprisingly, relative performance has been in the dumpster but this breakout may be the required kickstarter for a broader market rally. 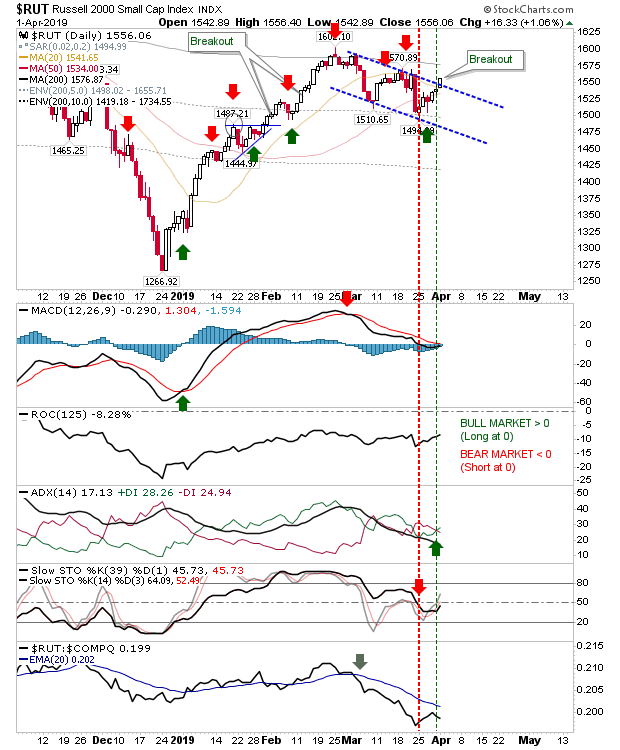 I like what I saw today. The question is whether indices can build on this. The Russell 2000 will have short positions to negate but these look done for the S&P and Nasdaq; new shorts may try to attack a possible double top off today's close but technicals don't really support this.

--- Accepting KIVA gift certificates to help support the work on this blog. All certificates gifted are converted into loans for those who need the help more.
Follow Me on Twitter

Investments are held in a pension fund on a buy-and-hold strategy.
.