March 31, 2019
Friday offered Large Caps a little boost which helped generate a breakout in the Dow Jones Index. Small Caps were not as lucky as the 20-day MA turned into resistance. The Nasdaq bounced off its 20-day MA in what looks to be favoring the bullish picture.

Large Caps, led by the Dow Jones Index, broke from the consolidation pattern. Volume rose in accumulation and the MACD is on the verge of a new 'buy' trigger above the bullish zero line. 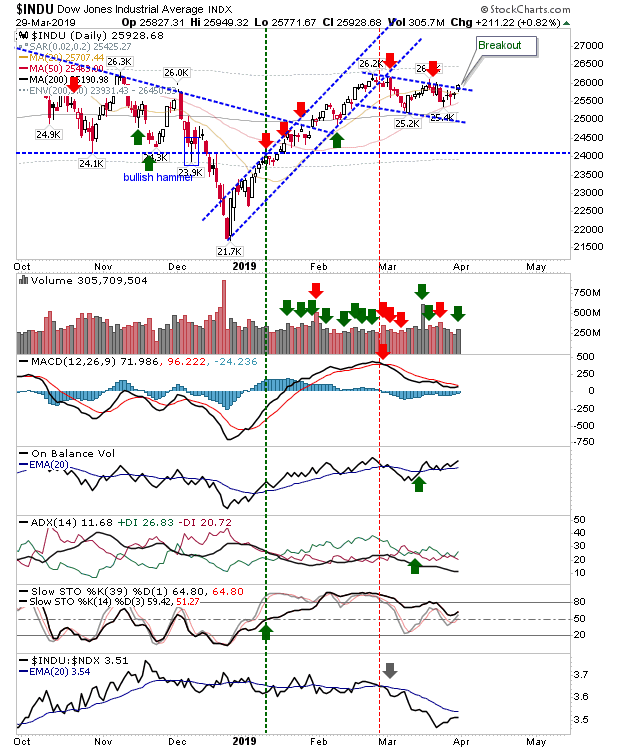 While there isn't the same pattern in the S&P as for the Dow Jones, there was a gap higher which leaves it set up for a challenge of all-time highs at 2,860 with the MACD also ready to trigger a new 'buy' trigger. 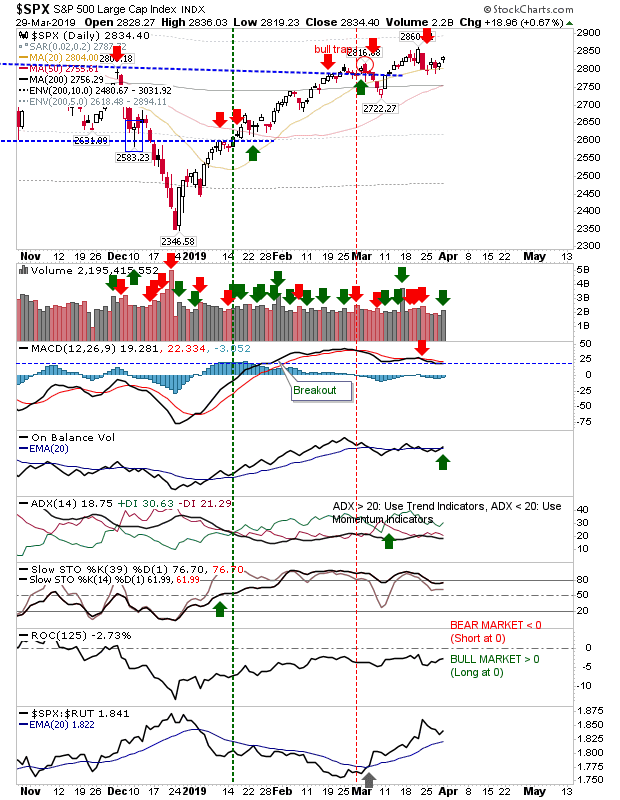 The Nasdaq is holding its 20-day MA, also on higher volume accumulation. Next challenge is 7,850 with 20-day, 50-day and 200-day MA available for support. 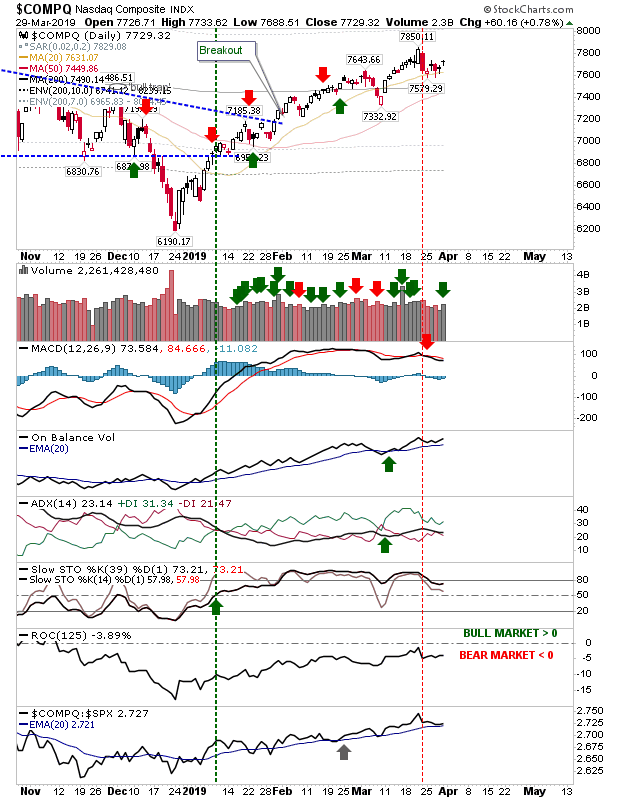 The Russell 2000 is next up to feel the pressure. I have drawn a new mini-down channel which - in combination with the 20-day MA - is playing as resistance. Unlike peer indices, technicals for the Russell 2000 are bearish. 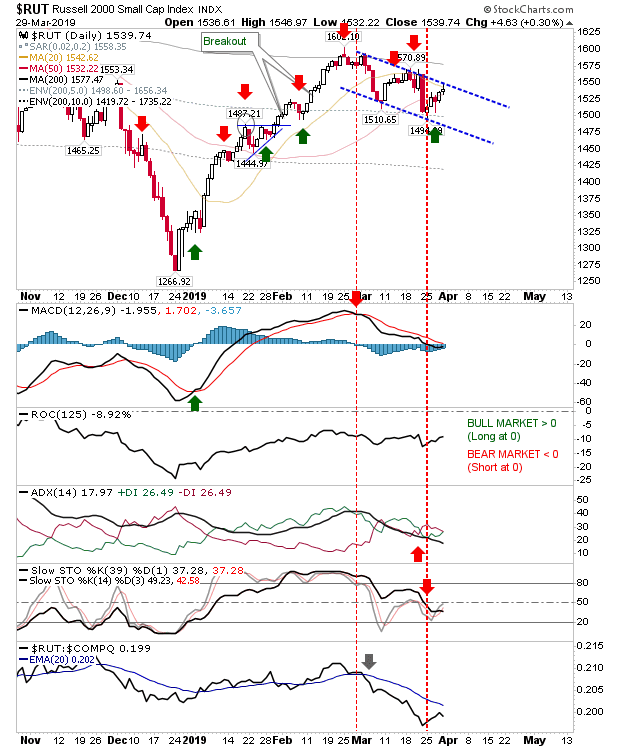 Large Caps look set for further advances which may be enough to bring Small Caps with them. This may be enough to align all lead indices on a bullish course - ending the March short plays in the indices.