February 19, 2019
Indices continued to post small gains which left the S&P nestled against resistance. I have marked the S&P as a possible short at such resistance as volume was lighter than usual. 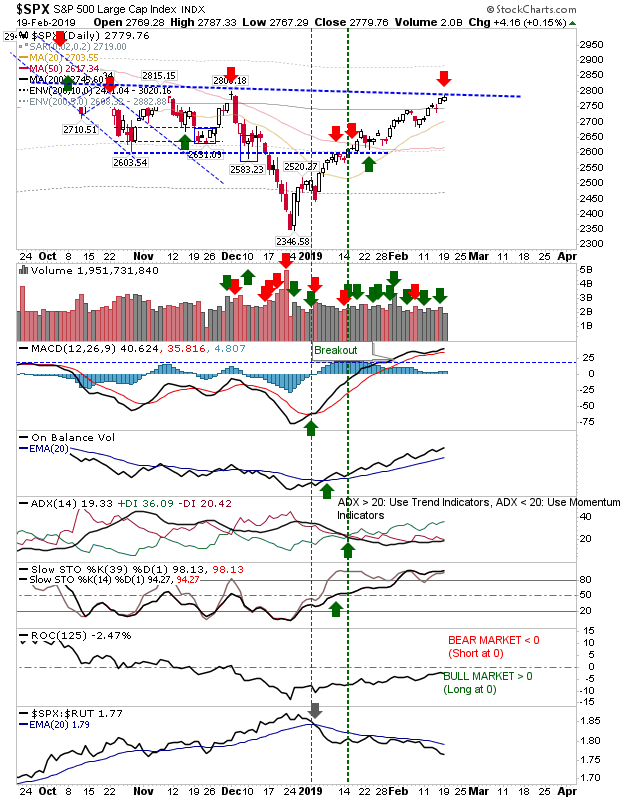 While the S&P parked itself at resistance, the Nasdaq started to edge past its 200-day MA, while gains were small, were probably enough to scare shorts into covering or at least hold of on attacking their 200-day MAs. Technicals remain bullish but relative performance is slowly going against it. 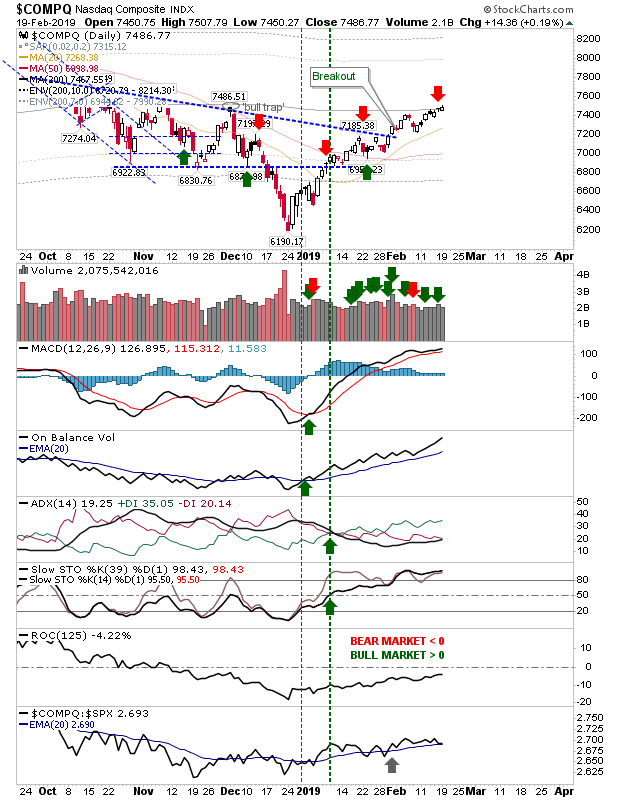 The Russell 2000 remains on course to test its 200-day MA as it makes its way to its next logical resistance. 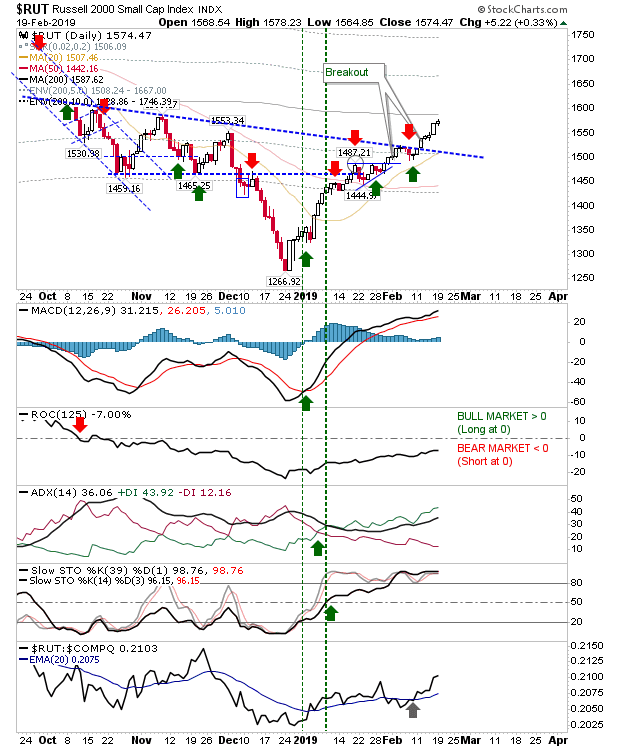 The Nasdaq 100 is still pinned by resistance of its 200-day MA. There has been an acceleration in the weakness relative to Small Caps but I would still view Semiconductors as the dominant influence and expect further gains. 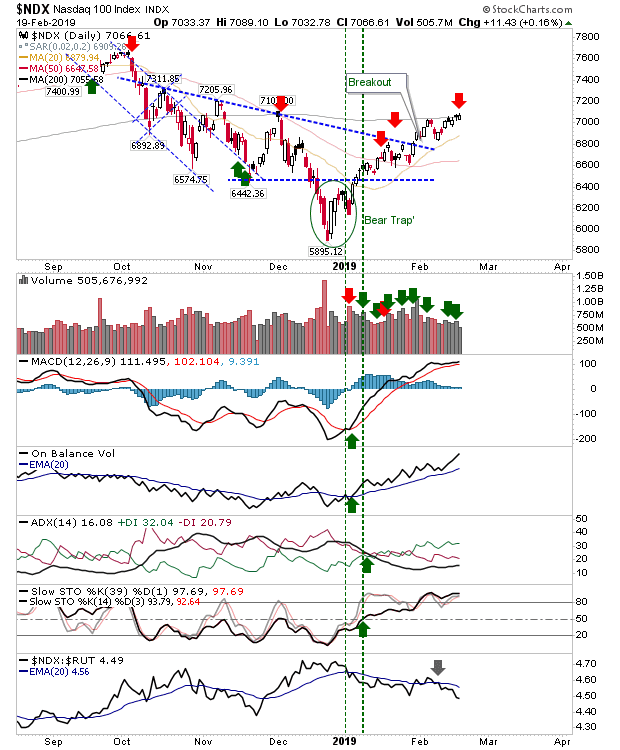 While it's still early, the S&P is coming up against weekly RSI resistance. If this is a bear rally then watch for a reversal soon (probably next week if it comes true). 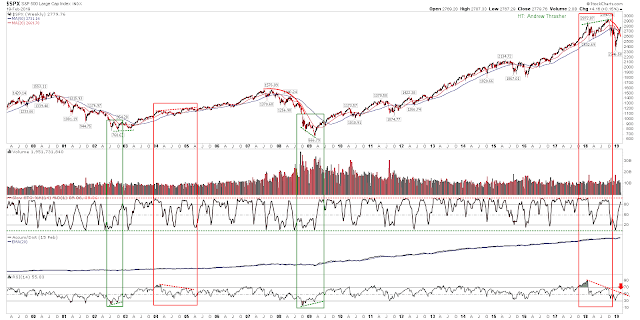 For tomorrow, 200-day MA resistance is the watchword with indices undergoing tests of this key long term average.