February 21, 2019
It's all getting very constricted and narrow at resistance but bears haven't been able to break this extended rally. While I have marked nascent potential short positions at such resistance they remain vulnerable to any decent one-day's gain. Ideally, I would like to see indices drift back to their 50-day MAs but nobody seems willing to blink. 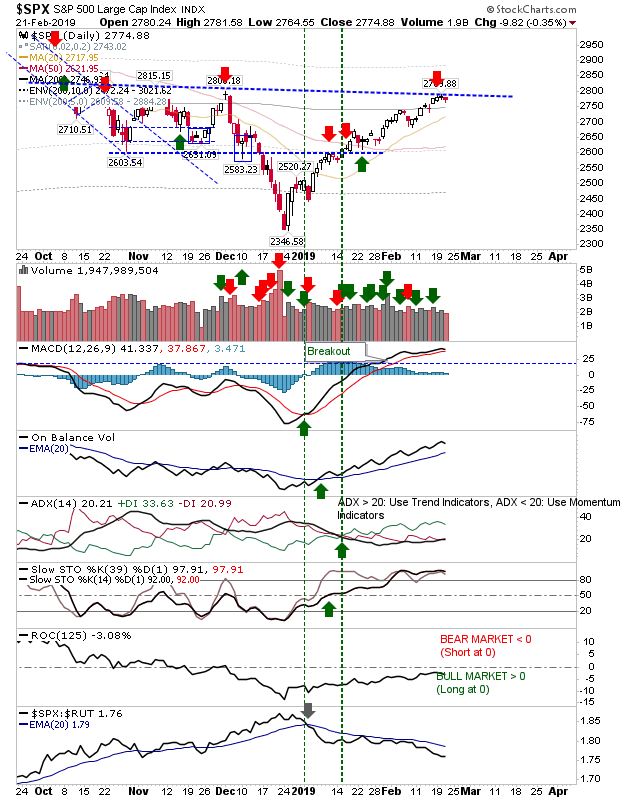 The Nasdaq is hugging its 200-day MA but it's struggling to break through this moving average despite strength in the Semiconductor Index. One point of concern is the loss in relative strength versus the S&P 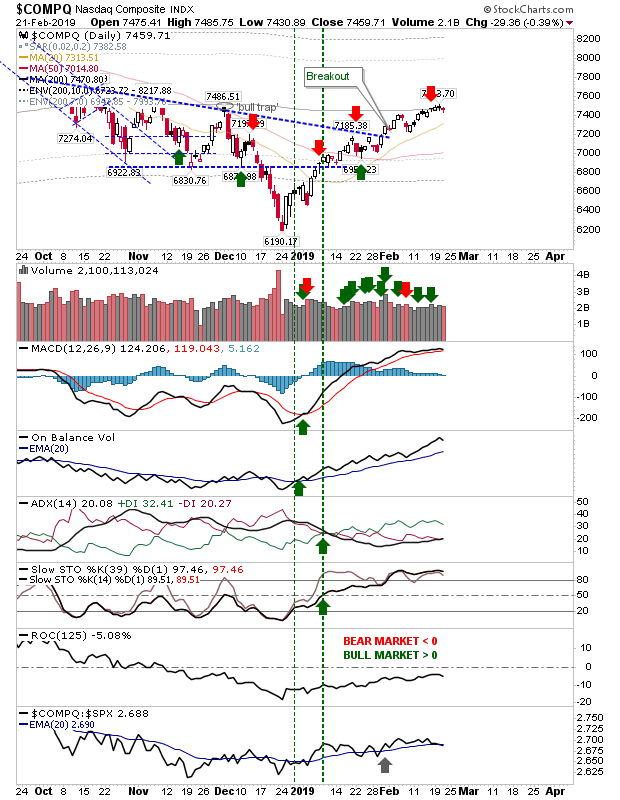 The Semiconductor Index is running along channel resistance. It's one of the few indices to have cleared October-February price congestion with ease, but it hasn't yet been able to bring other indices with it.  Today's bearish 'cloud cover' suggests further weakness ahead and a possible move back to channel support. 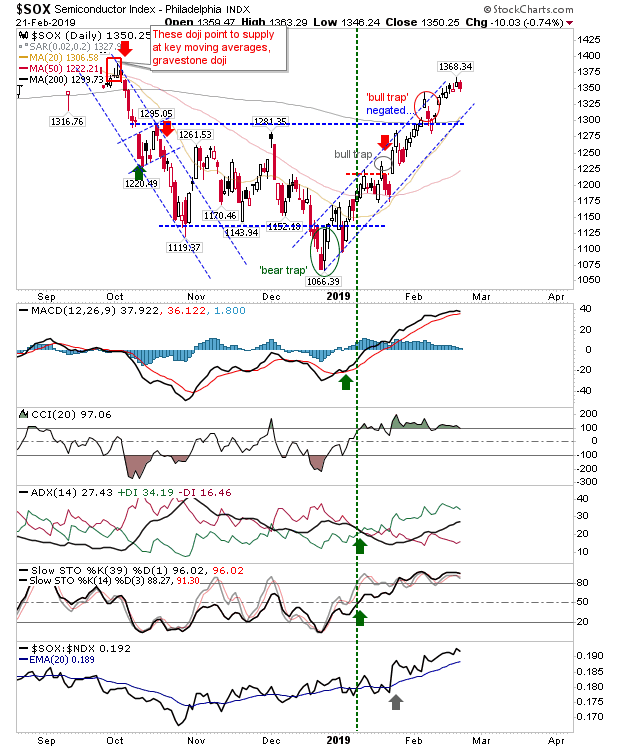 Finally, the Russell 2000 is lingering around its 200-day MA but hasn't fully flashed a reversal pattern at this key moving average. It does enjoy a relative performance advantage over the Nasdaq, which suggests it remains favored as a target for money flow and therefore stands the best chance of breaking through. 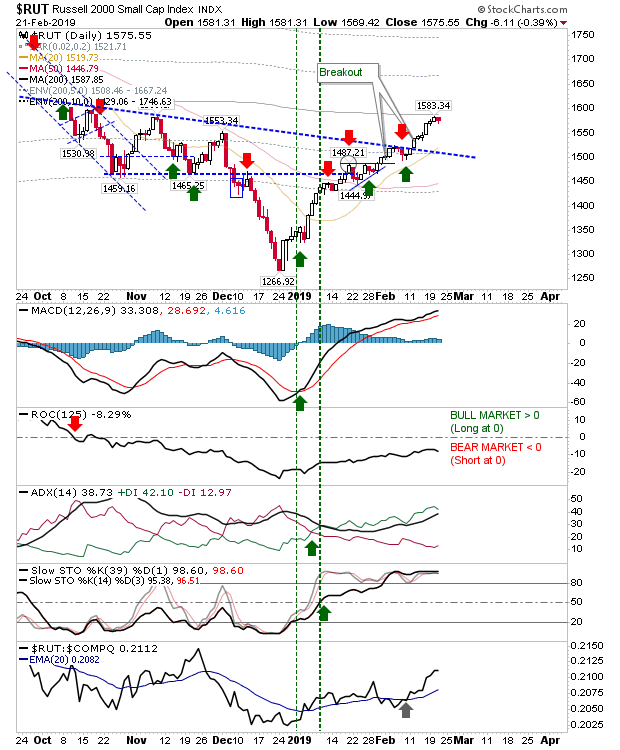 It appears everyone is expecting a sell-off after such an extended gain, but nobody seems willing to initiate it. At the same time, nobody wants to buy at these levels, so markets limp along higher