Tech Reverses Off Resistance; Bull Traps for Semiconductors and Russell 2000

January 22, 2019
After two short plays were cut from under Large Cap traders it's now the turn of Small Caps and Tech indices to take a second bite of the cherry. In the case of Tech indices, there is resistance to work with too.

The Russell 2000 finished the day with a 'bull trap', reversing Friday's breakout. This is a fresh shorting opportunity with a stop above 1,487. Technicals are bullish so there is no suggestive weakness which may guide to further downside so keep stops tight.  The last stop was whipped out so without clear resistance there is a chance this could follow with another whipsaw signal. 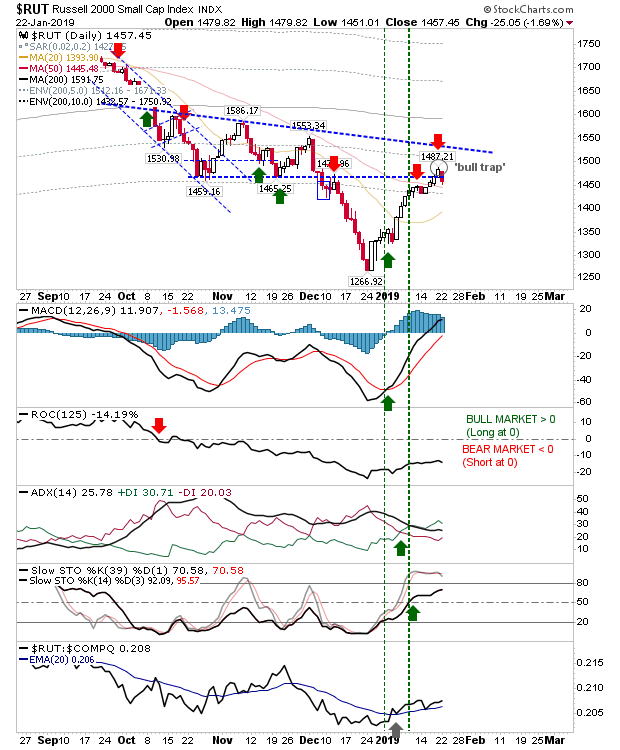 The Semiconductor Index also reversed Friday's breakout with a 'bull trap'. There is early technical weakness (in the CCI) which supports the likelihood for further downside. This a second short opportunity in quick succession so run stops near 1,236 as the next shorting opportunity is unlikely to present itself until the 200-day MA is tested. 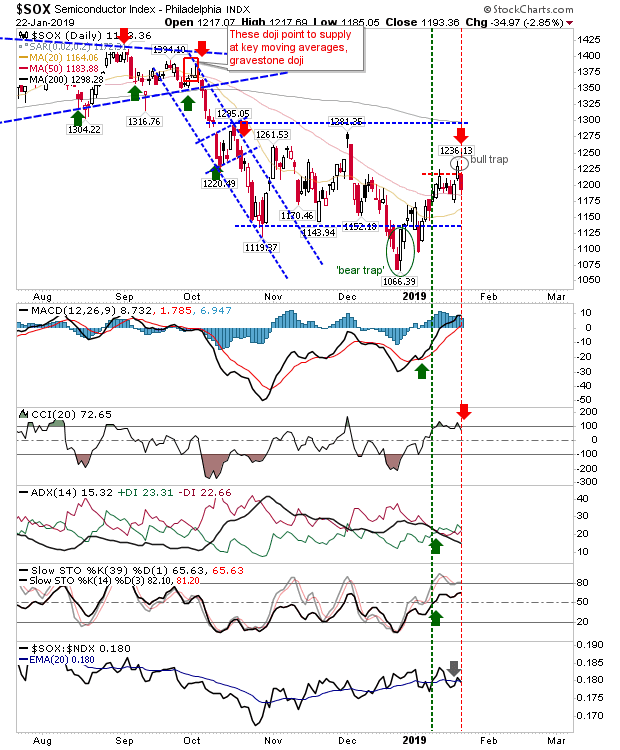 Weakness in Semiconductors was represented by resistance reversals in the Nasdaq and Nasdaq 100. Both indices are showing relative underperformance against Large and Small Caps which favors further downside. 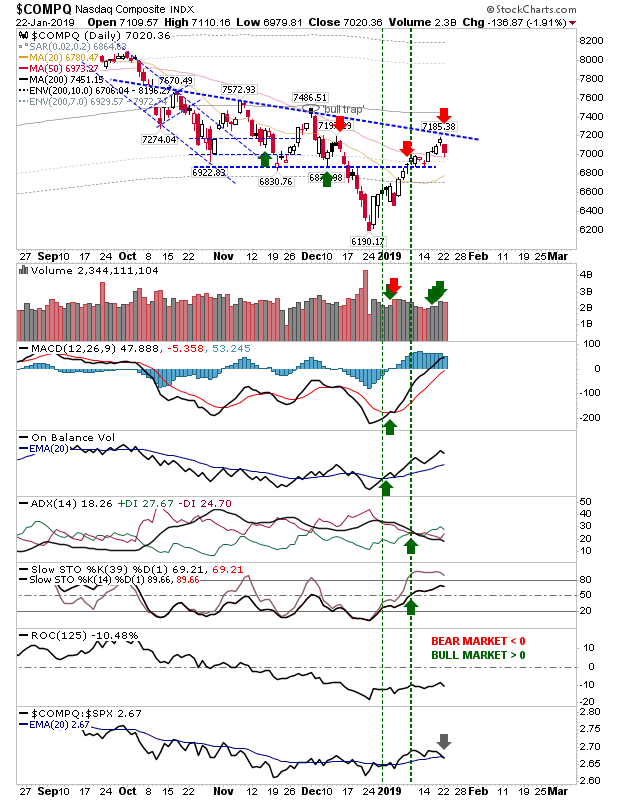 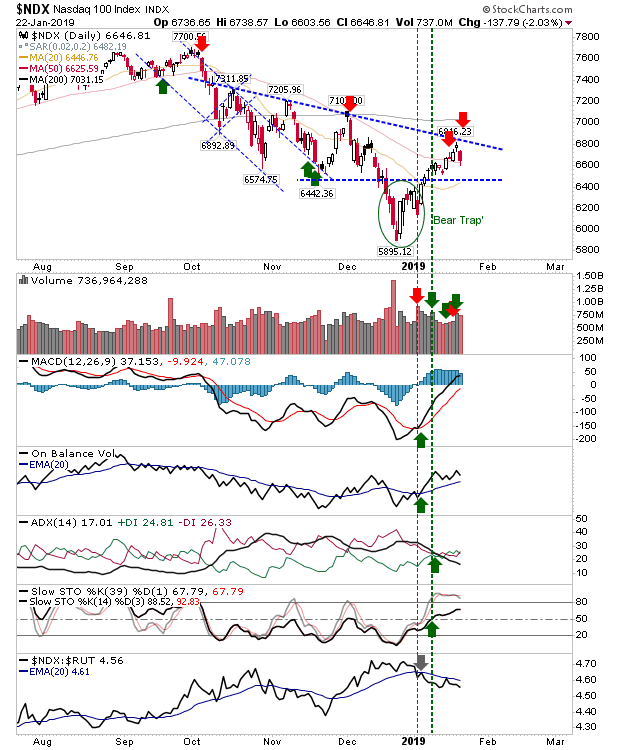 Large Caps are caught in the middle. Despite today's loss the 50-day MA remained support and if bulls are looking for an opportunity this is the best play - particularly if indices are able to rally after the first half-hour of trading. 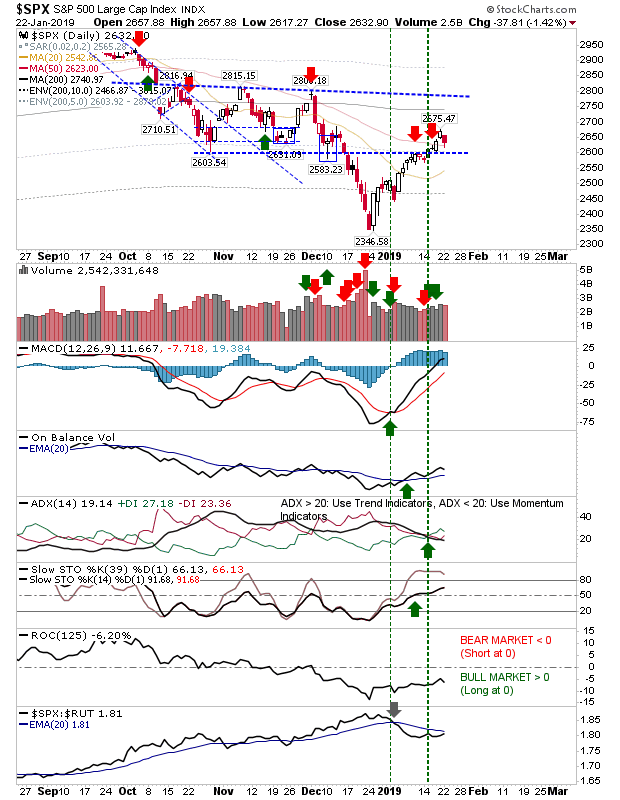 For tomorrow, shorts can look to the Semiconductor Index, Russell 2000, Nasdaq and Nasdaq 100. Longs have the S&P and Dow Jones, although further downside is looking the most likely outcome for tomorrow.

Investments are held in a pension fund on a buy-and-hold strategy.
.