Once again, looks like Shorts will be whipsawed... again.

January 24, 2019
Today wasn't the day but every time we get a possible sell/short signal, buyers come in to halt the sell-off.  Tomorrow (or Monday) could be the day markets rally to new swing highs (and hit existing short stops) but action over the last couple of days looked more bullish than anything else.

The Russell 2000 was able to dig in at its 50-day MA, with the 20-day MA fast approaching to lend support. Technicals are net bullish but it's price action which looks like it will deliver. However, relative performance is ahead of its peers but it's not strengthening in a manner to suggest it will lead.  Also, its trading just below resistance.. So, look for gain, but if there is an undercut of Thursday's open it could get ugly quick. 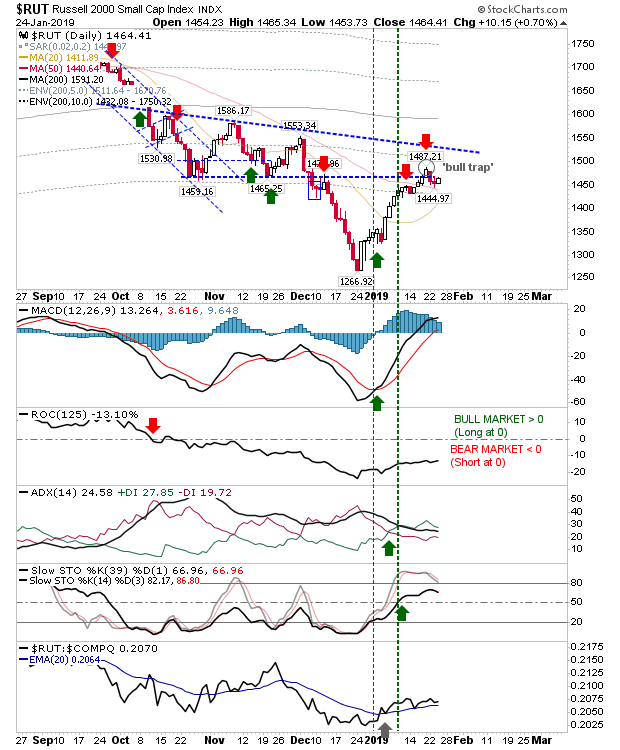 The S&P finished with a nice inside day, which itself is a swing trade opportunity (trade break of today's high/low with a stop on the flip side of the range). The 50-day MA is there for support and volume even edged a little higher to mark itself as accumulation. The only vulnerability is relative performance, which is a little lagging to its peers. 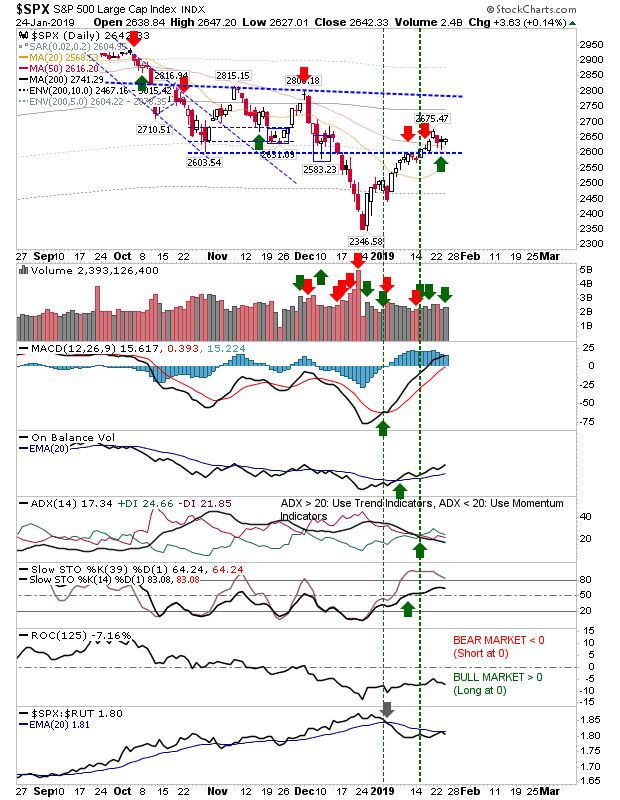 The Nasdaq is also above its 50-day MA and is trading closest to declining resistance. The index is enjoying a slow bullish turn in relative performance which makes it a sleeper play. If this index breaks declining resistance it could be a nice runner. 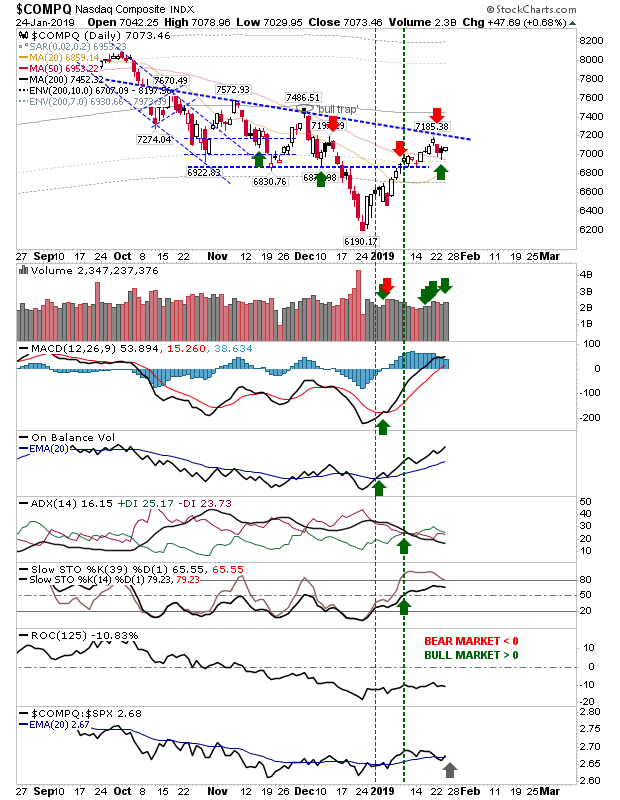 Supporting the Nasdaq is the strong move in the Semiconductor Index. Today's gain negated both the 'bull trap' and the short trade.  There was a big uptick in relative performance too. 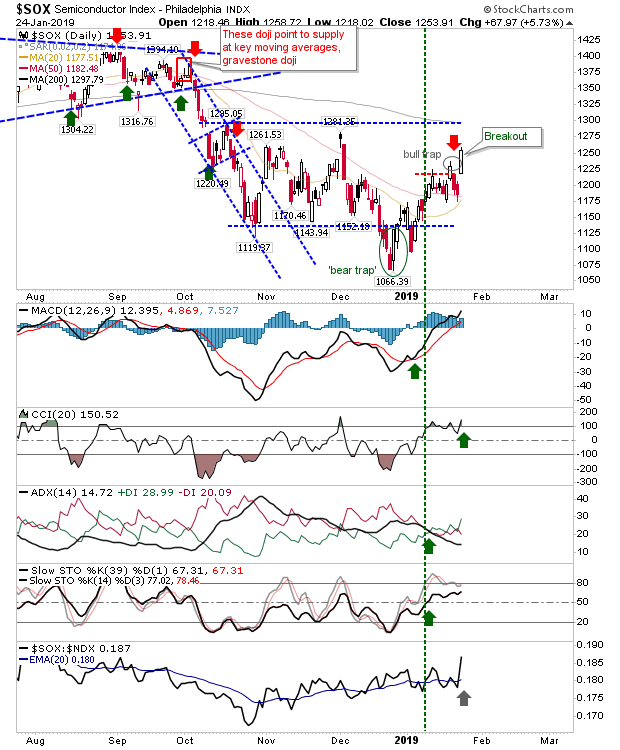 For tomorrow, buyers can look for some upside follow through with Tech indices potentially offering the best risk:reward. Those who may be short can probably look to cover assuming no gap down in the morning.