January 27, 2019
There wasn't a whole lot to Friday except that any shorts will have been squeezed by the morning gap. Luckily for them, there wasn't any follow through but there was higher volume accumulation; suggesting there are more bulls than bears - even after a +10% gain from lows.  Should markets undercut the nascent swing low from last Wednesday then there is still a good chance buyers will step in to defend the December low.

The S&P didn't do a whole lot outside of the morning gap but neither was there any real change in supporting technicals. Assume bulls have control unless there is a close below 2,600. 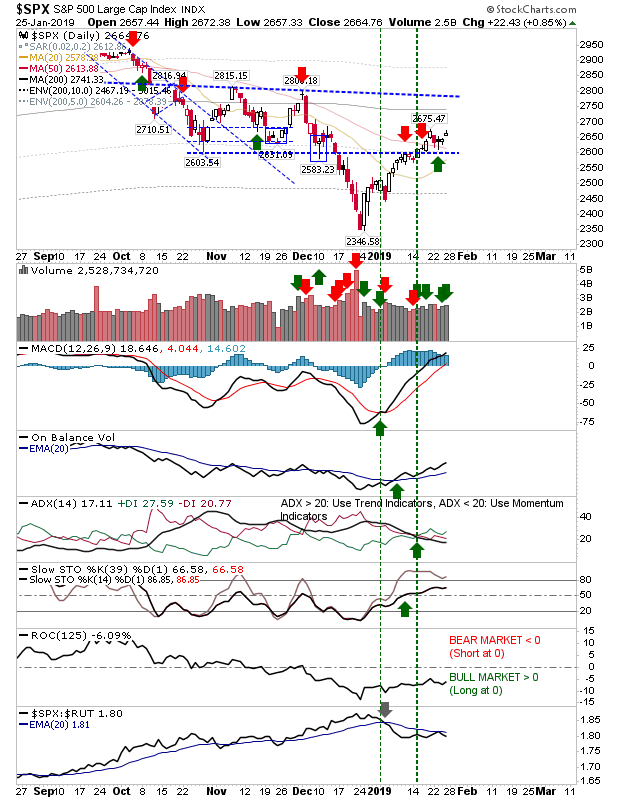 The Nasdaq finished Friday with a 1%+ gain but didn't break through declining resistance. Technicals are all in the green. Be ready for resistance break on Monday - it's looking like the most likely outcome here. 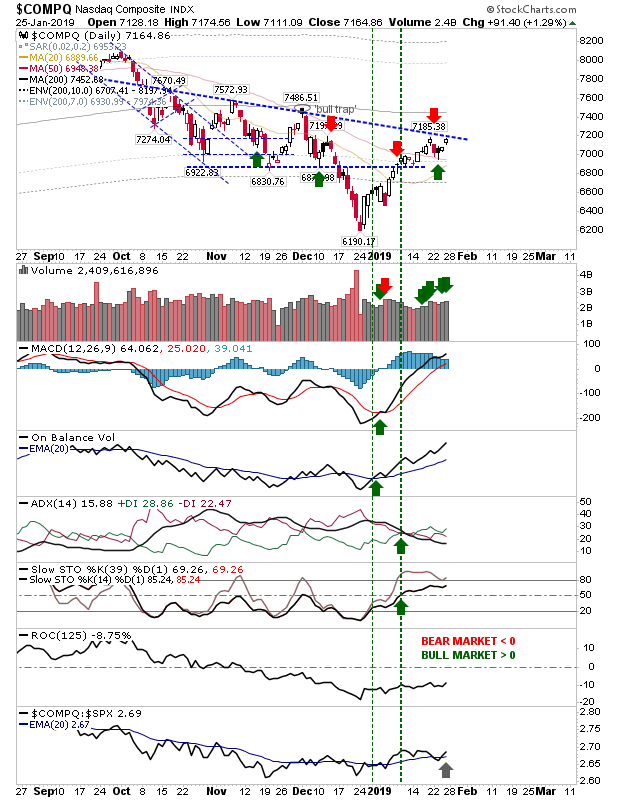 The Russell 2000 is challenging the 'bull trap' from last week. The index is likely to challenge the 200-day MA last week but there are still substantial resistance levels to overcome before the index gets there - chief of which is declining resistance. 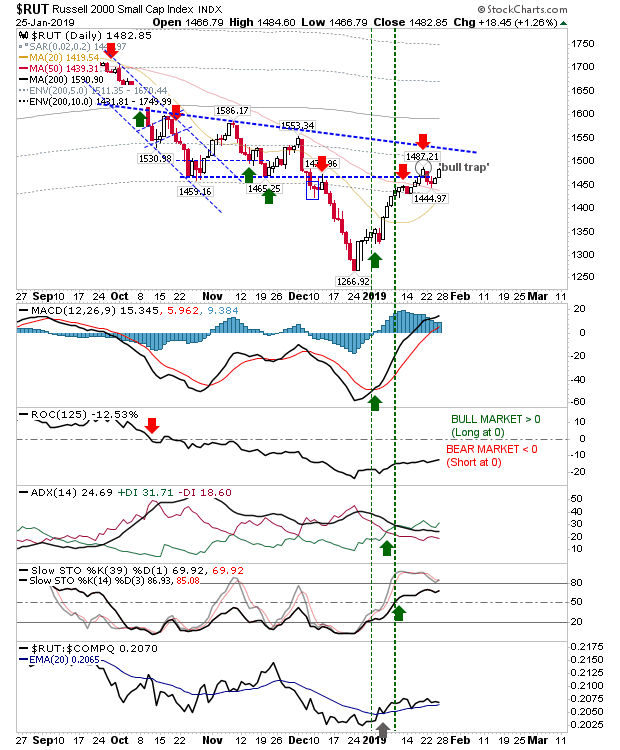 The Dow Jones finished at declining resistance and 200-day MA. If there is a going to be a short attack (after two failed ones), then Monday could be their last chance saloon. 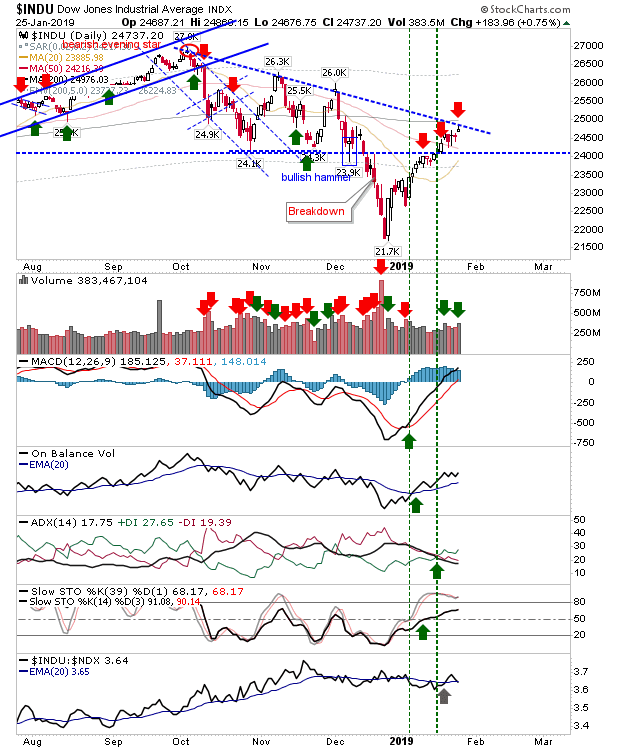 The Nasdaq 100 is another index at resistance, having enjoyed higher volume accumulation,  Technicals are net positive but the index is still underperforming relative to the Russell 2000. 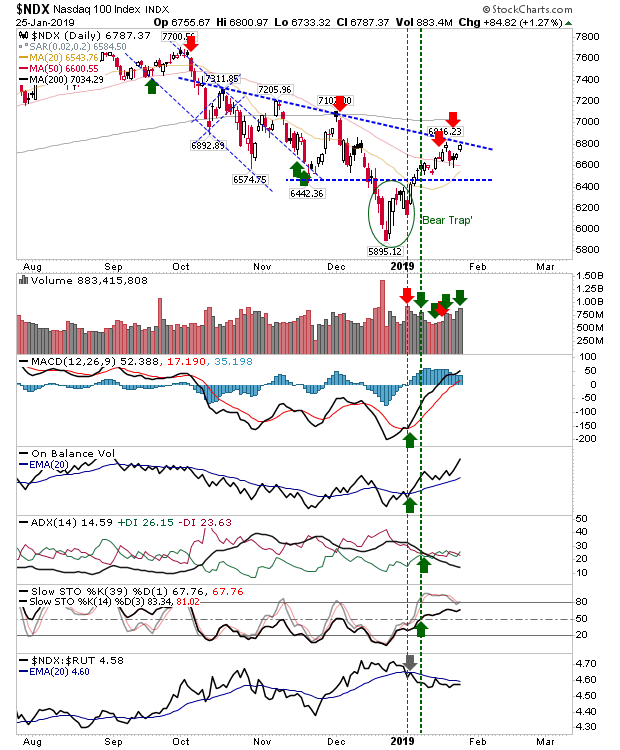 Best of Friday's action was reserved for the Semiconductor Index; it managed a 2%+ gain as it made its way towards a convergence of its declining existence and 200-day MA. Last week's 'bull trap' is no more, but a big test is coming which could define what may happen for other indices. 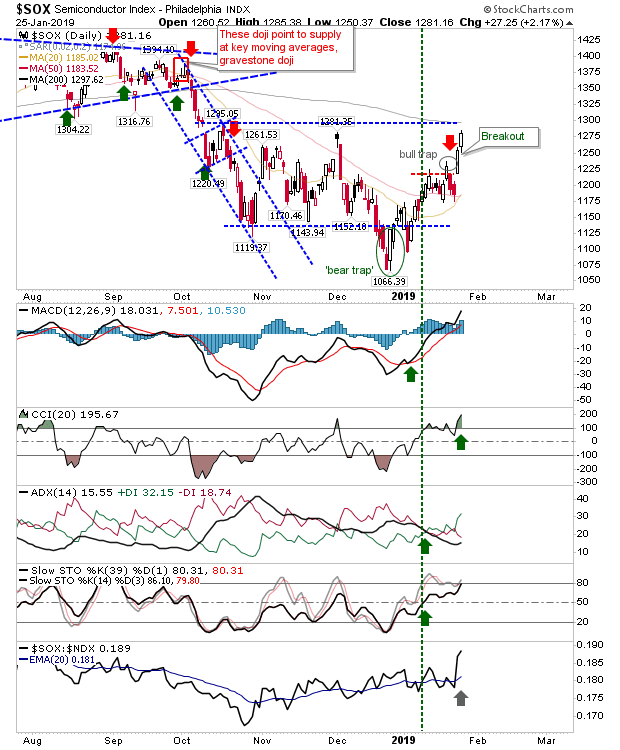 Of breadth indices, the relative relationship between Dow Transports and Dow Industrials made a picture perfect reversal off resistance. The next major support level is down at 0.20s which is not good news if you are an economy bull - there is still a long way to fall. 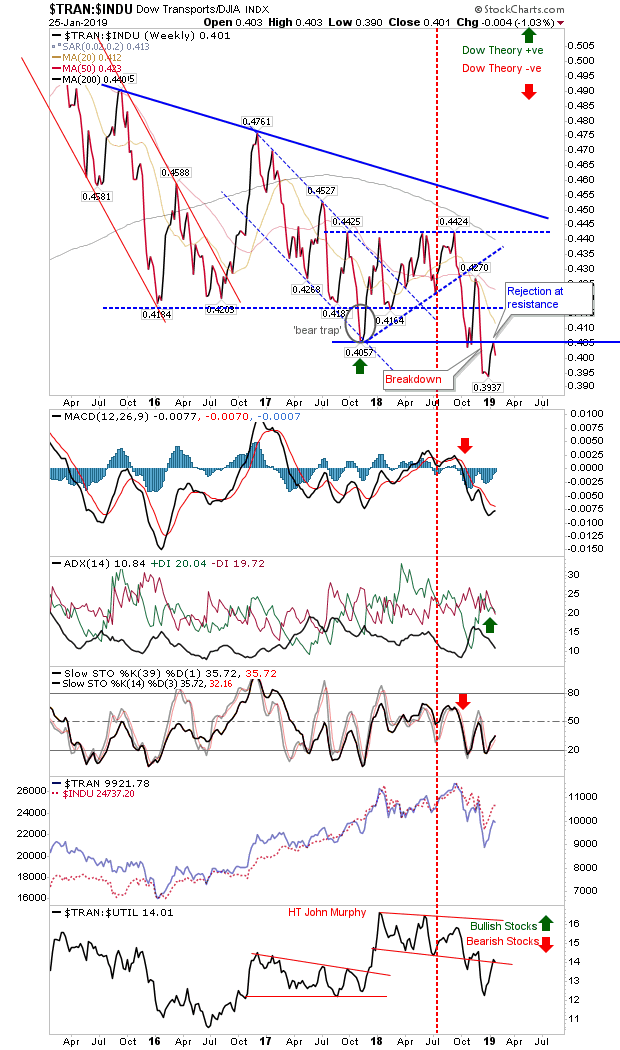 Other breadth metrics have made varying degrees of recovery but are a long way from overbought - this is good news if you bought the lows and are looking for more upside; the current gain may be tiring, but the overall rally has room to run - be prepared to buy the next decline. 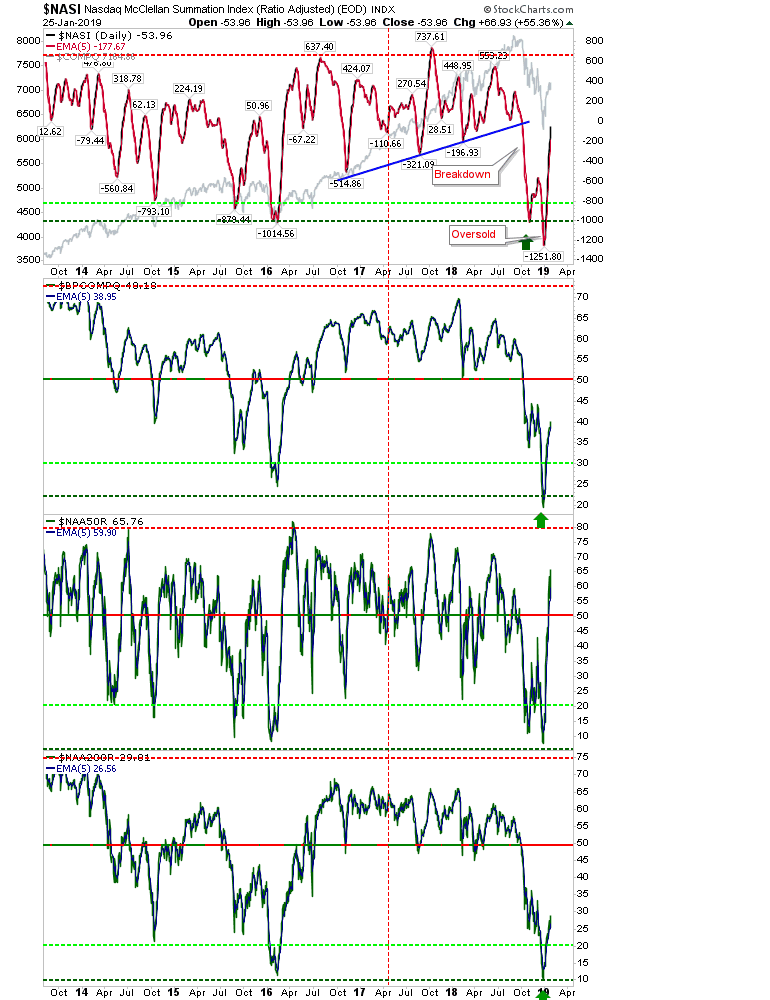 For Monday, shorts will need declining resistance to act as resistance after two failed attempts to stall the rally.  Bulls will want some confirmation that a major swing low is in place, although it would be prudent to wait and see how the next decline plays out rather than try and buy a breakout.