September 10, 2018
Bulls stuck around for another day as triangle support held in the Semiconductor Index along with the Nasdaq.

The Semiconductor Index returned above the 20-day MA but it came with MACD trigger 'sell'. Relative strength vs Tech Indices flatlined from July but is attempting a turn higher, albeit quite erratically. 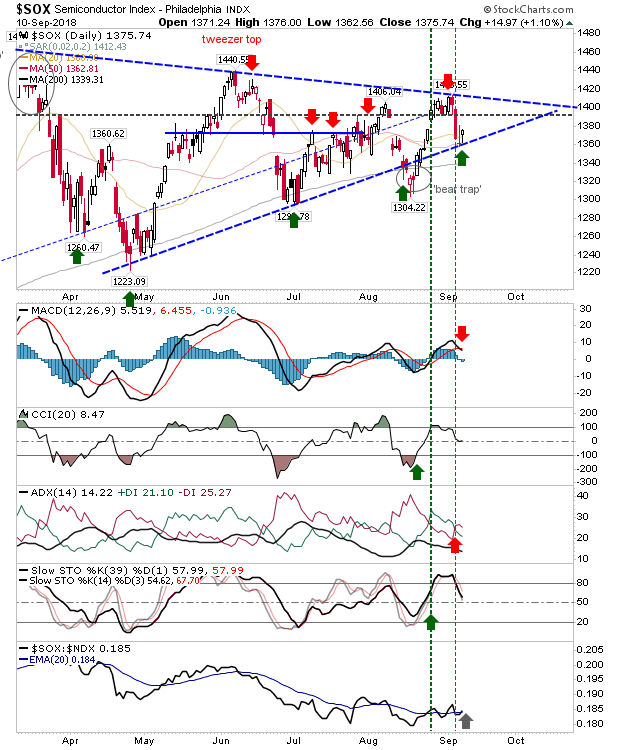 Nasdaq channel support held for another day. A tight intraday range offered a new opportunity for bulls who missed their chance on Friday. Stops go on a loss of 7,870; the target is the upper channel. Technicals are still bearish so pure technical traders will need more to be convinced. 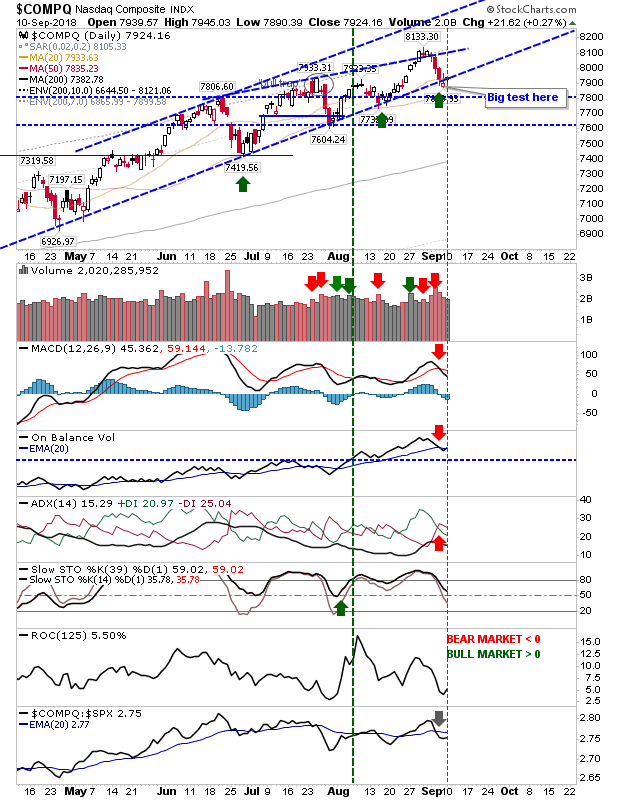 The S&P continued its own test of channel support. Unlike the aforementioned Tech indices there was a bearish 'black candlestick'; should this follow through watch for a morning 'bull trap' in the first half-hour before sellers return to control the rest of the day.  Technicals are mixed, bearish signals in the MACD and On-Balance-Volume but bullish states in +DI/-DI and slow stochastics. 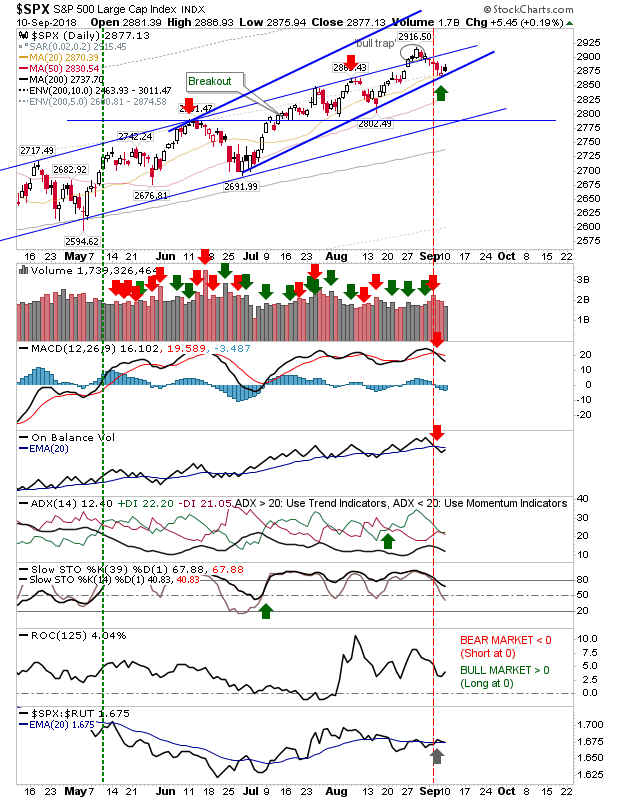 The Russell 2000 struggled to hold early gains but 1,705 support remained intact. As with other indices it has a MACD trigger 'sell' to contend with. As with the S&P, morning trading action will be key. 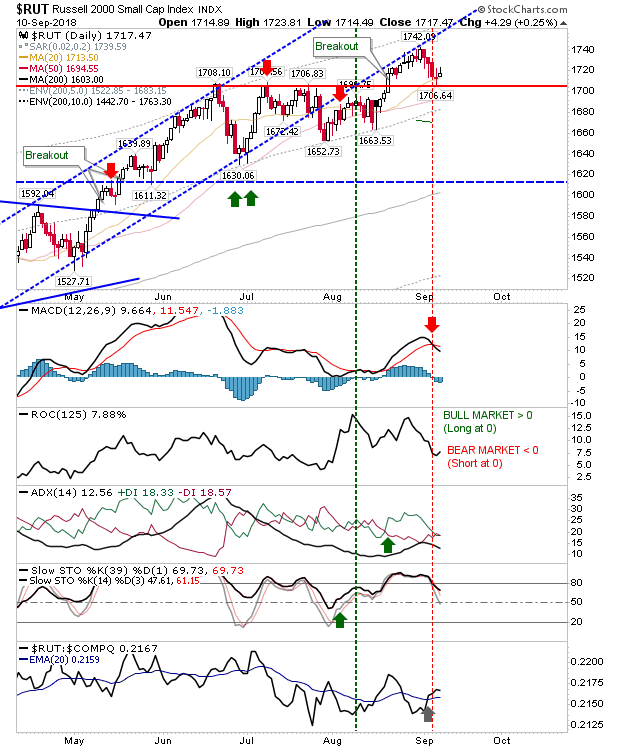 Today's action was the second opportunity to enter long trades in the aforementioned indices. How indices react in the morning will largely determine if those trades last the day. A big gap down would be worrisome. Should this occur a rally back to former channel support would offer an exit opportunity for longs and a possible new shorting play.