September 13, 2018
Thursday offered a bright start for markets but the Russell 2000 struggled to enjoy the fruits and by market close things were looking a little more somber. Best of the action belonged to Large Caps but it was Tech indices which started the day brightest.

The Semiconductor Index gapped higher and returned inside the consolidation triangle. Had it closed near the day's highs it would have ranked as a bullish 'morning star' candlestick pattern but instead it registers as a 'bear trap'. However, this wasn't enough to stop a net turn in technicals in favour of bears. A loss tomorrow would put the 'bear trap' under threat 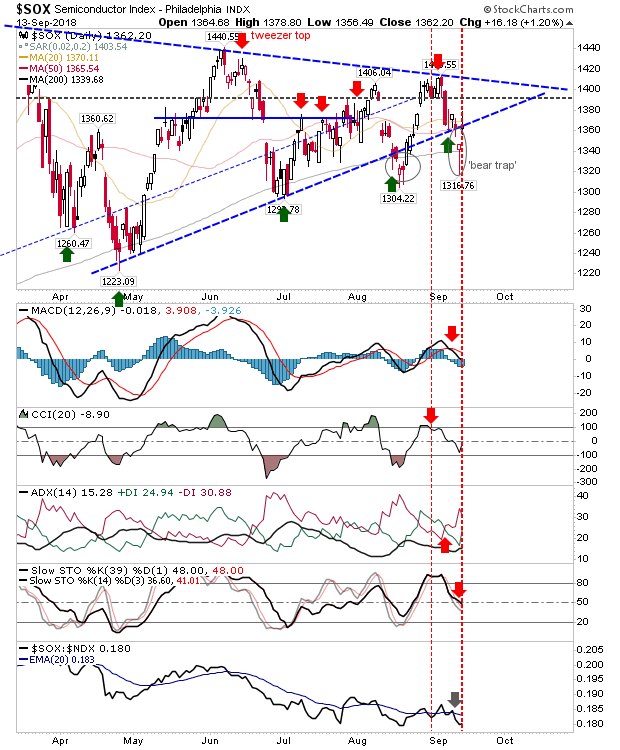 The Nasdaq and Nasdaq 100 didn't do much beyond the morning gap but it did take indices away from support. However, given how much the Semiconductor index lost during the day there is a threat which could spill over to Tech Indices and these gaps could quickly close and sellers again pressure channel support. 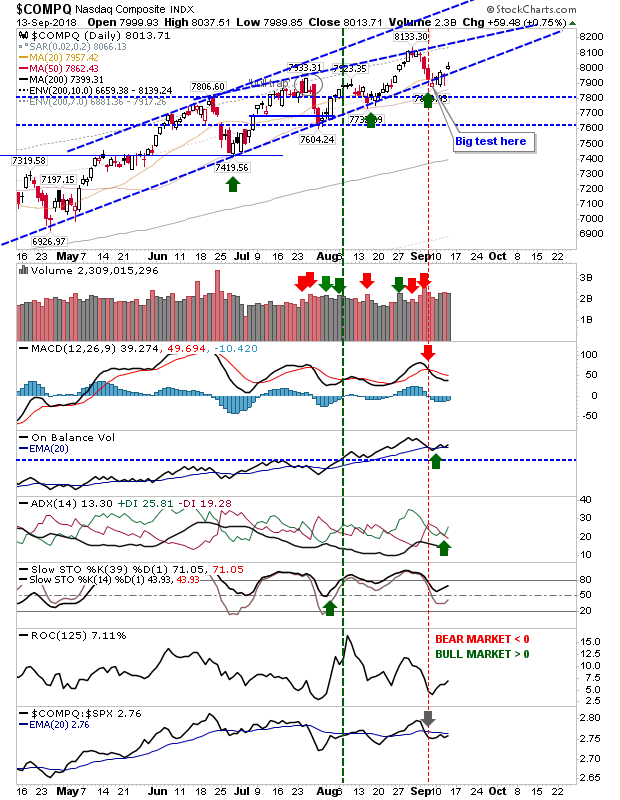 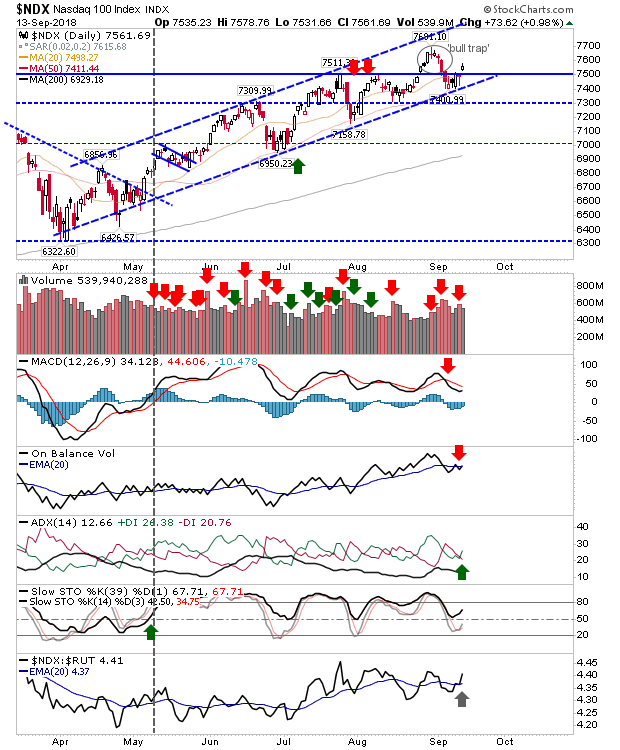 Large Caps rallied alongside Tech indices but volume did manage to rise in accumulation, maintaining the bullish trend in On-Balance-Volume.  Both indices are near all-time highs which one more day of gains will probably be enough to achieve. 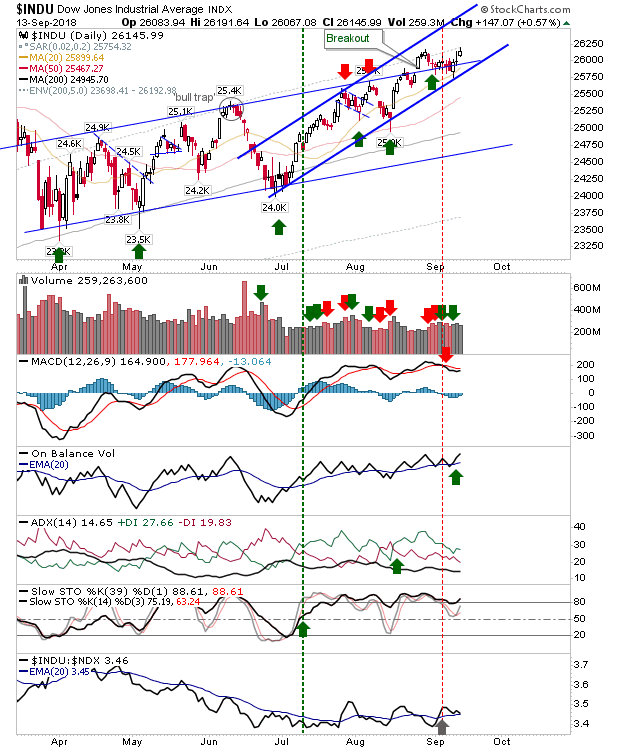 The index which is struggling is the Russell 2000. Small Caps is a key leader in a secular rally, and this rally has been going 9 years, but there are signs - for Small Caps at least - that this may be changing. The Russell 2000 spent a fifth day posting a neutral doji as it failed to attract any meaningful buyers but so far has resisted sellers.  Technicals are mixed but relative performance has shifted back towards bears. Nobody knows what will happen tomorrow, next week, next month or next year but if I was to have a hunch I would look for sellers to take this lower before new all-time highs are delivered. 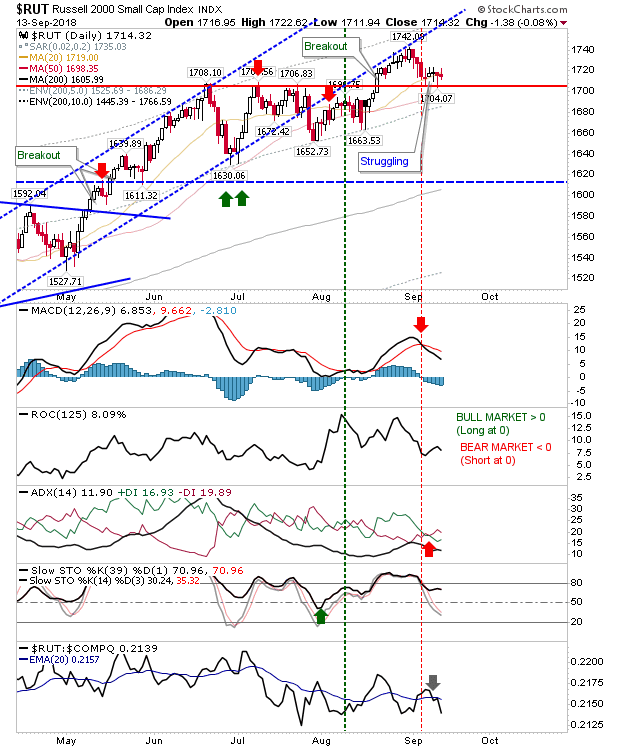 For tomorrow, bulls have a slight edge for Tech and Large Caps but it will likely be Small Caps which will do the leading lower.

Dr. Declan Fallon is a blogger who trades for education on eToro and can be copied for free. Investments are held in a pension fund as buy-and-hold.