Dow Does All The Leg Work; Indices Recover Breakdowns

September 20, 2018
Solid gains across the board but it was holders of Dow Jones stocks which had the best of the action, continuing a sequence of gains triggered earlier this week.  The Dow Jones Industrial Average will soon be dealing with channel resistance but not until Friday if not early next week. Technials are good. The benefit of this strength was seen elsewhere too 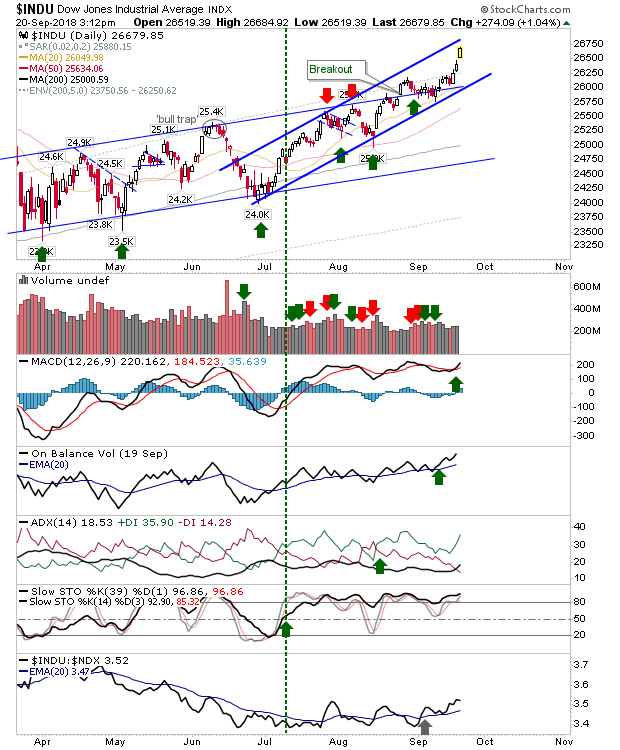 The Russell 2000 looks to have done enough for a new 'buy' signal. Yesterday's decline didn't undercut the 50-day MA and today's advance looks ready to take it up towards newly drawn channel resistance. Risk for this trade would be measured on a loss of 1,700 so you would be looking for an ideal target of 1,780 but channel resistance looks the logical profit take point. 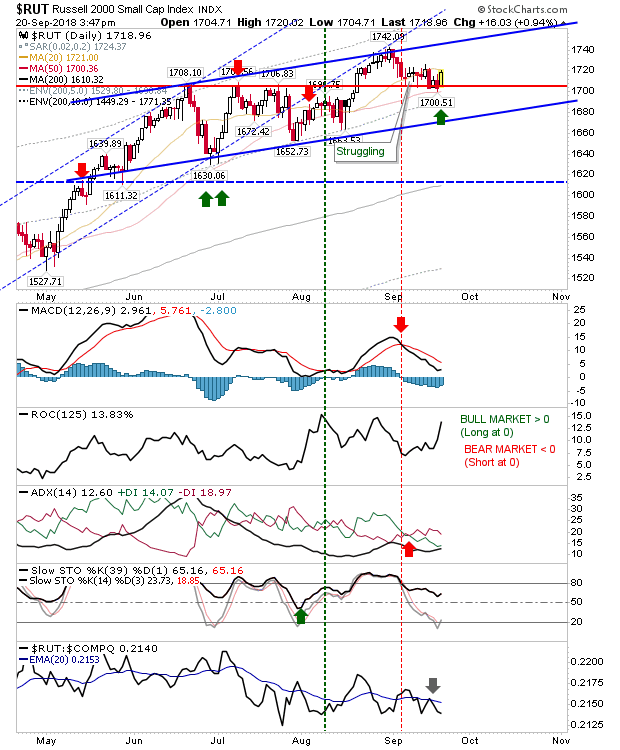 While the Dow Jones index is doing the leg work, the S&P did enough to negate the 'bull trap' and bring upper channel back into play. 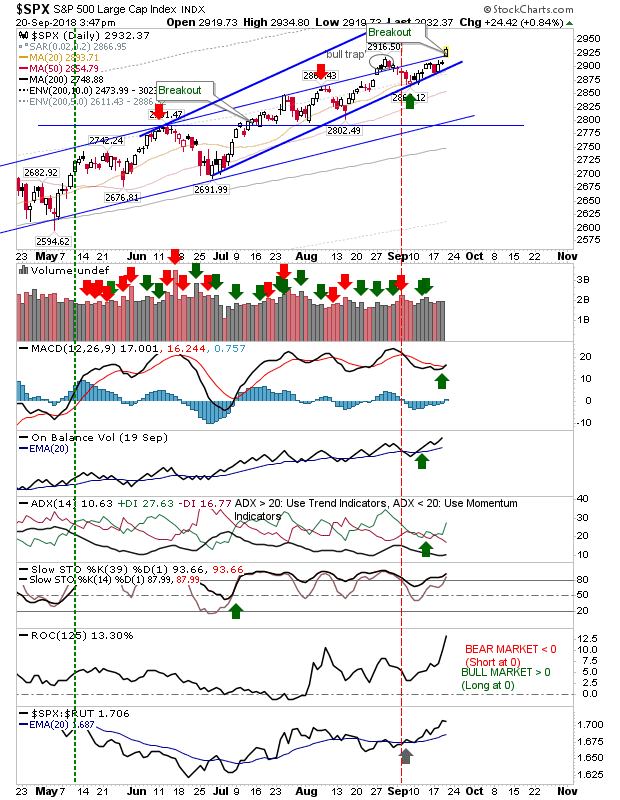 Tech indices were not left out of today's gains. Existing long trades hold.  Semiconductors are range bound and I have redrawn support to encompass the two most recent 'bear traps'. Technicals are a mixed bag which reflects the indecision of Semiconductor traders. 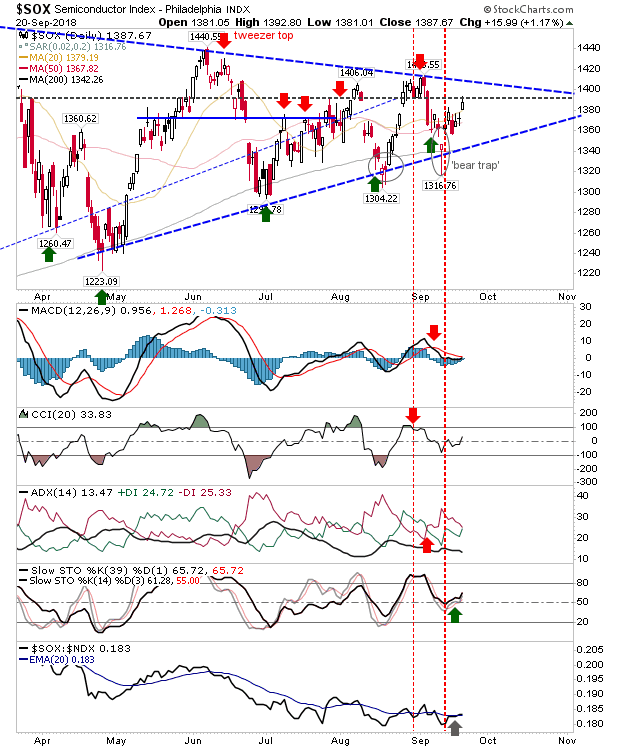 For tomorrow, look for consolidation of today's gains. Shorts don't have an attack point and longs don't have a reason to sell. New longs would be stretching the risk:reward but it's possible traders will be looking to strength in the Dow Jones Industrial average and pricing this into other indices.

Dr. Declan Fallon is a blogger who trades for education on eToro and can be copied for free. Investments are held in a pension fund as buy-and-hold.