Large Caps Ease Away From Resistance

August 12, 2018
Sellers closed the week out but it was Large Caps which experienced the most significant loss on the day.

The S&P gapped away from the channel resistance tag reversal. The index was left at its 20-day MA as it appears to be shaping another move to channel support. This was supported by a MACD trigger 'sell', a 'sell' trigger in -DI/+DI and higher volume distribution. 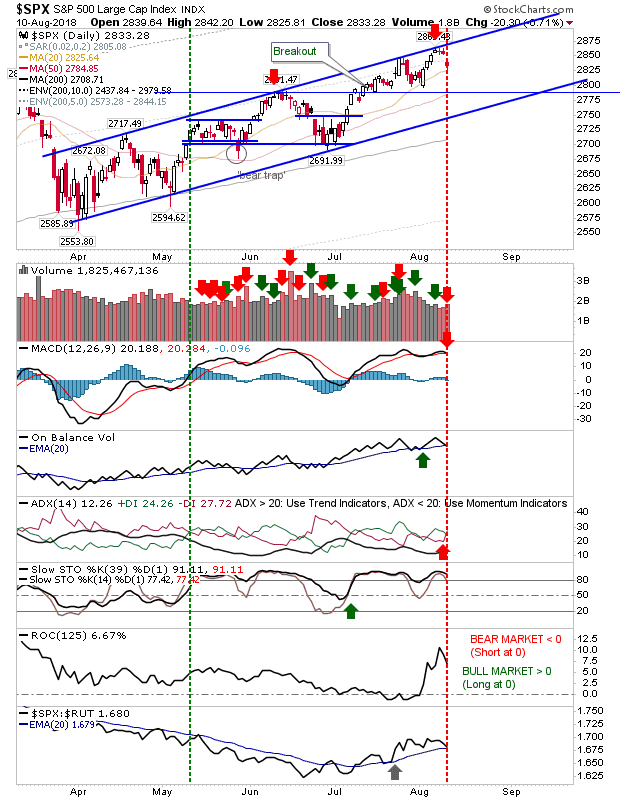 It was a similar picture for the Dow where it experienced a 'sell' trigger in MACD and On-Balance-Volume. Volume climbed to register as distribution. 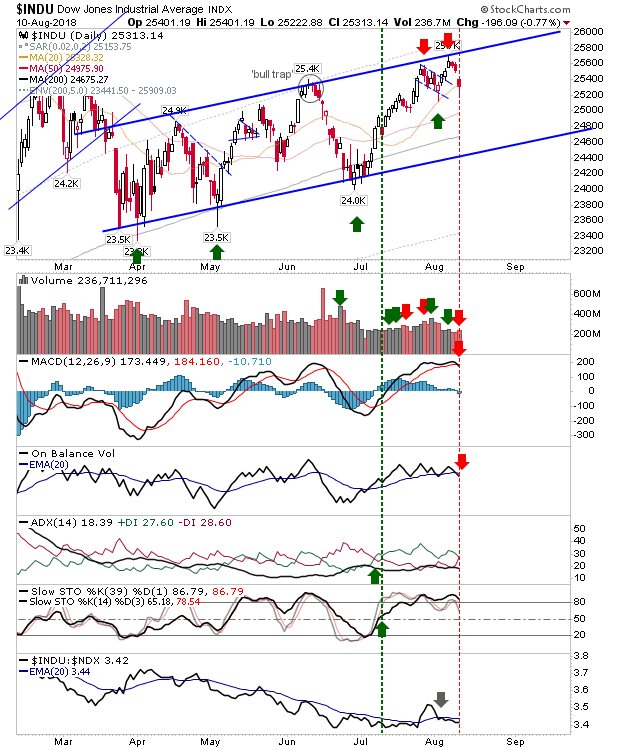 The Nasdaq also gapped lower, finishing on an indecisive doji above 7,800 support. Technicals are all still bullish which gives bulls something to work with on Monday. 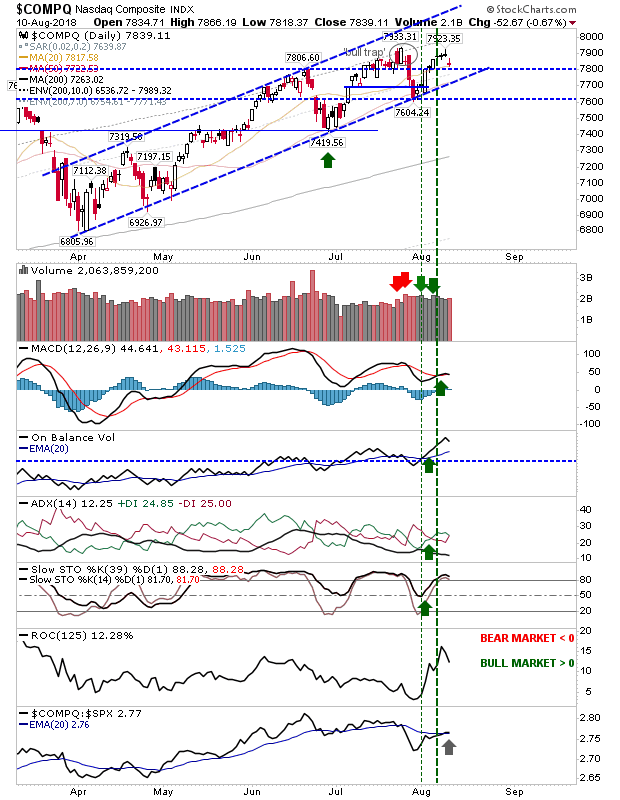 The Russell 2000 is stalling out after a series of indecisive 'doji' and 'spinning tops'. Key resistance at 1,705 remains dominant although a fade off 1,700 is the tighter short play. Unlike Large Caps, technicals are still net bullish. 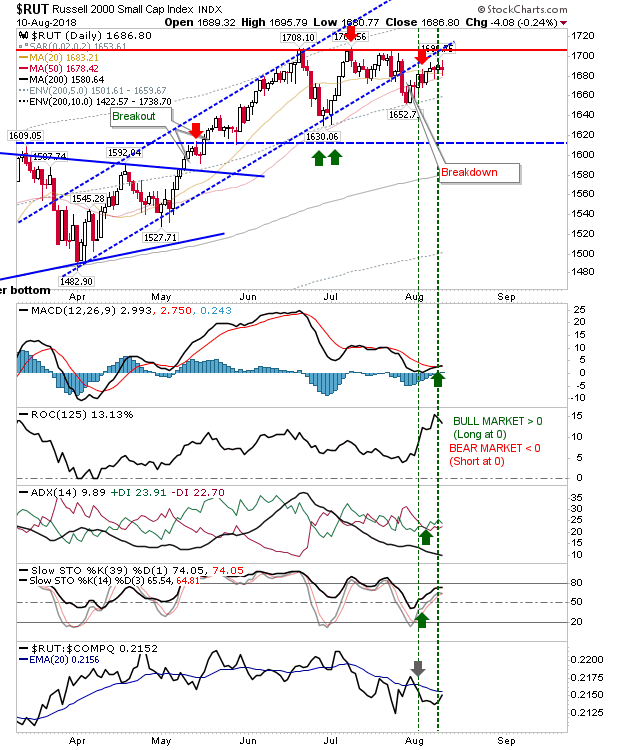 For tomorrow, shorts can look to work the Russell 2000 in an aggressive play. Both the S&P and Dow Jones are playing out a short play too but have moved far enough away from channel resistance to make the risk:reward not so attractive. Bulls can track the Nasdaq; the doji at breakout support is a swing trade opportunity - trade the break of Friday's highs/lows and place a stop on the flip side - the most likely direction is up but if Large Caps continue to deteriorate then it's likely to drag other indices down with them.