July 22, 2018
Friday didn't bring a change in markets as the S&P, Nasdaq and Nasdaq 100 held their breakouts while the S&P struggled to negate its double top.

The S&P lost a little ground but remains well above breakout support. The biggest loss was seen in relative performance but only because the index has suffered an extended period of relative decline and had only begun to reverse that. 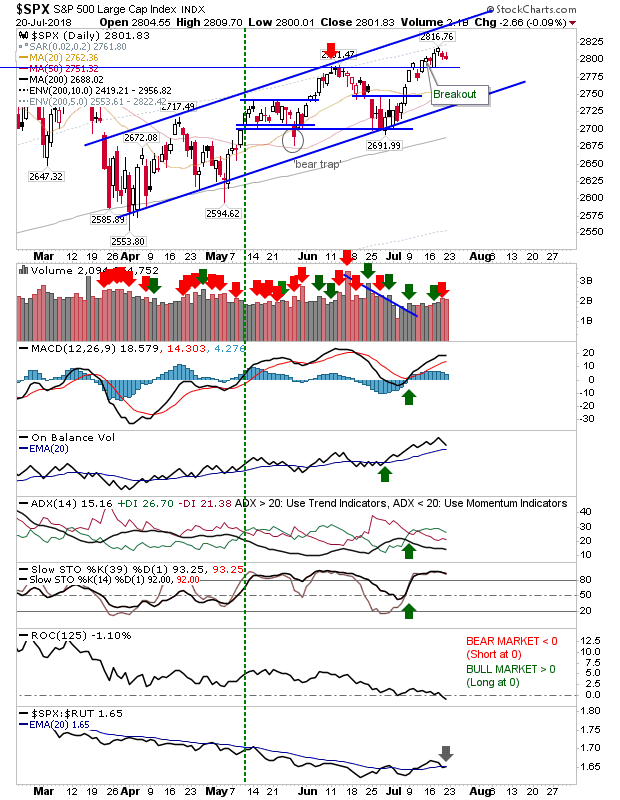 The Nasdaq also held its breakout but has less wiggle room to defend support. There was a 'sell' trigger in On-Balance-Volume but not enough to suggest bears have control. Relative performance is still good if a little weaker than it was in June; maybe some extended double top but don't jump the gun just yet. 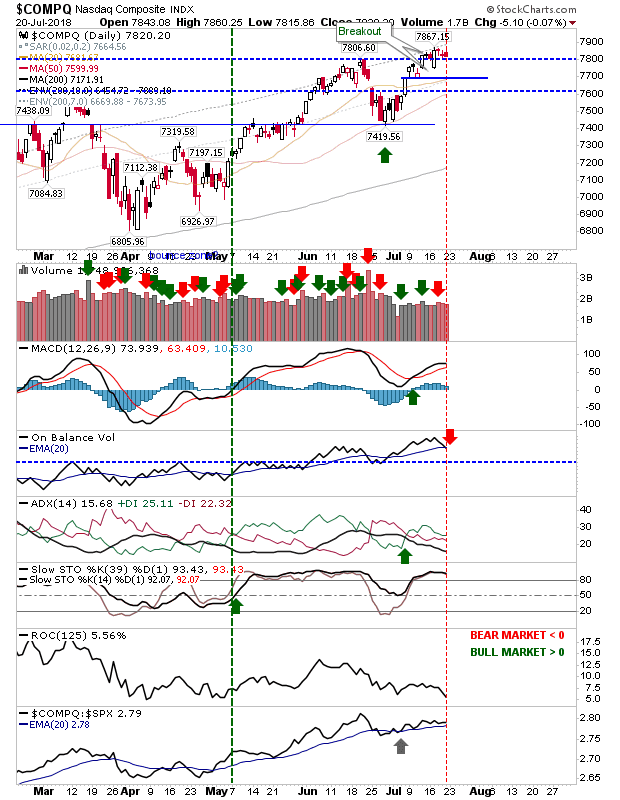 The Nasdaq 100 also triggered a 'sell' in On-Balance-Volume but other technicals are good and relative performance is still gaining against Small Caps. 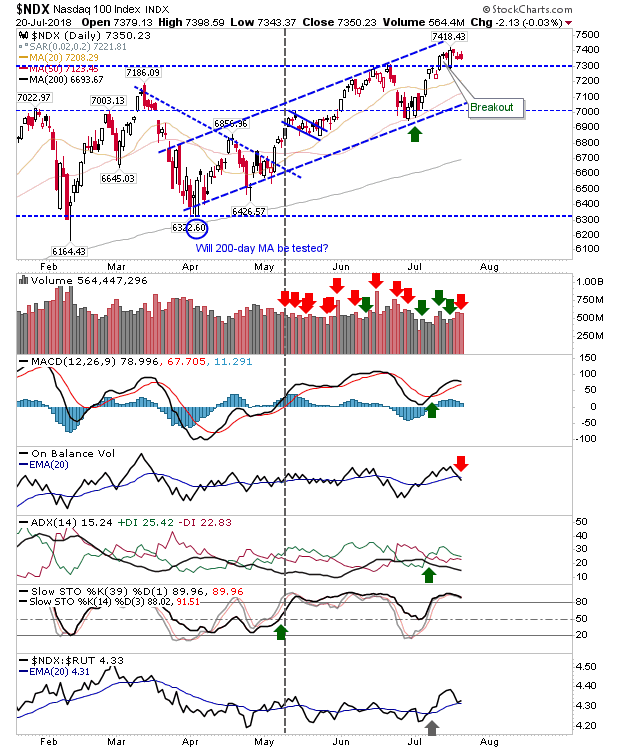 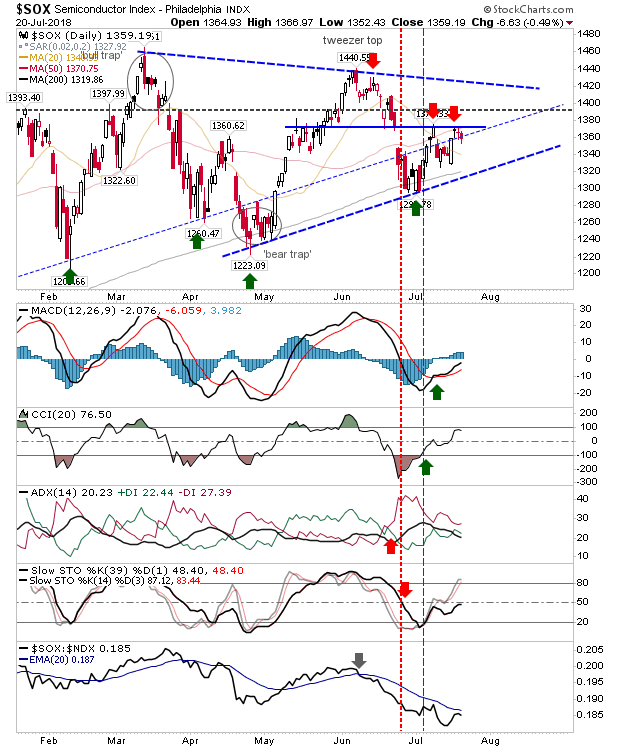 The Russell 2000 is the one index which isn't enjoying the same performance as Tech and Large Caps. If the latter index is mounting a double top then the current rally from last week can't go any further. Shorts can enter on 1,696 with a stop above 1,710 and a target of 1,610.  Technicals are all in the green (bullish) with the exception of the recent sharp loss in relative performance (bearish). 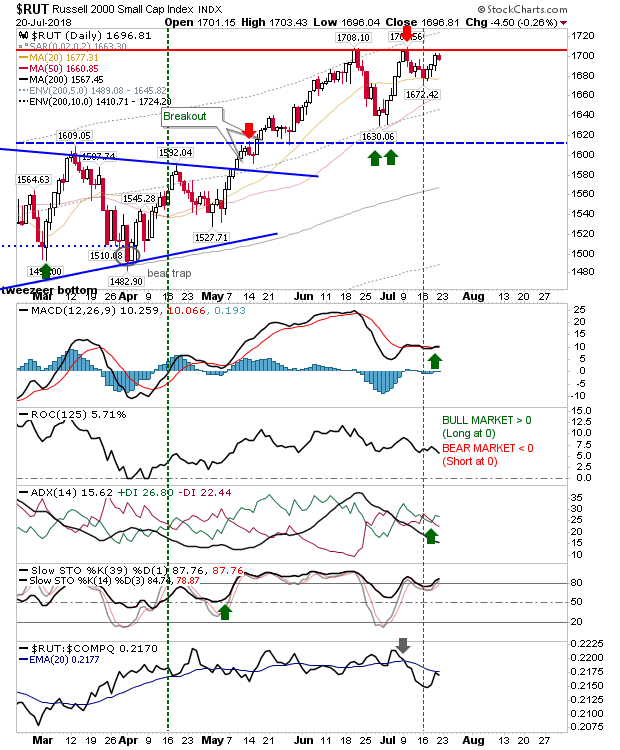 In terms of the longer term charts I'm looking at the relationship between Transports and the Dow Jones Industrials Average. The lack of performance from Transports is somewhat problematic as the ratio shifts sideways in a consolidation pattern.  A secular bull market will require leadership from Transports and this index has struggled to participate in the gains of lead indices. It's weakness should neither be ignore or overlooked. 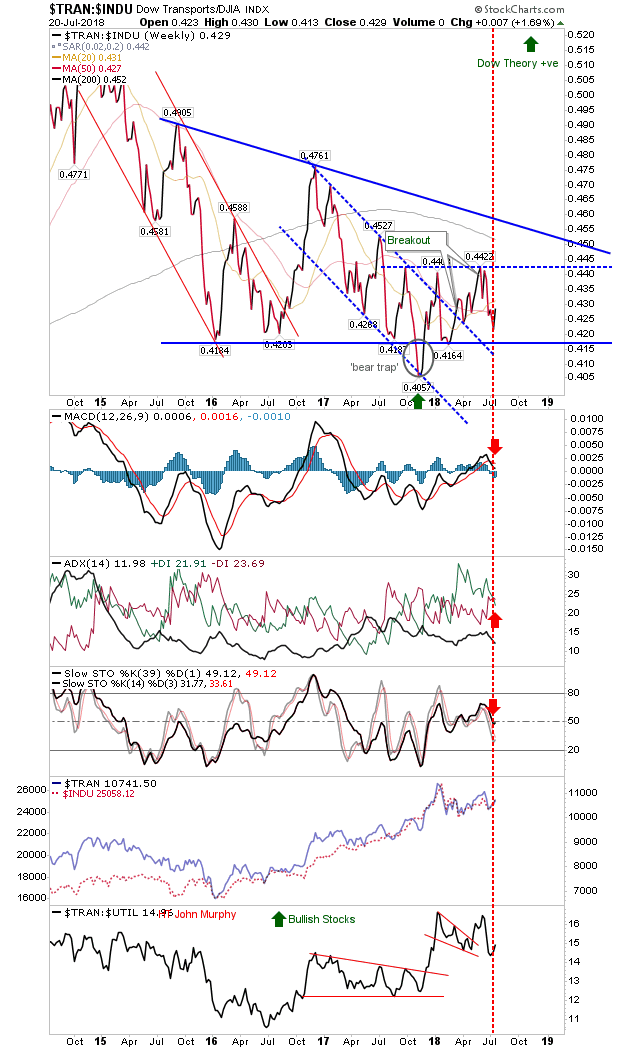 For tomorrow, it's more of the same; shorts watch the Semiconductor Index and perhaps the Russell 2000 - longs have the S&P and Nasdaq indices to trade.