October 16, 2017
About four years ago I went to a Bloomberg hosted talk on Market Cycles. I have been wracking my brain and Google trying to find the presentation and speaker name (which was available on line) but I thought the talk interesting enough to market in my Google calendar the date for the New Moon in October 2017, which was a focus point convergence of a number of market cycles and potentially a significant market top event (the countdown clock in the sidebar). The years have since ticked by and we are not just a couple of days from the October 2017 New Moon. The market has at least cooperated by sitting at new all-time highs but whether this evolves into a major top remains to be seen. I'm mad with myself that I can't find in my pinboard or delicious bookmarks the link so all I can say is the day will soon be upon us and let's see what happens from there...

Other than speculating on the big 'what-ifs' there is very little to say about the market in recent days. Action is tight and near resistance or just above major support. Volume has been modest. And with Trump pushing the media norm to outlandish there is very little a rational news piece can do to mark a contributing influence on the market. One consistent marker close to major tops is the unemployment level, which is near maximum employment and in recent years has been followed by a recession (Y2K Tech Top and 08 Credit Crisis). 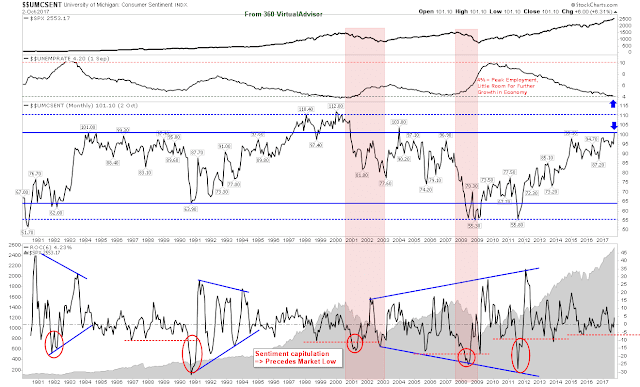 Pring's Inflation:Deflation Index plumbed to a new sub-0.40 zone in 2015 and it's questionable how long it can stay here with what looks a clear spike low in 2016 and current retest; a move above 0.311 confirms the low and a new era of inflation. 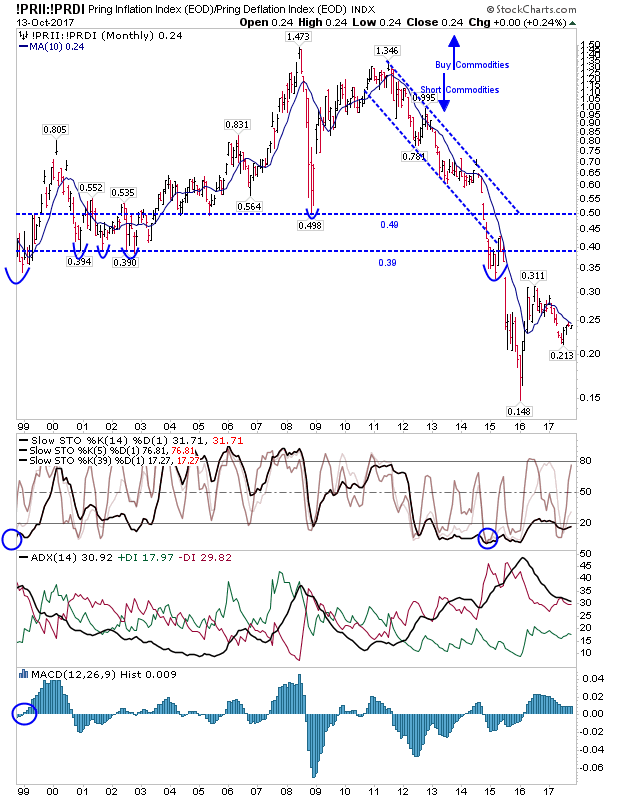 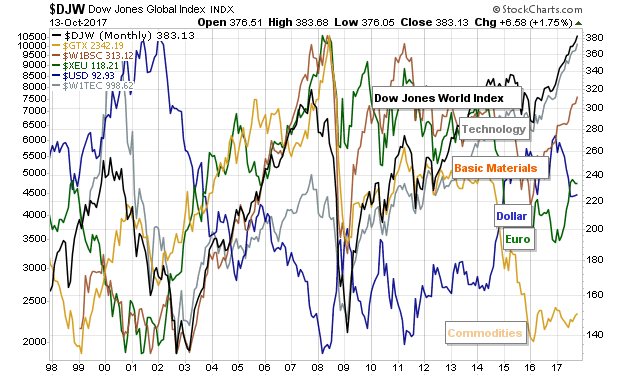 This chart I got from J.C. Parets on the relationship between Discretionary and Staples stocks also suggests we may be approaching a resistance level; although markets don't appear to head south until the last swing low is breached (at 1.435 in this instance) which could be another 1-2 years away - if not longer as the 2005 peak and false 1.56 swing low break illustrates. 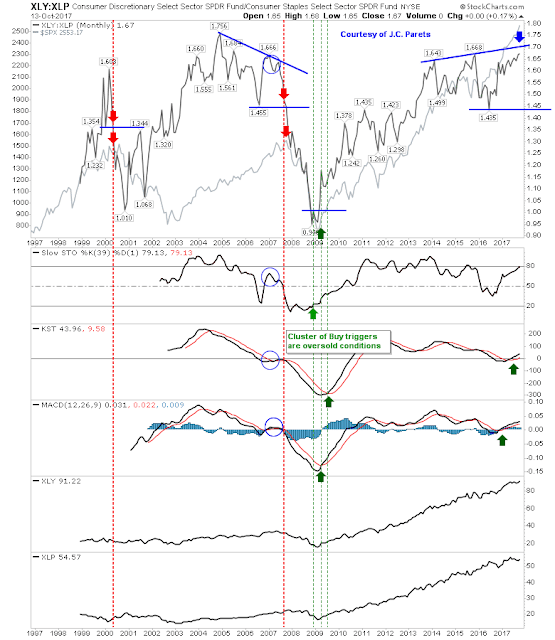 My Transports/Dow Index watch is also in a period of transition. If we get an upside break of the bull flag and consolidation triangle it could mark a new period of economic growth (a move to 0.445 will mark the bull flag break and 0.46 the triangle break) but if it drops below 0.42 then things could get ugly with the ratio trading around 0.27s in 2000-2003. 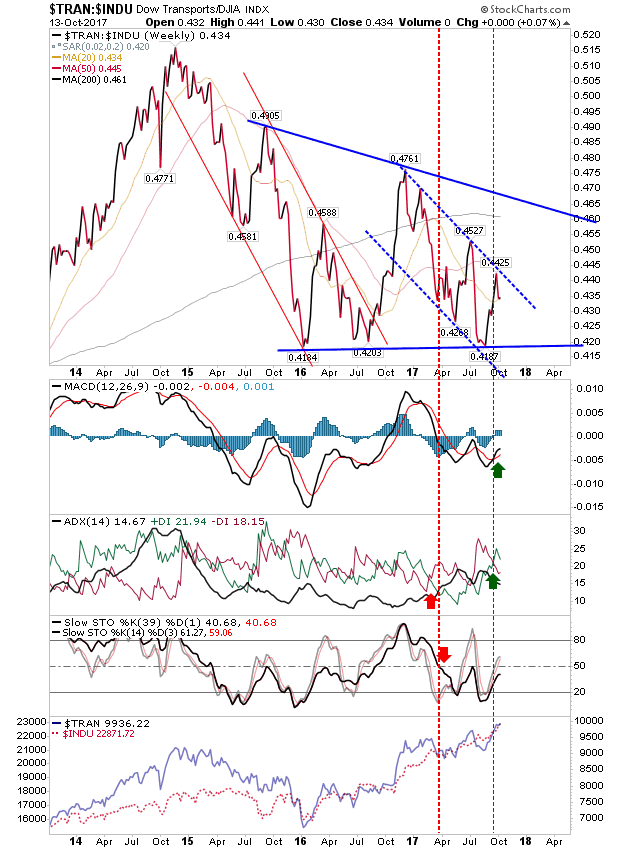 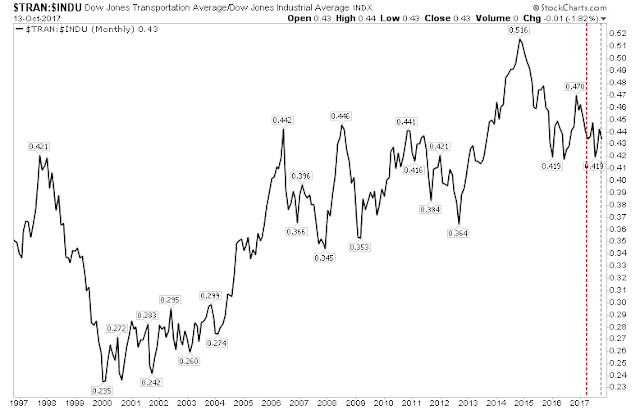 Nobody can tell what will happen in the future. While these indicators suggest we are near highs there are no defined maximums (these are not oscillators). I think the most reliable is going to be the employment situation as this ultimately guides consumerism and the business cycle.  Let's see what the rest of 2017 brings. Hopefully, not a war with North Korea.