April 16, 2017
It has been a while since markets were net bearish, but the S&P, Nasdaq, Nasdaq 100, Dow Jones Industrials and Russell 2000 are all now net bearish in technical strength. Adding to this is a number of these indices have also broken from support channels. The best case for bulls is that markets shift sideways and work out the bearish technicals - building for the next rally. But if there is an acceleration down it could snowball in a manner similar to how markets rallied after the election. It's not a time to buy, and it may not be a bad time to sell or short.  Long-term investors will probably stick as there is no way of knowing what may come - and an extended period of weakness is due which shouldn't worry investors (the March 2009 low I still view as a generational low).

The S&P wasn't the biggest loser on Friday and this was reflected in the relative improvement of the index to its peers. The downward channel could still play as a 'bull flag', but if there is to happen it will have to rally when it hits channel support just below 2,322.  Selling volume has been light, although there is a general distribution trend in On-Balance-Volume. 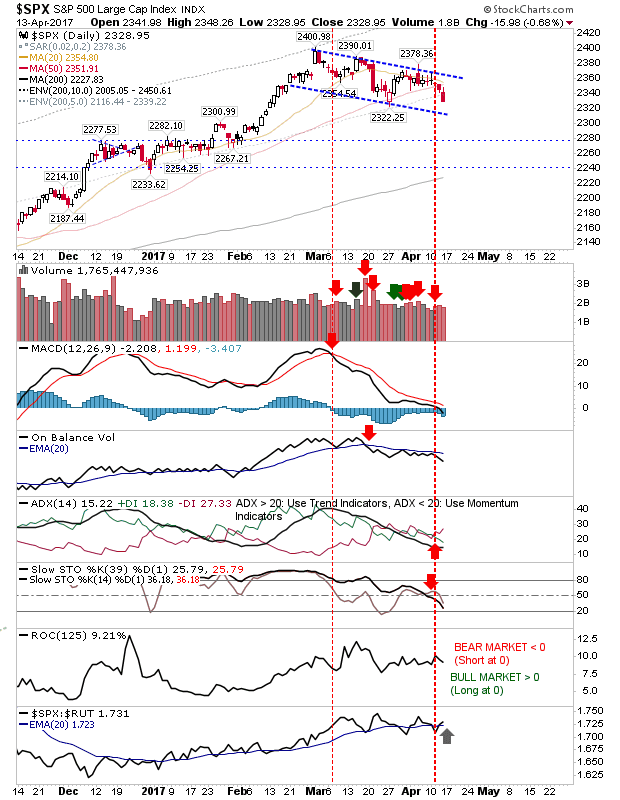 The Nasdaq managed to dig its nails in as it challenges March 'bear trap'. If bulls were to try to grasp at something then this is the index to watch. The index finished just below the 50-day MA, but not far enough away to suggest a strong Monday could see this returned. 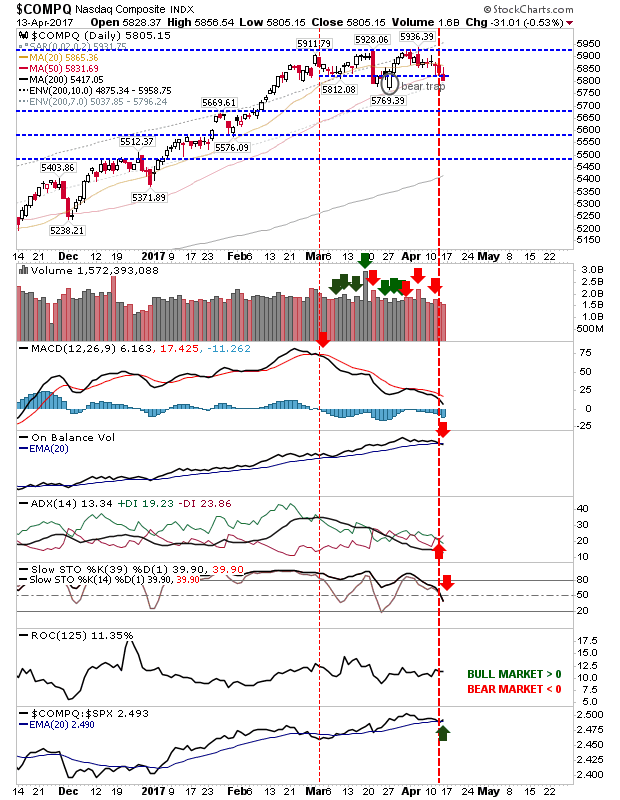 Hardest hit was the Russell 2000 as it made a decisive break of the consolidation triangle.  The 'bear trap' is still a support level to work but it's not a strong one. The Russell 2000 also lost relative ground against the Nasdaq. 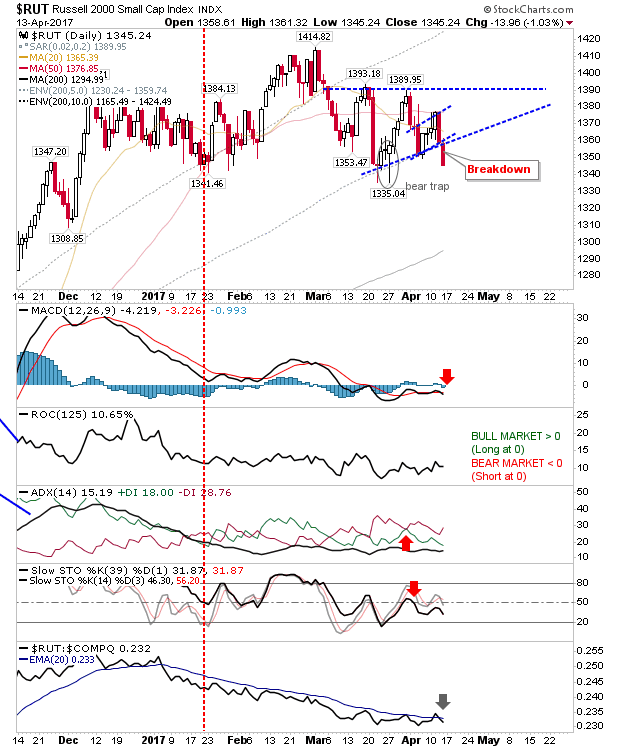 The Nasdaq 100 also lost channel support, but it's leaning on the 50-day MA and this may offer a chance for bulls, but a move above 5,440 would be needed to restore confidence after the loss in the channel trend.  Contributing to the positive outlook was the uptick in relative performance against the Russell 2000. Probably one to come back to in the coming weeks. 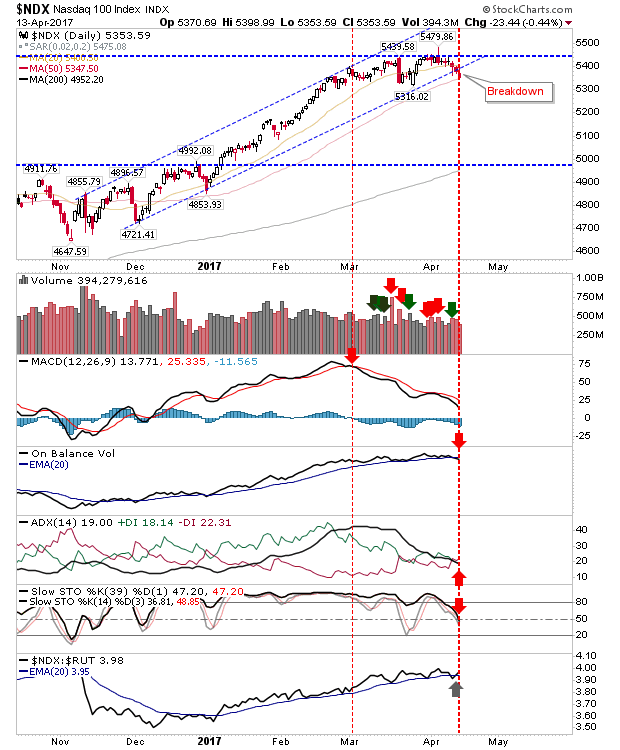 After Friday's action, the easier path is to sell and take profits. Aggressive players may look to take a stab at the long side, but recovering 50-day MAs and/or channel support may be required before committing.  Long term investors should be watching from the sidelines and not fret the noise.