The S&P experienced higher volume accumulation but was unable to get past 2,275. Monday is another day, but keep an eye on the MACD; a gain with a new 'buy' trigger well above the bullish zero line will attract technical traders on the long side. This in turn will encourage short covering. 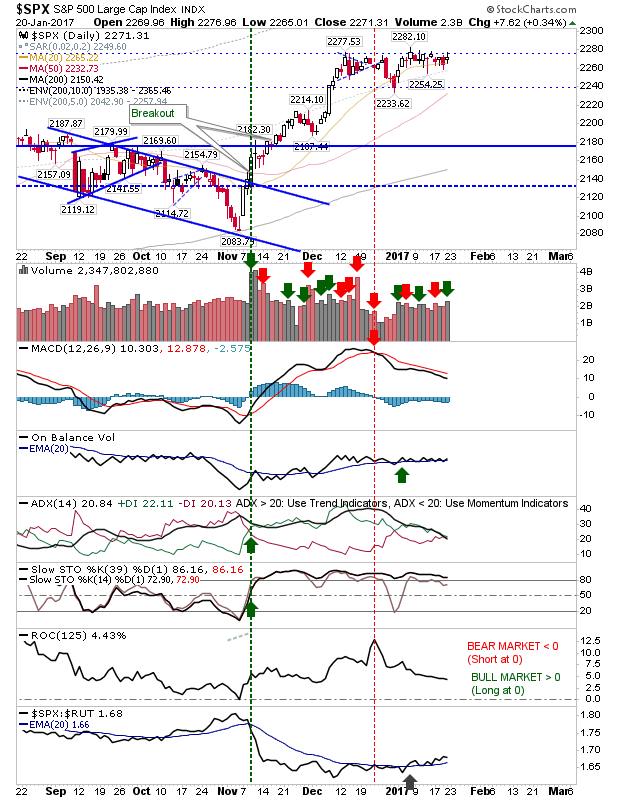 The Nasdaq turned a MACD trigger 'sell', but given its relative position well above the bullish zero line it would count as a weak 'sell' trigger.  Other Technicals remain firmly positive, and the relative performance of the index against the S&P suggests it's well positioned to go higher. 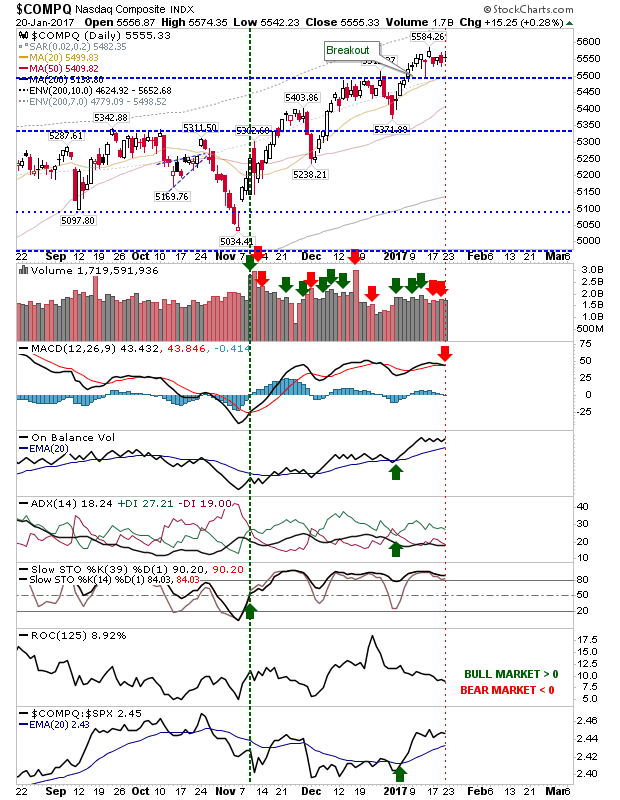 Meanwhile, the Russell 2000 is still struggling. It did make up some lost ground, but not enough to recover lost support and not enough to reverse technical weakness. Shorts will again be looking to attack unless there is a push above 1,376. 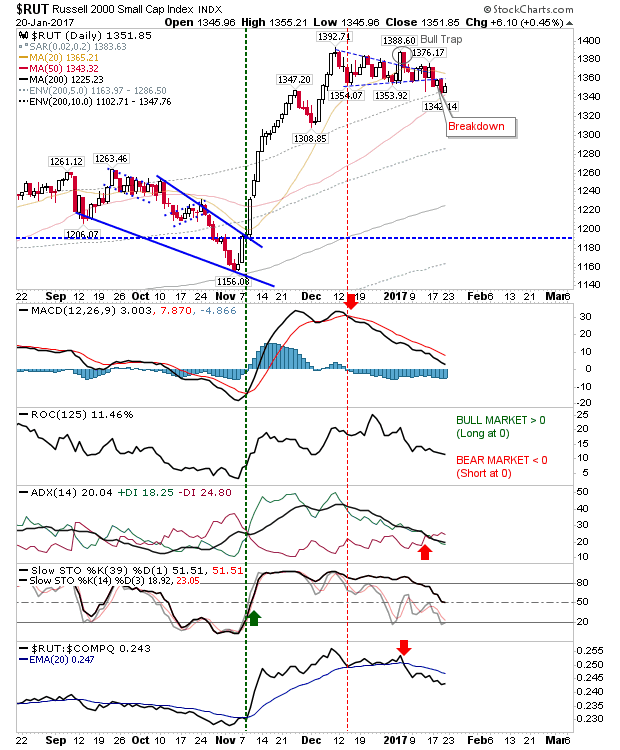 Longer term charts had moved back in favour of bulls (in what was a slow-mo reversal). It would take a few months of consistent downside to return this to a bearish stance; in light of this, look for a move to broadening wedge resistance - i.e. further bullish action. 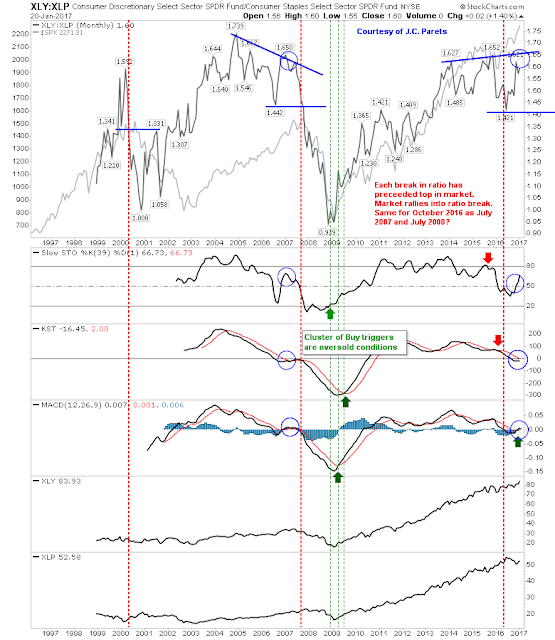 Dow Theorists can continue to take comfort in the relative relationship between Transports and Dow Jones as the breakout from the two-and-a-half year decline resumes its upward advance (Transports leading). 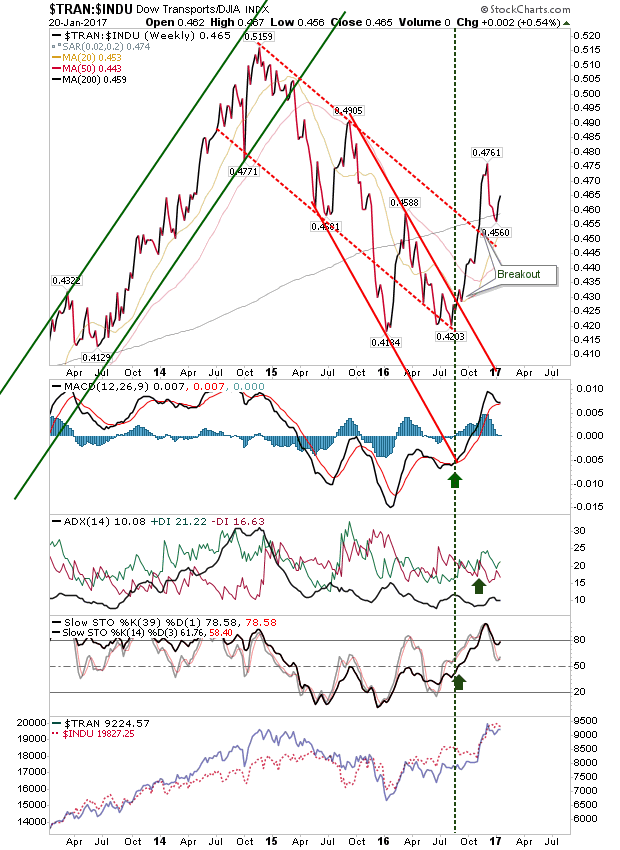