January 03, 2017
2017 opened with a positive start on higher (albeit low) volume accumulation. The late flourish in the market following the election results helped close 2016 on a positive note. So what will 2017 bring?

The S&P wasn't able to hold the bulk of Tuesday's gains, but it did reverse the damage from last Friday.  Not surprisingly, recent volume has been very light so it will be important to see how this changes as traders go back to work. The only technical change over the holiday period was a 'sell' in the MACD. 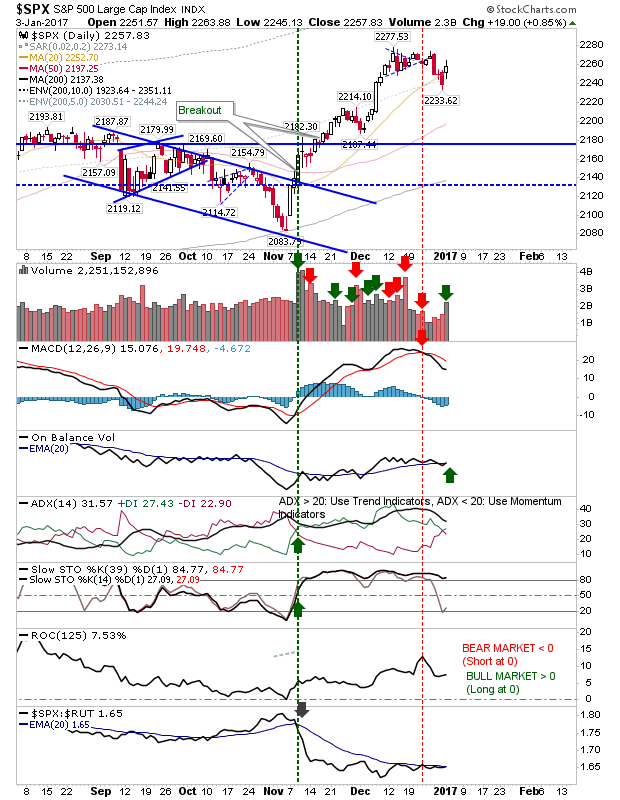 The Nasdaq also posted gains, but not to the same degree as the S&P. There are two 'sell' triggers are in play: MACD and ADX.  There is also a continued relative underperformance of the index against the S&P. 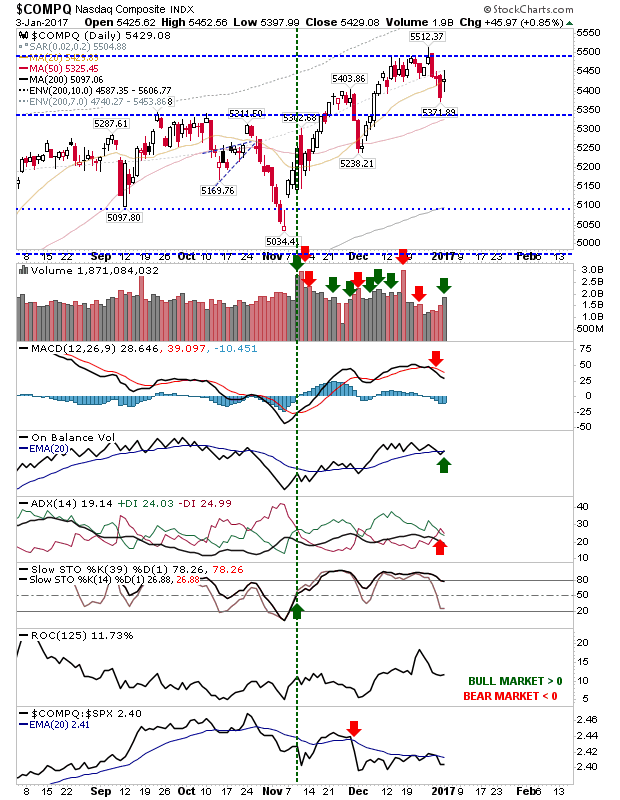 The Russell 2000 had been the lead market performer and looked primed to be the market leader for 2017. Can the Russell 2000 maintain its advantage it has enjoyed for large parts of 2016? It was one of the earliest indices to trigger a MACD 'sell' in December, but this looks to be part of a bullish consolidation rather than a bearish reversal. 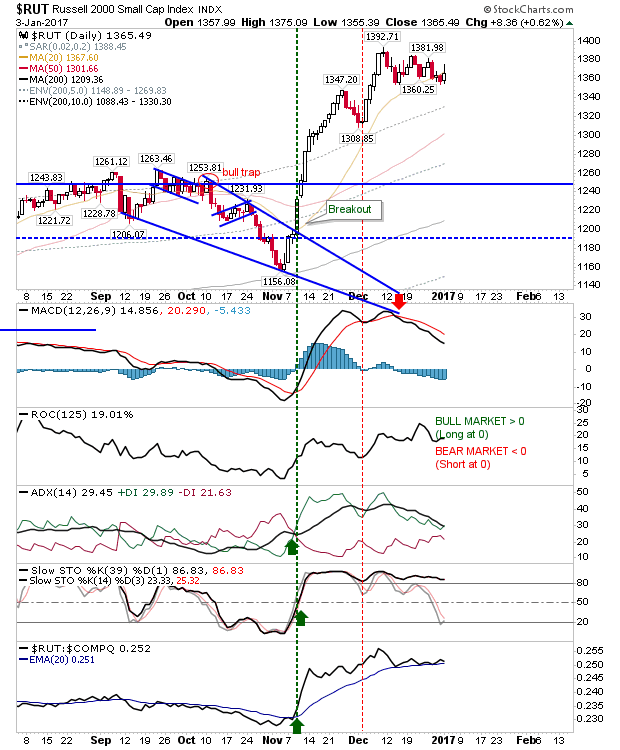 What all this means for individual stocks remains to be seen. However, markets have taken a very positive spin on Trumps election and it's hard not to see a further pop once he is inaugurated.  Even a sell off would have to fall a long way to undercut where markets started since election day.