November 30, 2016
Sellers kept pressure on the Russell 2000 with the Nasdaq and Large Caps also partaking in the profit taking merrymaking.

Large Caps had begun with a boost, the Dow in particular had started well, but was pegged back to finish with an inverse 'gravestone' doji. With sellers picking up the pace in the Nasdaq and Russell 2000 there is a good chance the 'gravestone' doji will hold to its name and deliver trouble tomorrow. 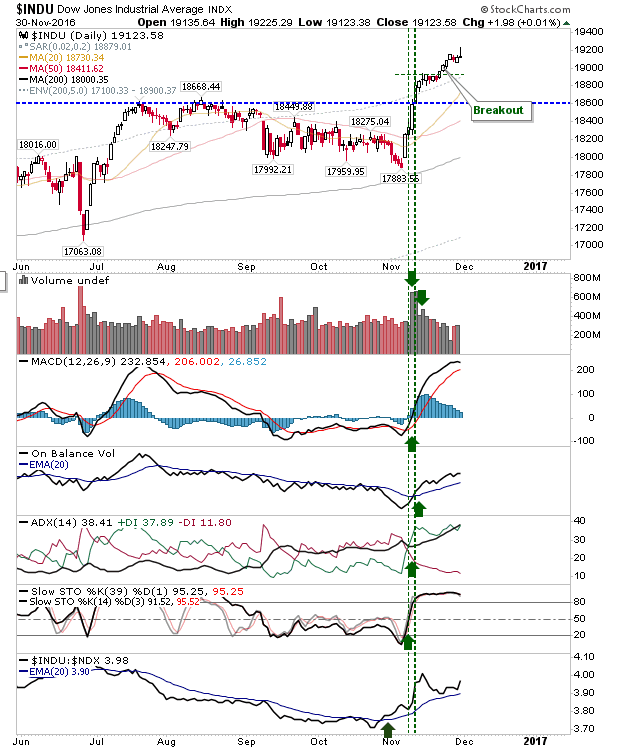 The Nasdaq gave up a percentage point on higher volume distribution, giving up the breakout in the process. On-Balance-Volume is close to generating a 'sell' trigger.  There was a relative loss against the S&P. 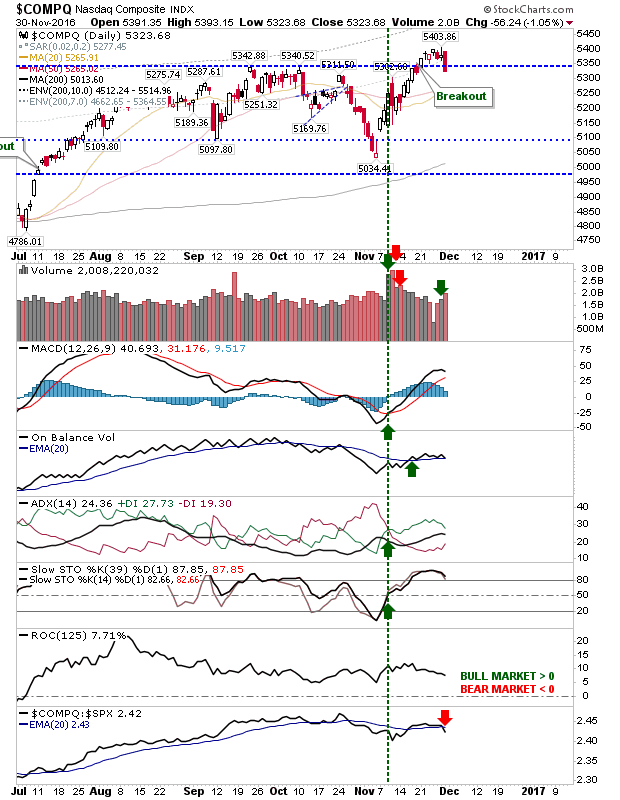 The Russell 2000 didn't experience the same degree of loss, but it did chalk up its third day of loss in a row. Despite this, it remains the lead performing index relative to the Nasdaq and S&P. 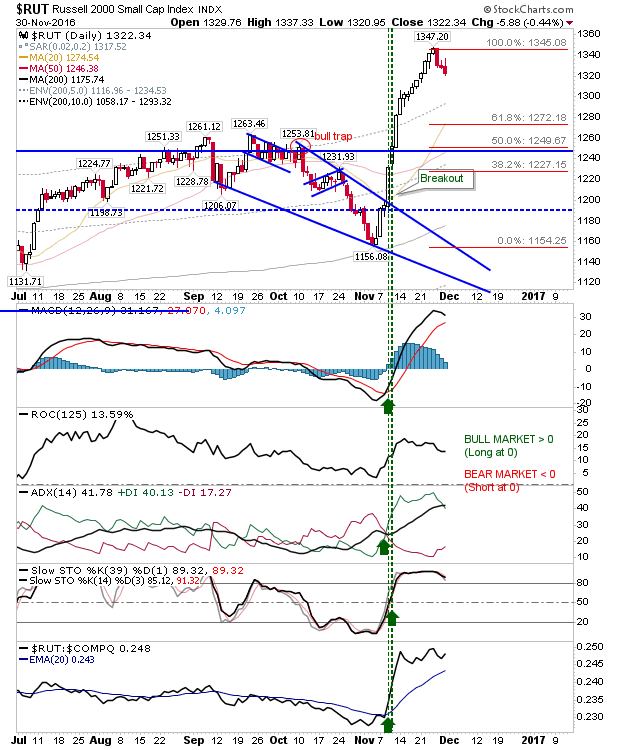 For tomorrow, look for more of the same. With just one day of profit taking under the belt there hasn't been a decent run of selling since the election. Shorting opportunities won't present themselves until there is a failed rally following such a sell off.  Remember, the Russell 2000 has already flagged itself for profit-taking as prices moved inside the 10% zone of historic highs relative to its 200-day MA.