November 20, 2016
There wasn't much to say about Friday's action. Indices which had pushed to highs continued to benefit from those moves, while indices stuck beneath resistance remained below resistance.

The S&P was a case in point for the latter. Small losses of from 2,190 kept the index pegged to August tight trading action. Volume was light, affirming the action of consolidation. Technicals - aside from On-Balance-Volume - remain positive, which suggest a breakout is favoured for this week. 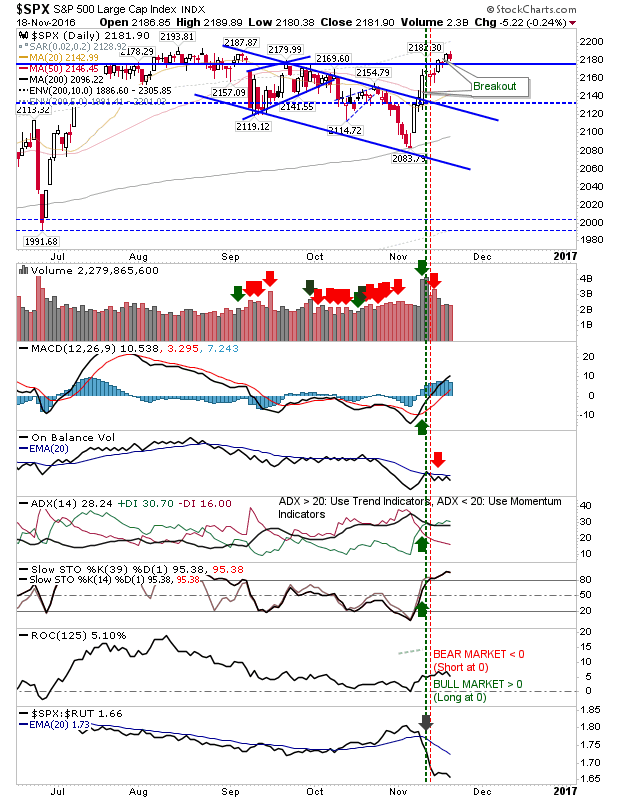 The Nasdaq finished the week in a similar predicament to the S&P. An index which lost a handful of points from all-time highs. Light volume was again a theme for the day.  Technicals are net bullish, and relative performance is also positive, so it may break upside before the S&P. 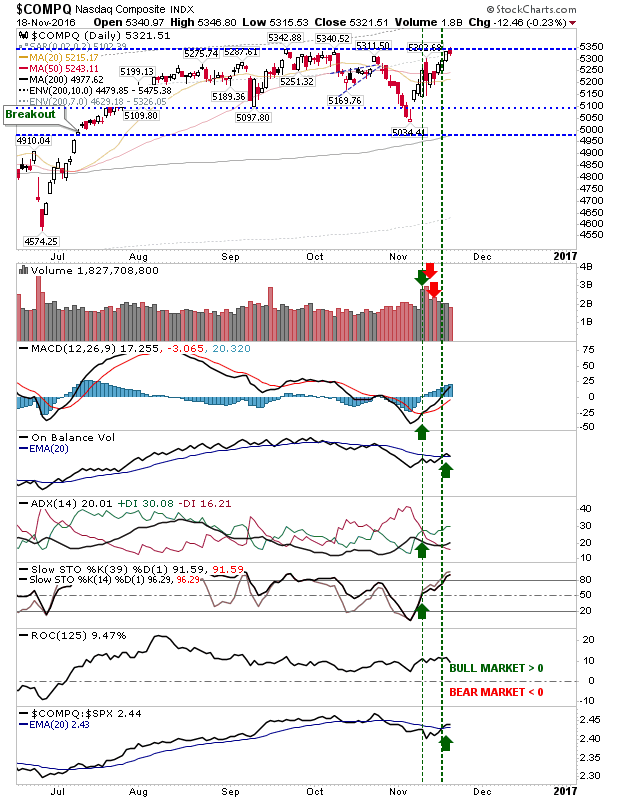 The Russell 2000 is well beyond resistance and has jumped over 10% since the election. Some profit taking seems inevitable, but nobody wants to make the first move. Tightening intraday action suggests sellers will be arrive sooner rather than later, but as long as buyers are willing to support these highs it will be hard for to traders to deliver significant losses if fishing for short-side positions. Should the Nasdaq and/or S&P breakout, then further gains are likely here. 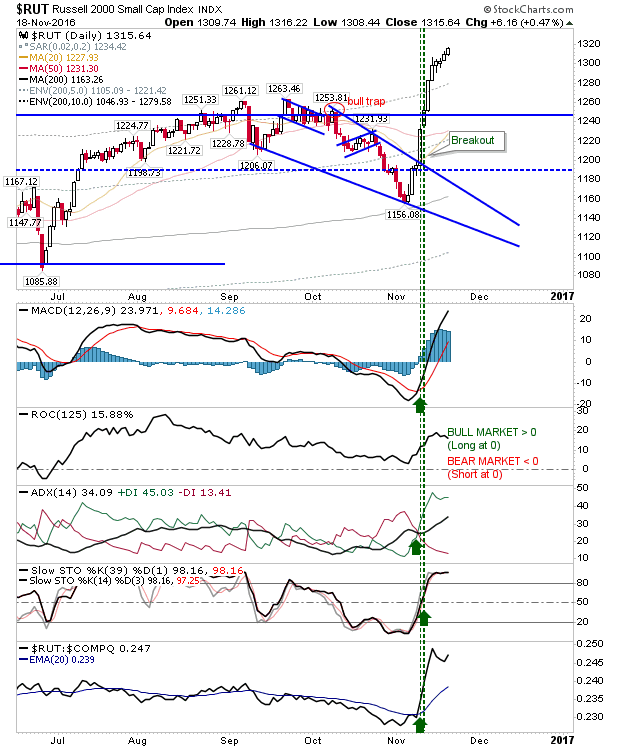 The Dow is caught a little in the middle. Unlike the S&P it has clearly broken from resistance, but it didn't add to its gains like the Russell 2000. I have a tentative short position, but any inkling for a move higher will drive me out, and send other shorts scrambling in what could turn out to be a very good long-side day trade. 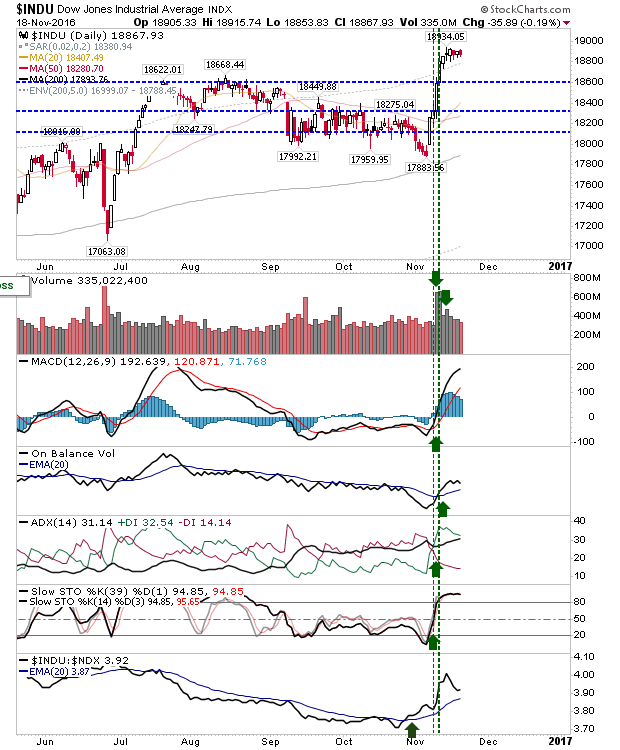 In terms of helping the Nasdaq, there is the gain in the Semiconductor Index. It has been one of the best performers for 2016 and these benefit should see it improve Tech stocks. 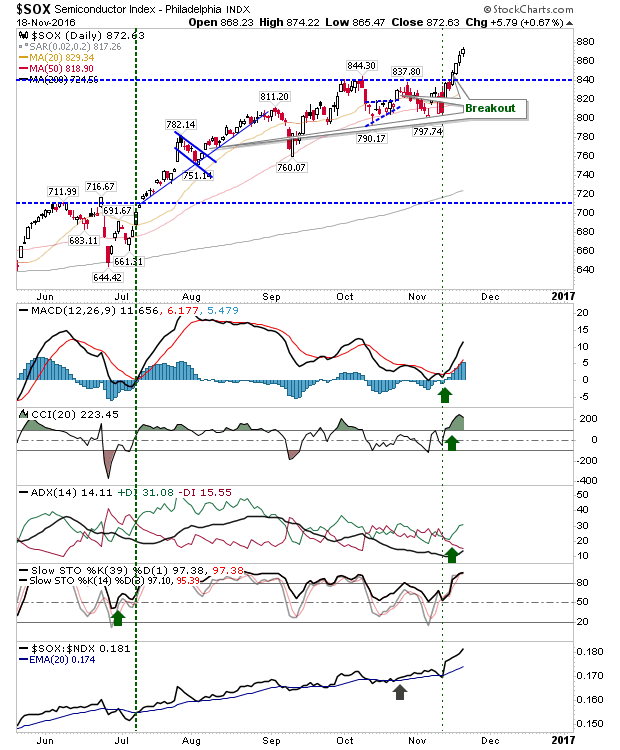 For next week, watch for breakouts in the Nasdaq and S&P. If these fail to break from resistance then look for larger than expected losses in the Russell 2000 and Dow as doubts seep in as to the sustainability of the rallies in the aforementioned indices.