October 16, 2016
The follow through from Thursday's buying burned out after the first hour of Friday's trading and Friday closed back at Thursday's close. Where Thursday's action had set up for upside follow through, Friday's 'inverse hammer' is offering the reverse.  The question is how strong the respective buying and selling which created the spikes from Thursday and Friday are? Monday is likely to start with a test of Thursday's buying. What happens after the first half hour of trading will set the tone for the rest of the day.

The S&P is trading below 20-day and 50-day MAs. Thursday's selling was greater than Friday's buying which is another tick in the bear column. Technicals are all negative. The only positive was the relative out performance of the index to the Russell 2000. 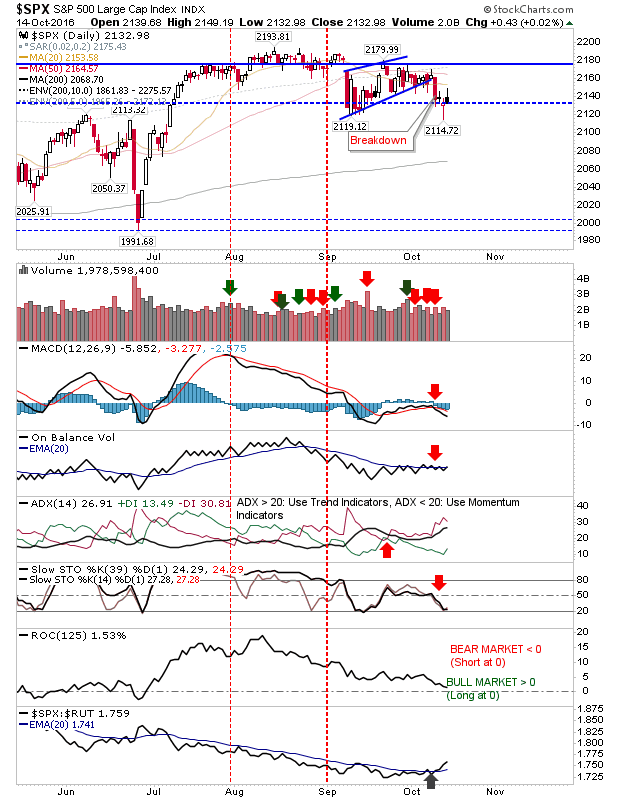 The Nasdaq rebounded off its 50-day MA as buying volume traded below Thursday's selling volume (like the S&P). Bulls can look to the mid-line test of Stochastics as a possible launching point for a rally. Bears will want an expansion in the new relative underperformance of the index against the S&P. 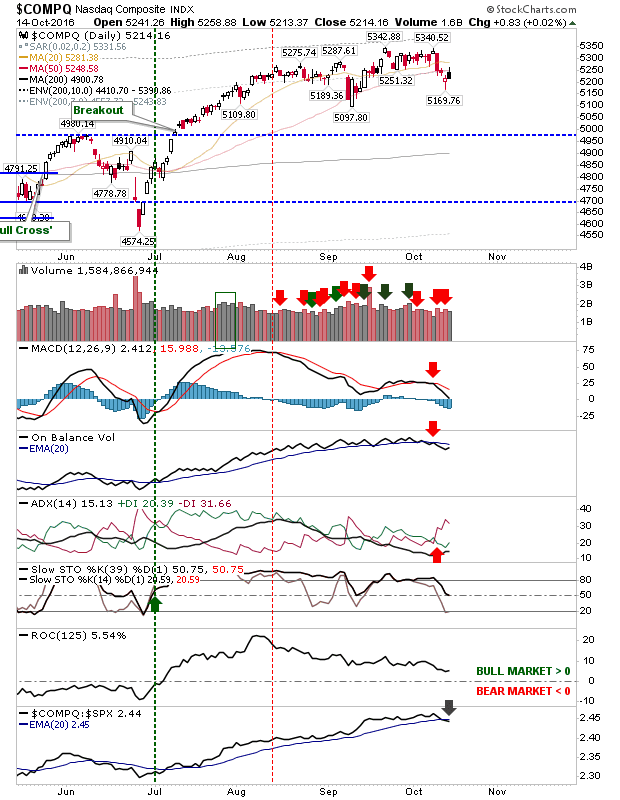 The Russell 2000 is in the worst position. The index is pressuring Thursday's low, leaving bulls with little room for maneuver. A weak start for this index will make it difficult for bulls in the S&P an Nasdaq to step in and defend Thursday's lows, and for buyers from Thursday to hold their positions. Look to the Russell 2000 for leads in all markets 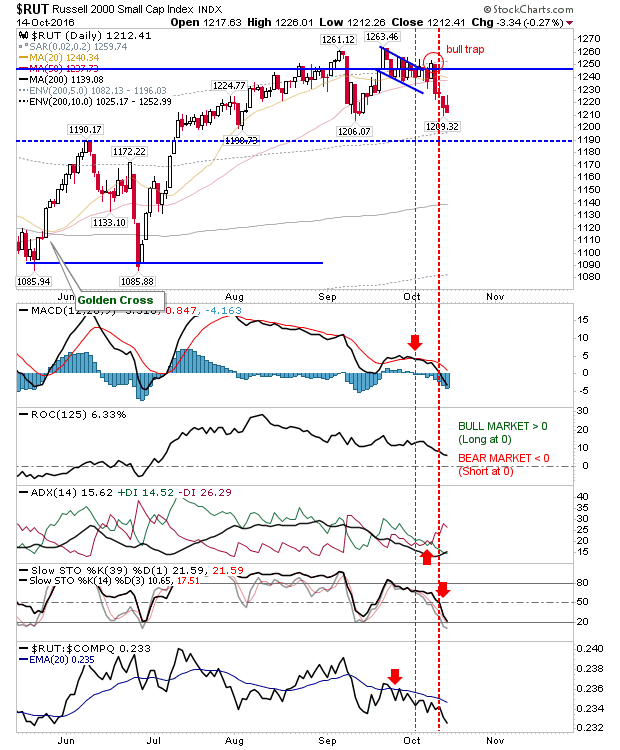 Bulls can look to the Dow Theory indicator as Transports continue their performance breakout. The trend remains down, but the acceleration lower which started in 2015 has been negated. If current action can make it past the hashed red-line it will mark a new leadership role for transports which would point to improving economic conditions. 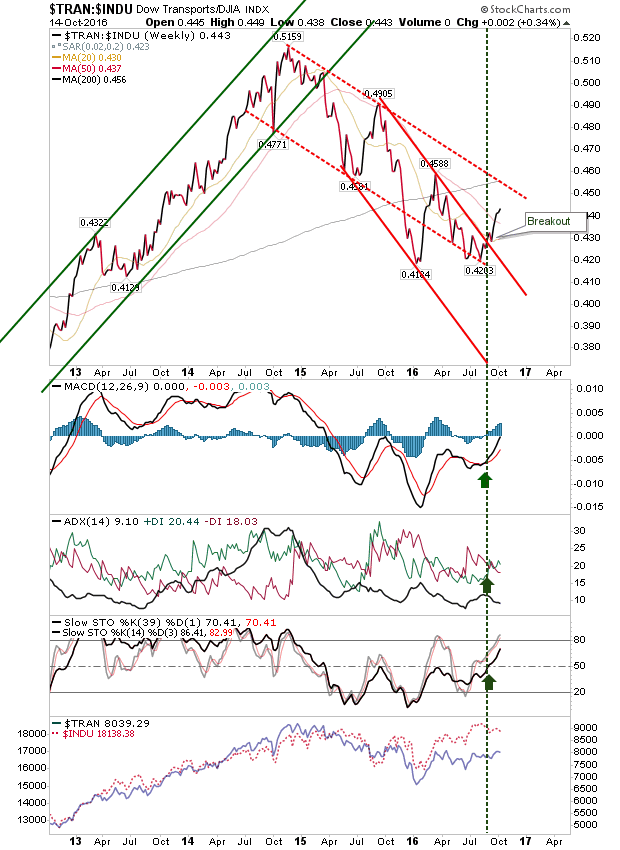 Meanwhile the relationship between Staples and Discretionary stocks - on a monthly time frame - hasn't changed from its bearish stance. 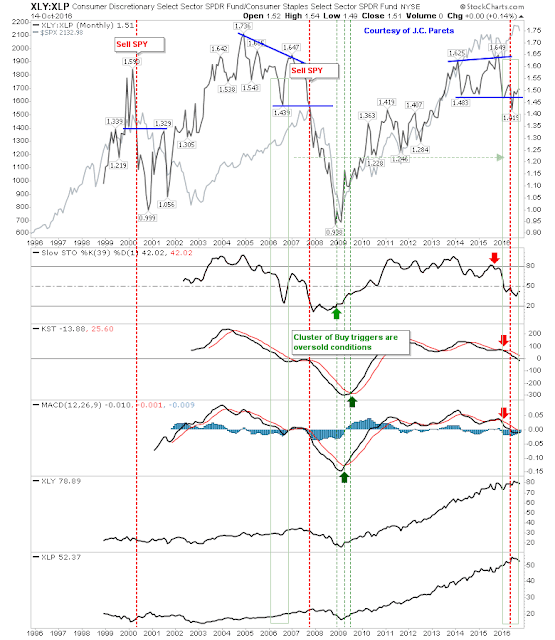 Early action Monday is likely to be telling. Hunch thinks bears will win out, but buyers have reasons for optimism with markets so close to posting new 52-week, and all-time highs.