September 04, 2016
In the end it proved to be a relatively lacklustre Friday with only Small Caps making the break. Weaker than expected jobs data had looked like it was going to be a catalyst for a breakout move, but in the end there was only one index showing some positivity into the Labor day weekend.

Small Caps had been the relative leader compared to the S&P and Nasdaq over the last few weeks and this showed itself on Friday's strong finish. Next step for bulls is the MACD trigger 'buy'. 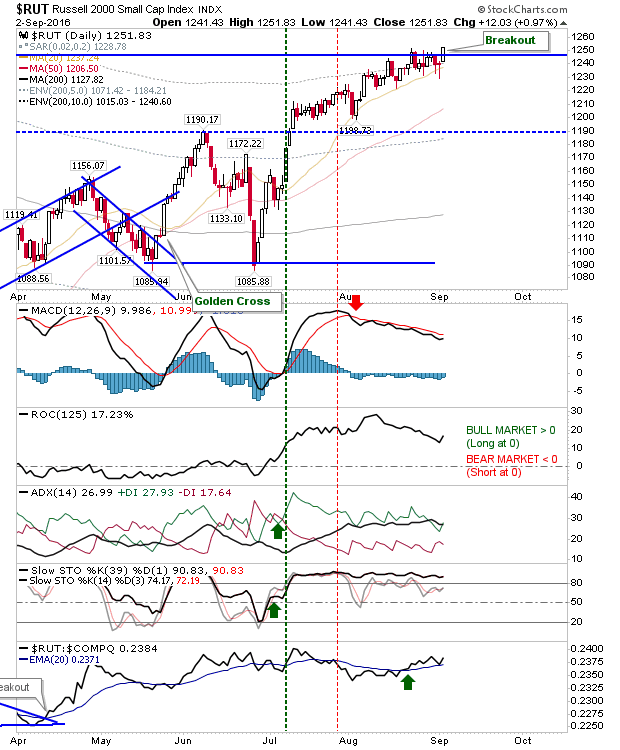 Large Caps did attempt a push higher and have at least broken from the intermediate term downward trend. 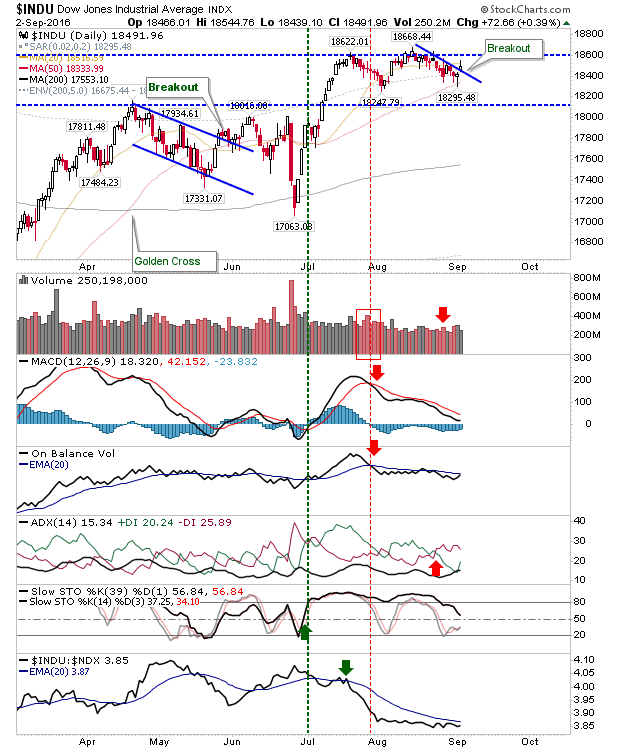 The Nasdaq did likewise, but both Tech and Large Caps need to do more if the summer trading lull is to be cleared with conviction. 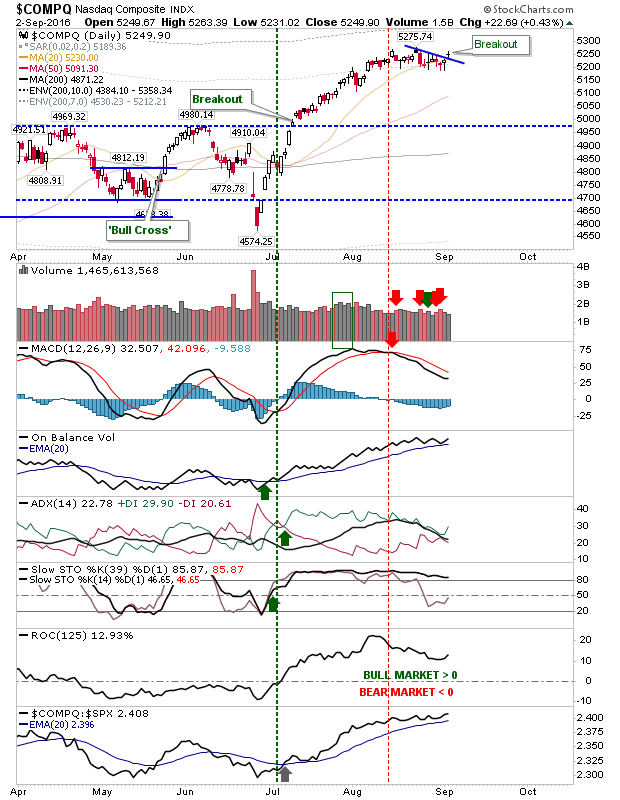 The monthly chart still shows in bears favour. However it's a slow burn and the divergence in play could last another year with market highs coming against the relative loss in the discretionary:staples ratio. It's a cycle event in the downward phase, but it offers nothing more than a cautionary warning and not anything actionable. 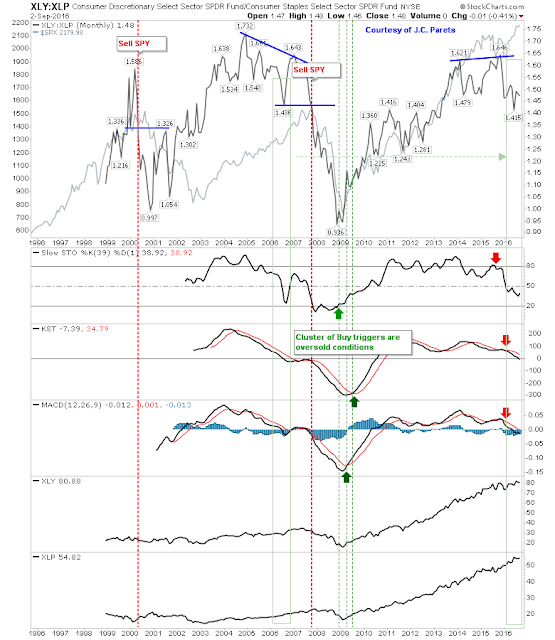 The relationship between Transports and the Dow Jones (Dow Theory) is similarly bearish, but there is a MACD trigger 'buy' with the index up against declining channel resistance. A break higher could feed a rally to offset monthly weakness in the discretionary:staples ratio. 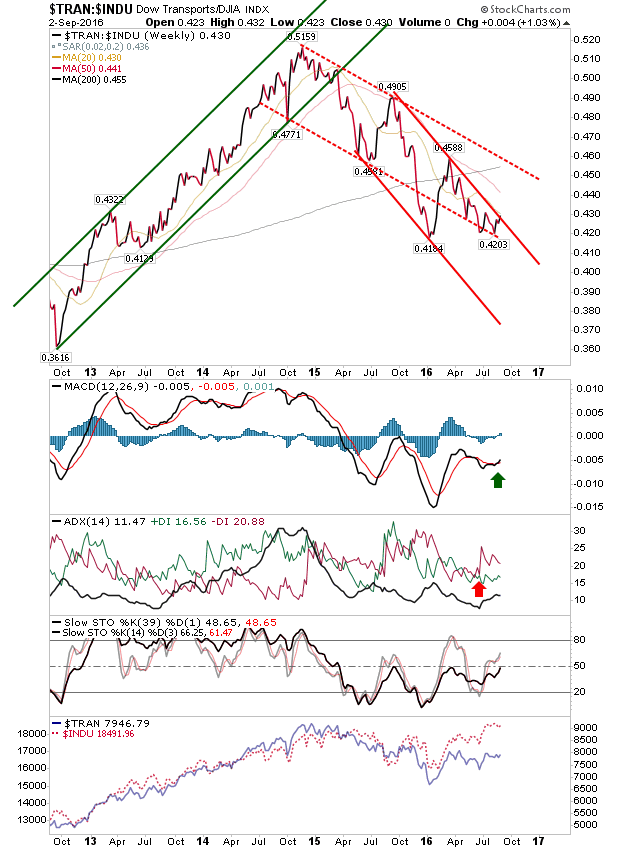 With Labor day marking the end of the summer we should see an injection of volume to help break the trading range markets are under. Short term favours bulls, but the monthly discretionary:staples ratio chart is a worrying overhang. Lets see what the next couple of weeks bring.