August 21, 2016
Markets continued with their sideways pattern in a refusal to succumb to easy profit taking.  The exception looks to be the Semiconductor Index which continued to advance.

The only disappointing aspect to the Semiconductor Index is the failure in the MACD to kick higher. It's not a deal breaker as price action and other technicals are very healthy. 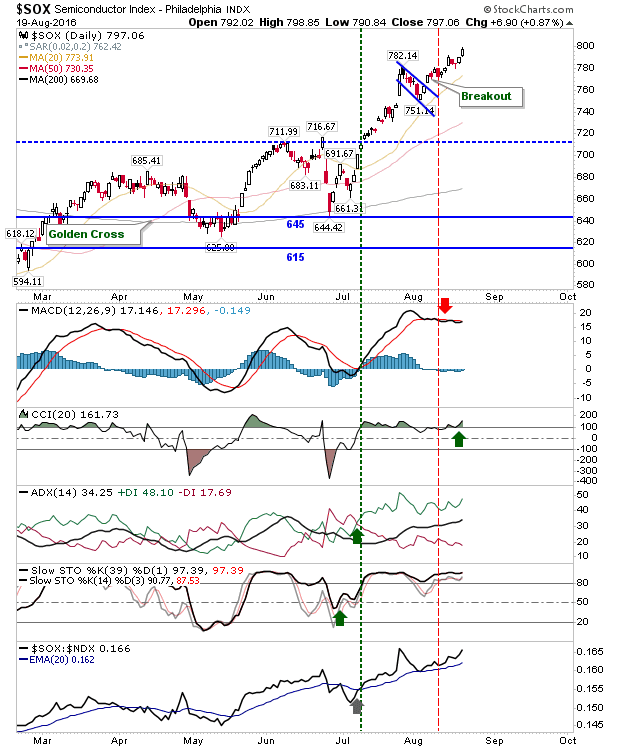 Strength in the Semiconductor Index hasn't really been felt by Tech averages. The Nasdaq 100 hasn't enjoyed the follow through which Semiconductors have seen, although it's not late to see some influence next week. 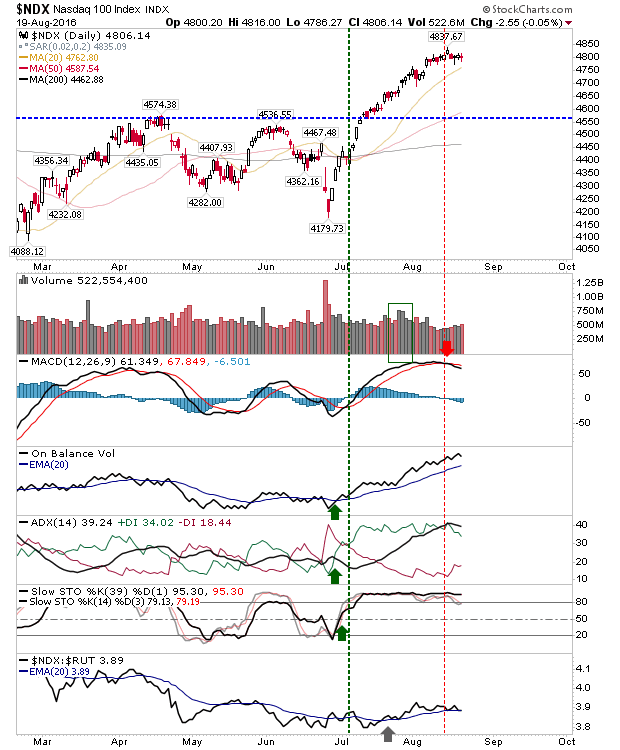 The Nasdaq looks to be waiting for buyers too. The only weak point is the 'sell' trigger in the MACD, but other technicals aren't offering confirmation for this any time soon. 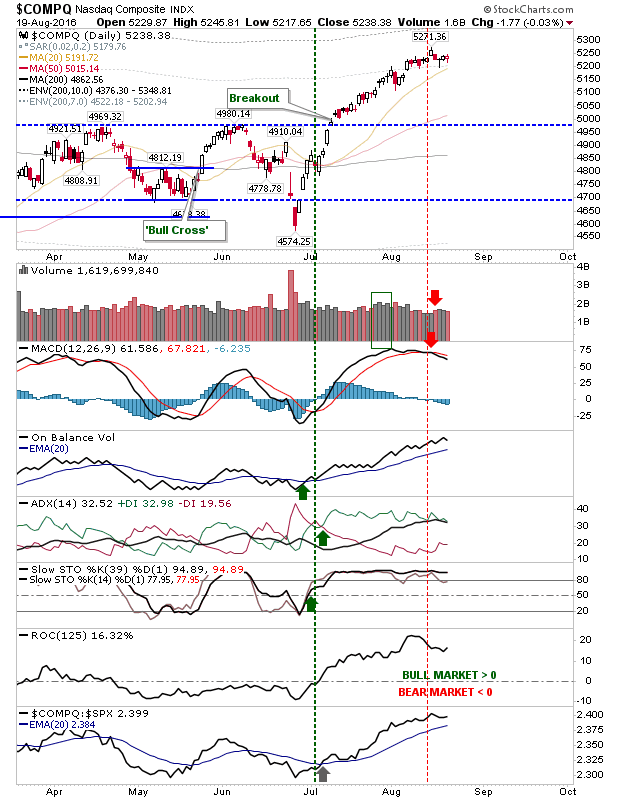 The S&P is running a very similar pattern to the Tech averages. As with the latter indices there is a well defined 'sell' trigger in the MACD, but it hasn't extended to other technicals. Bulls can probably look to a kick higher before profit taking becomes an issue - it looks like everyone is expecting new highs and so no one wants to commit to shorts or an early sell. 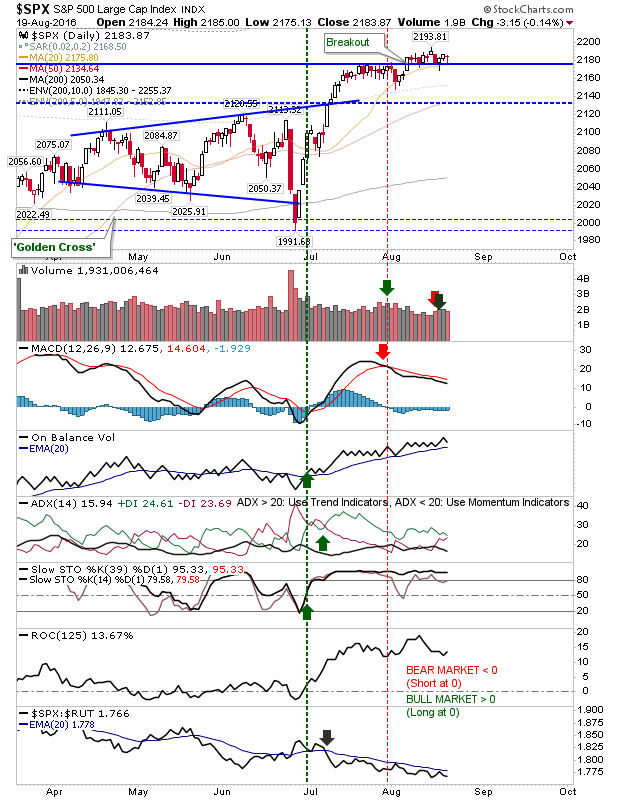 The index which may suffer selling first is the Russell 2000. Small Caps have underperformed relative to other indices, although last week they have started to find some love. A big week for the Russell 2000 would probably be enough to break consolidations in other indices to the upside. 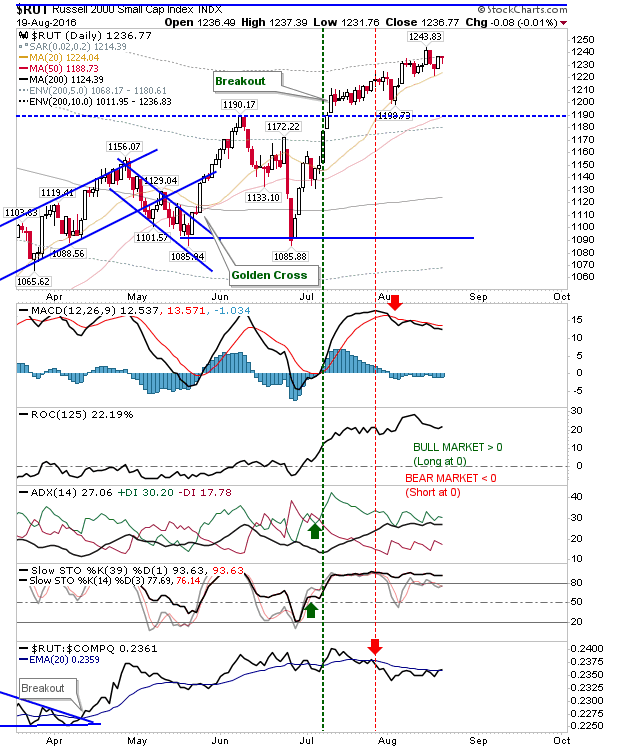 For next week, watch the Russell 2000 for leads. An undercut of the latter's 20-day MA might be enough to give shorts something to work with and may bring reluctant longs out of the woodwork to take profits.